Who doesn't like a good taco? Even better, though, is a free one! That's Taco Bell's new way of keep customers engaged with the brand by downloading its app.

Last week Taco Bell ran its second tacos-for-downloads campaign, which gives every new user who joins its rewards program, via the app of course, a free taco. Let's see if a taco is enough to get a download. 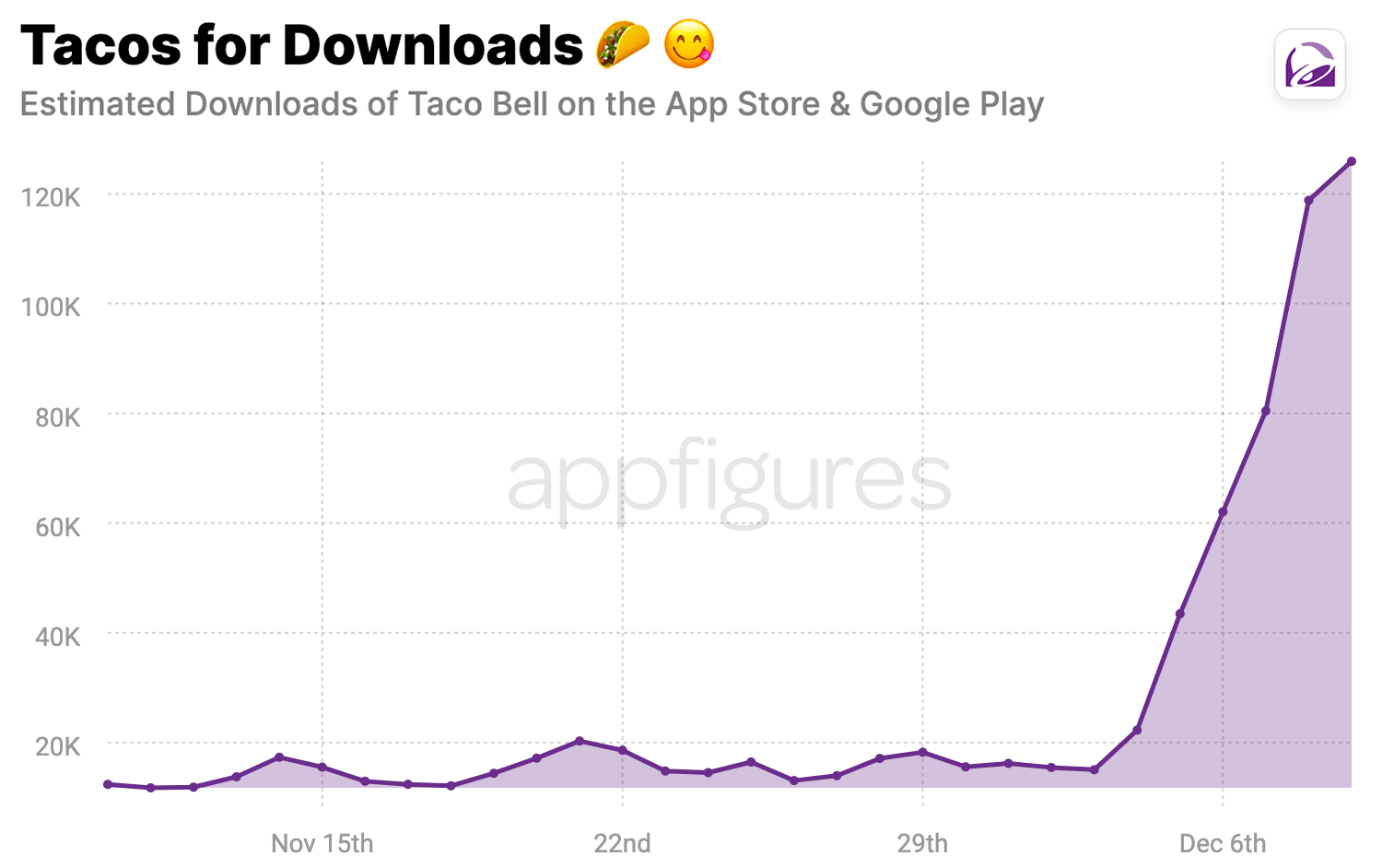 Yes. It certainly is!

Downloads started rising on Friday (12/4), going from an average of just 12,000 a day in the last month to a peak of 120,000 this Tuesday (12/8), according to our estimates. Most new downloads came via the App Store, which accounted for roughly 70%, with Google Play accounting for the remaining 30%.

Since Friday, Taco Bell's mobile app was downloaded by more than 326,000 new taco-loving customers across the App Store and Google Play. We're talking less than a week. For comparison, Taco Bell was downloaded a total of 422,000 times in the entire month of November.

Not as Big as the First Time

This is Taco Bell's second push for downloads using its new rewards program, which launched during the summer. While this current push is impressive, the first push was even more successful. 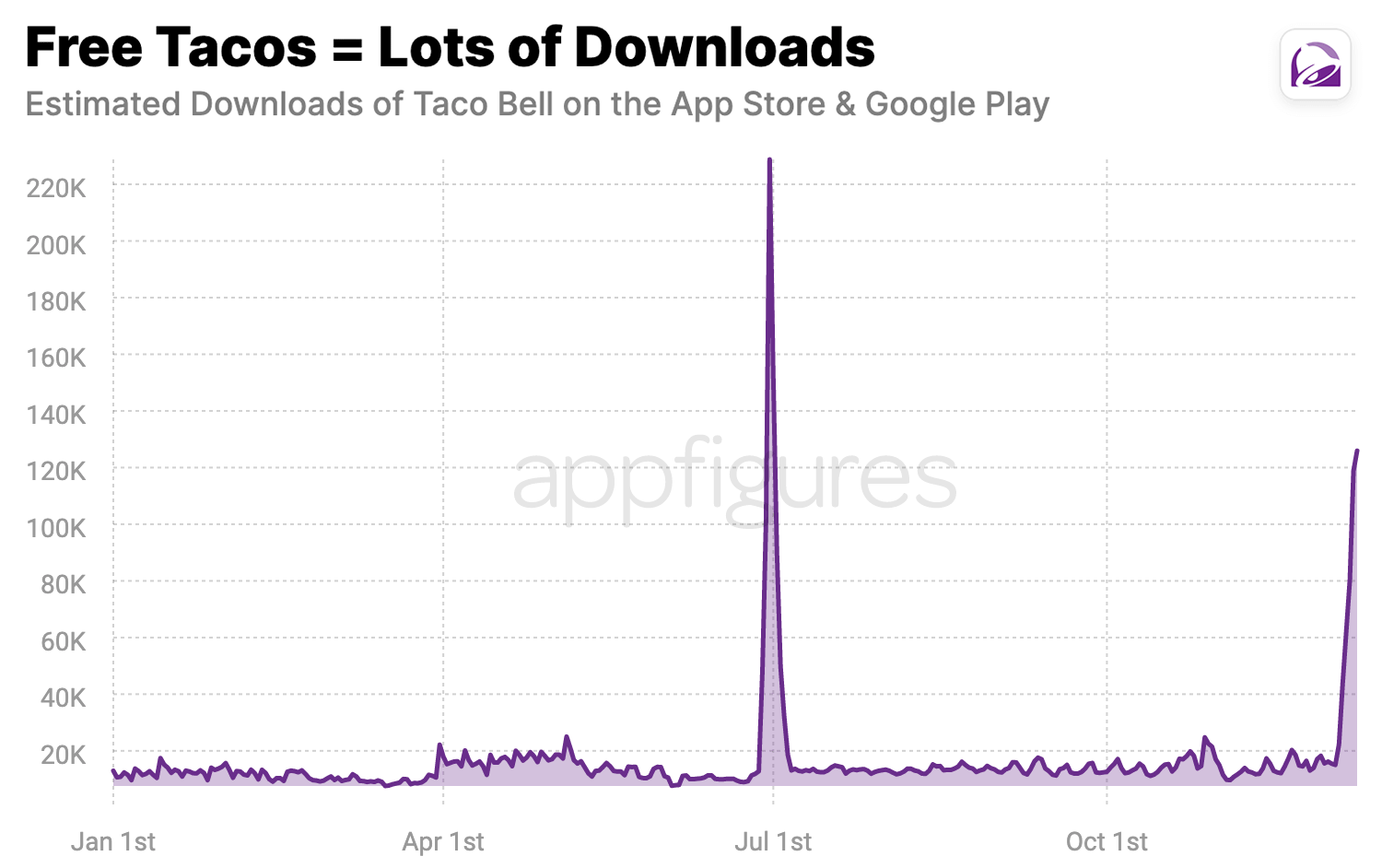 When the program was first announced, and free tacos were first offered to new customers, downloads rose to nearly 230,000 on June 30th, based on our intelligence. Although this was a one-day campaign, downloads didn't stop on the 30th. In the week following the campaign (including the 30th), Taco Bell registered more than 571,000 new downloads from iPhones and Android users.