T-Mobile gave its Scam Shield app a serious update last week and made some useful features free. Disliking robocalls and unwanted calls, T-Mobile customers didn't think twice before downloading it, pushing the app to #1 the U.S. App Store and earning it an estimated 150,000 downloads across both platforms. 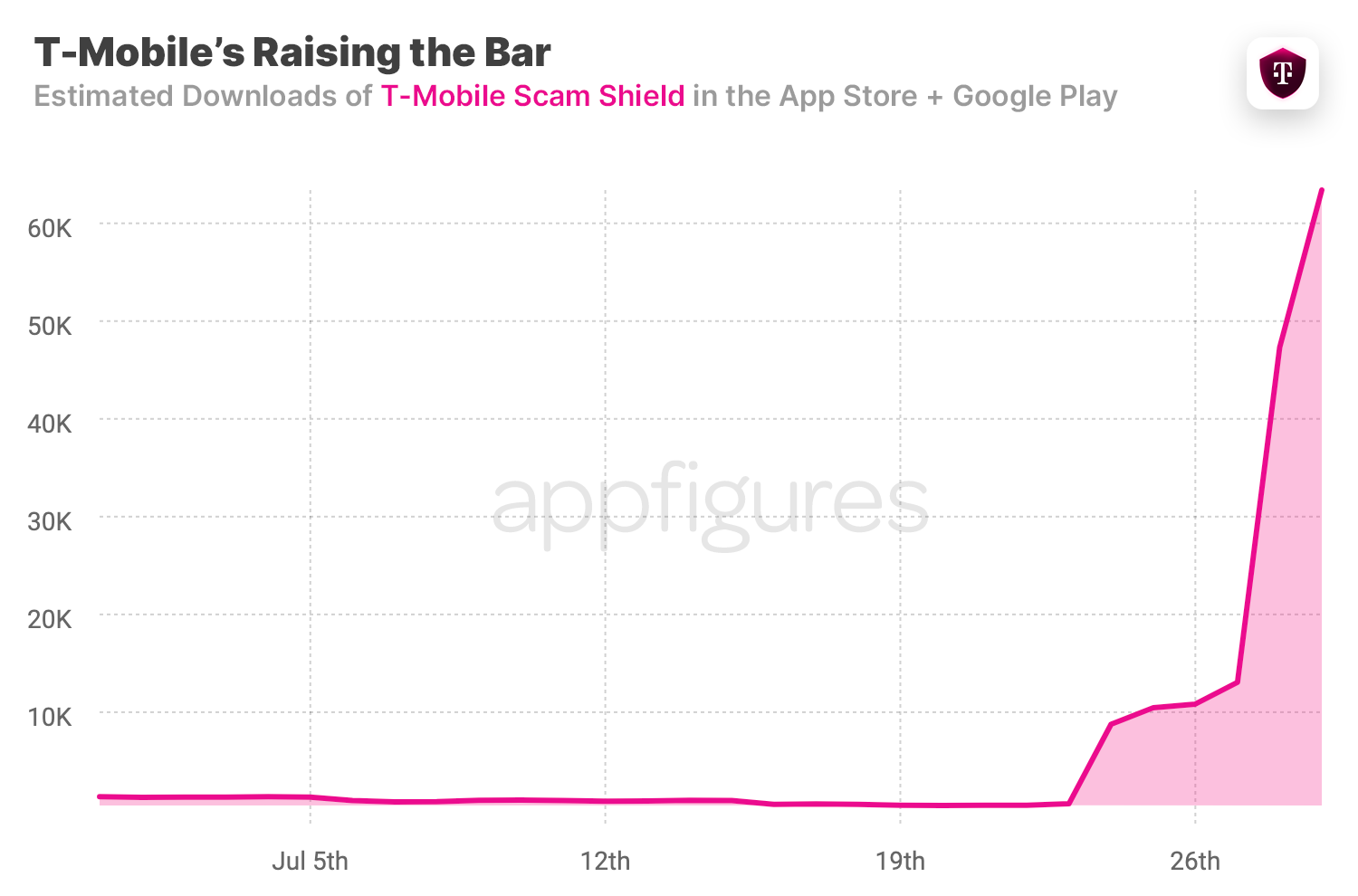 Basketball's back, and everyone is excited about it! So excited that they're subscribing to watch games using the NBA app at a rate like never before.

Last Thursday, the NBA's mobile app recorded a new all-time high earning $206,000 in a single day in the U.S. App Store according to our estimates. The previous all-time high, at the end of October of 2019, was $169,000, based on our app intelligence data. 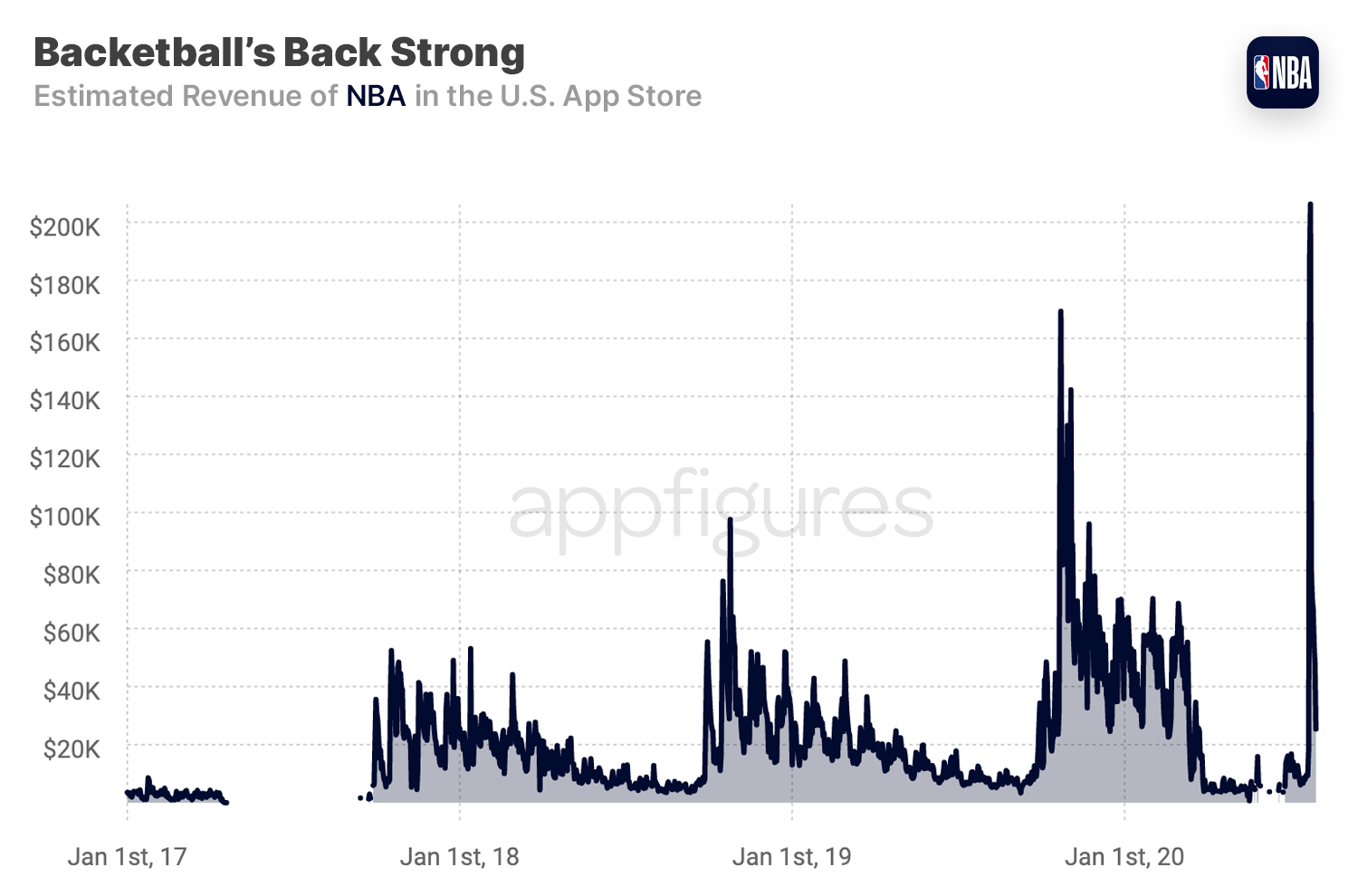 Another winner from the NBA's restart is TV channel TNT, which has streaming rights for NBA games. On Thursday, TNT's streaming app started climbing the top charts in the App Store, where it's now #3 in the Entertainment category. They started the week at #130. 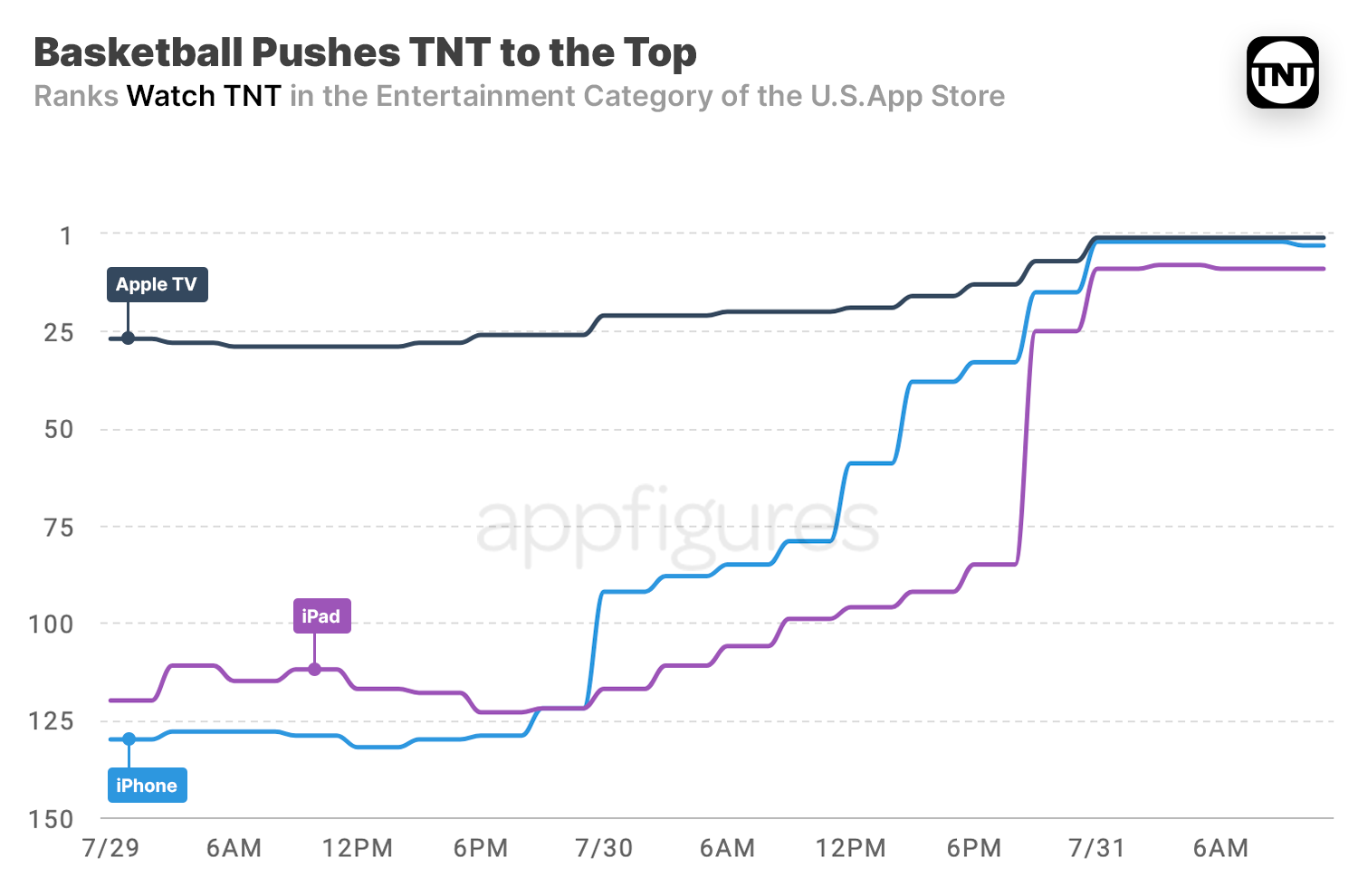 Last week I highlighted Pokémon Go's all-time high for single-day downloads, and this week there's another—Revenue! Excited for Go Fest, U.S. players showed just how much they love the game with their wallets. The game hit a new all-time high on Saturday, with an estimated $1.7 million in revenue in the U.S. App Store. 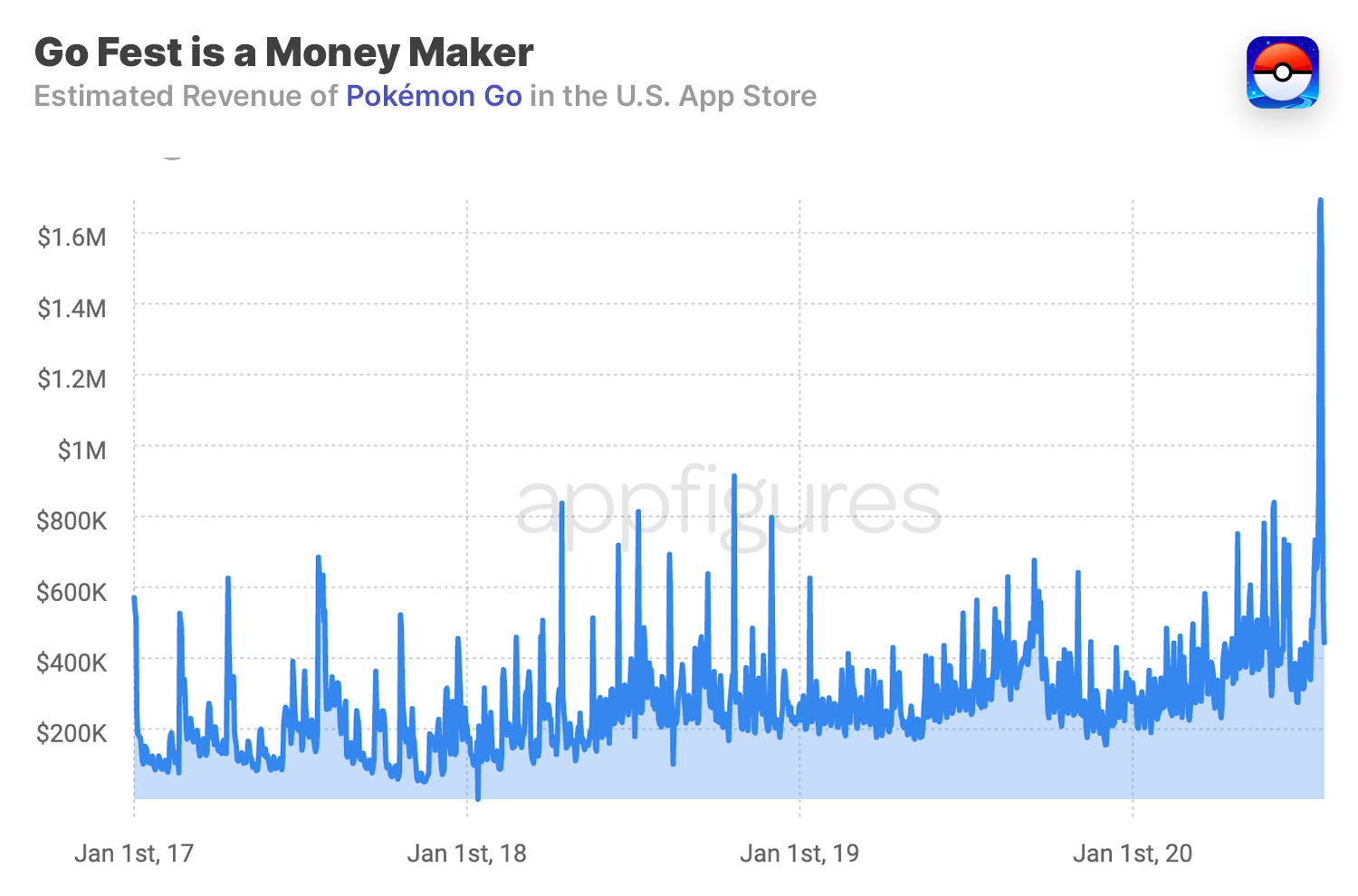 While all eyes are normally on TikTok, another app has been gaining a lot of momentum, and revenue, by letting people live-stream their lives.

The app is called BIGO Live, and since the beginning of 2020, they've nearly doubled their revenue in the U.S. App Store - to nearly $2 million per week, based on our revenue estimates.

And yes, BIGO Live is owned by a Chinese company and has been banned in India. 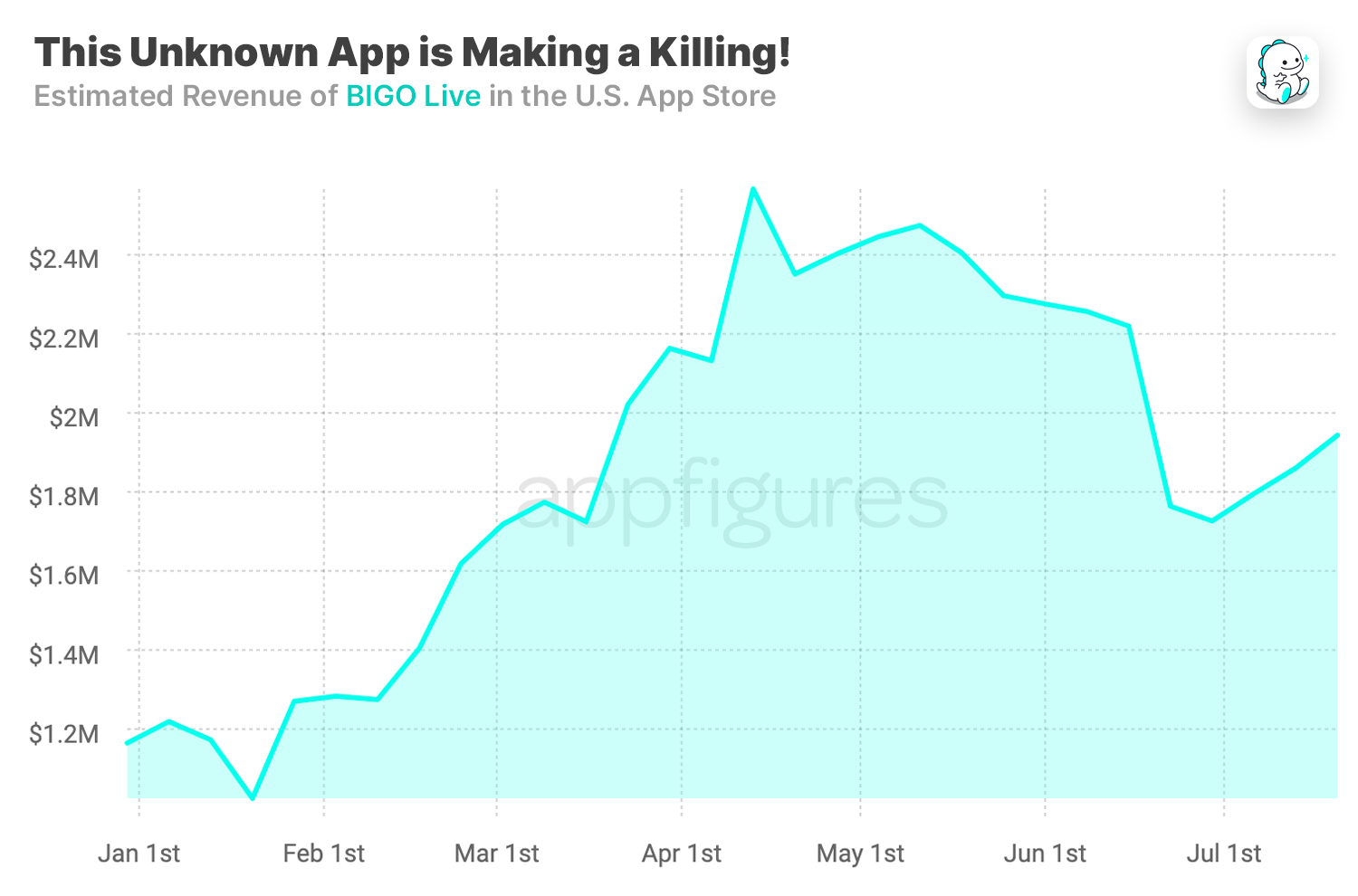