Uber's primary business has always been its ride-sharing service. Although Uber Eats also existed, it was always secondary. Then, the world went into lockdown, and everything flipped for Uber. As downloads of Uber's main app took a significant hit during lockdown, down more than 80% according to our estimates, secondary stream Uber Eats maintained its stride and even grew for a few months.

Early into lockdown, we estimate downloads of Uber Eats grew more than 30% globally. 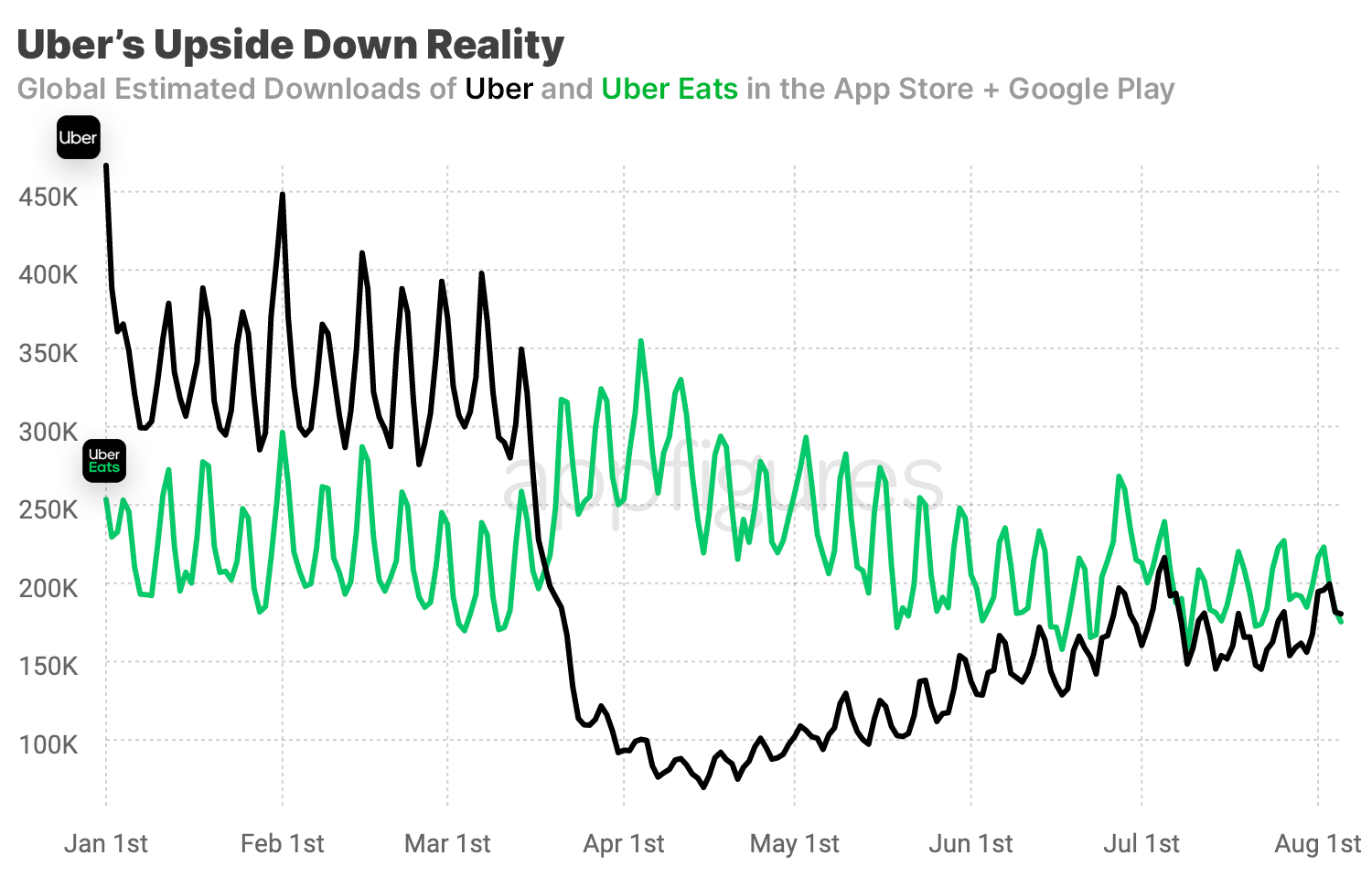 Fortnite crossed 100 million downloads last month according to our app intelligence and used that impressive number to convince investors to give it a massive funding round of $1.78 billion. That's right, billion with a b. Fortnite has had a fantastic run since its launch on the App Store in 2018, but lockdown downloads + getting into Google Play have given the title a strong push. 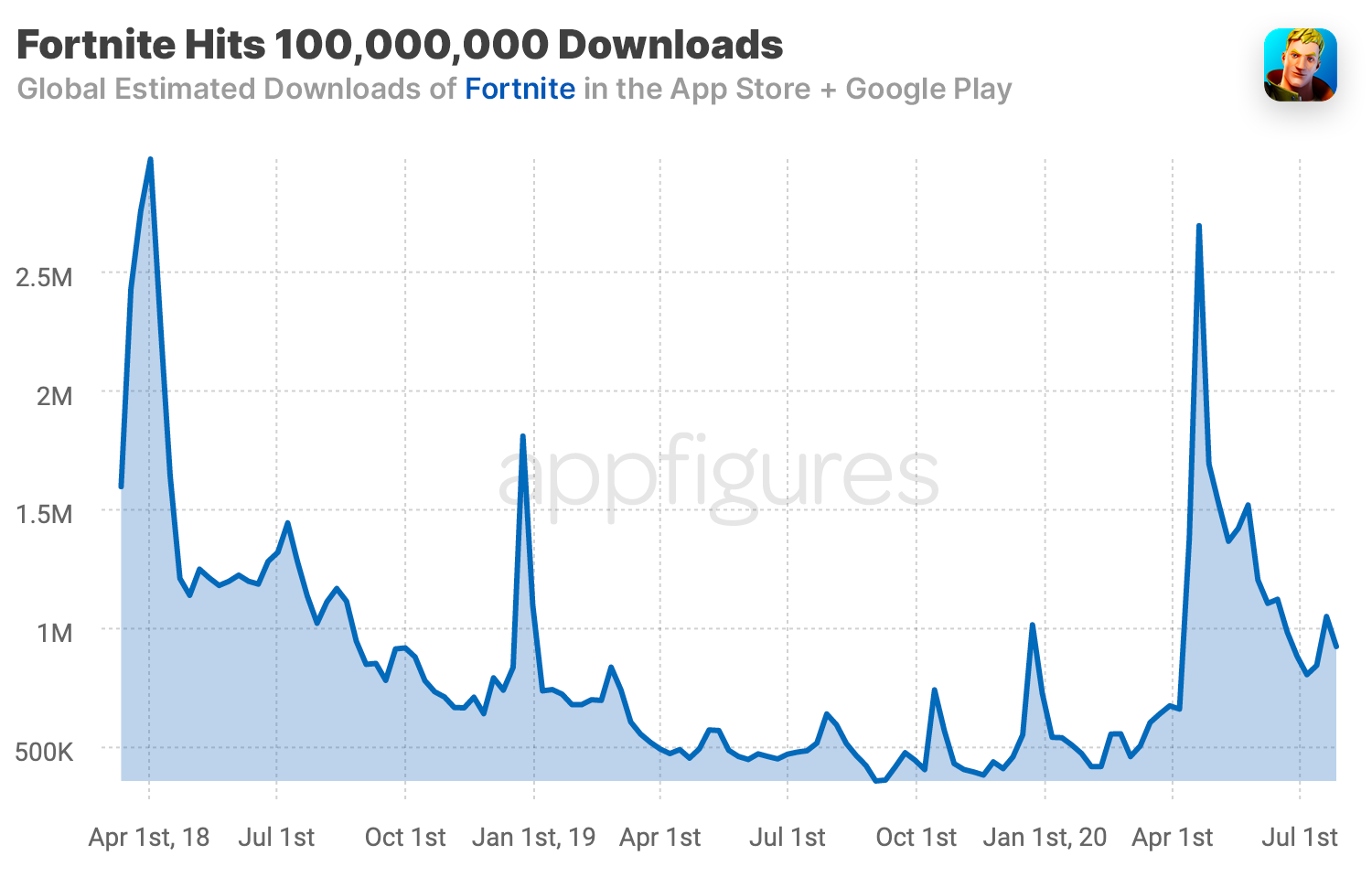 One app that's recently made the news as a potential TikTok replacement is byte, a social video platform from the original maker of Vine. It was released earlier this year but didn't really catch on. Fast forward eight months, and it still hasn't, but... with every jab TikTok takes in the U.S. byte gets another spike in downloads.

Last weekend, as the U.S. threatened to ban TikTok, downloads of byte spiked, bringing in a little over 500,000 new downloads. 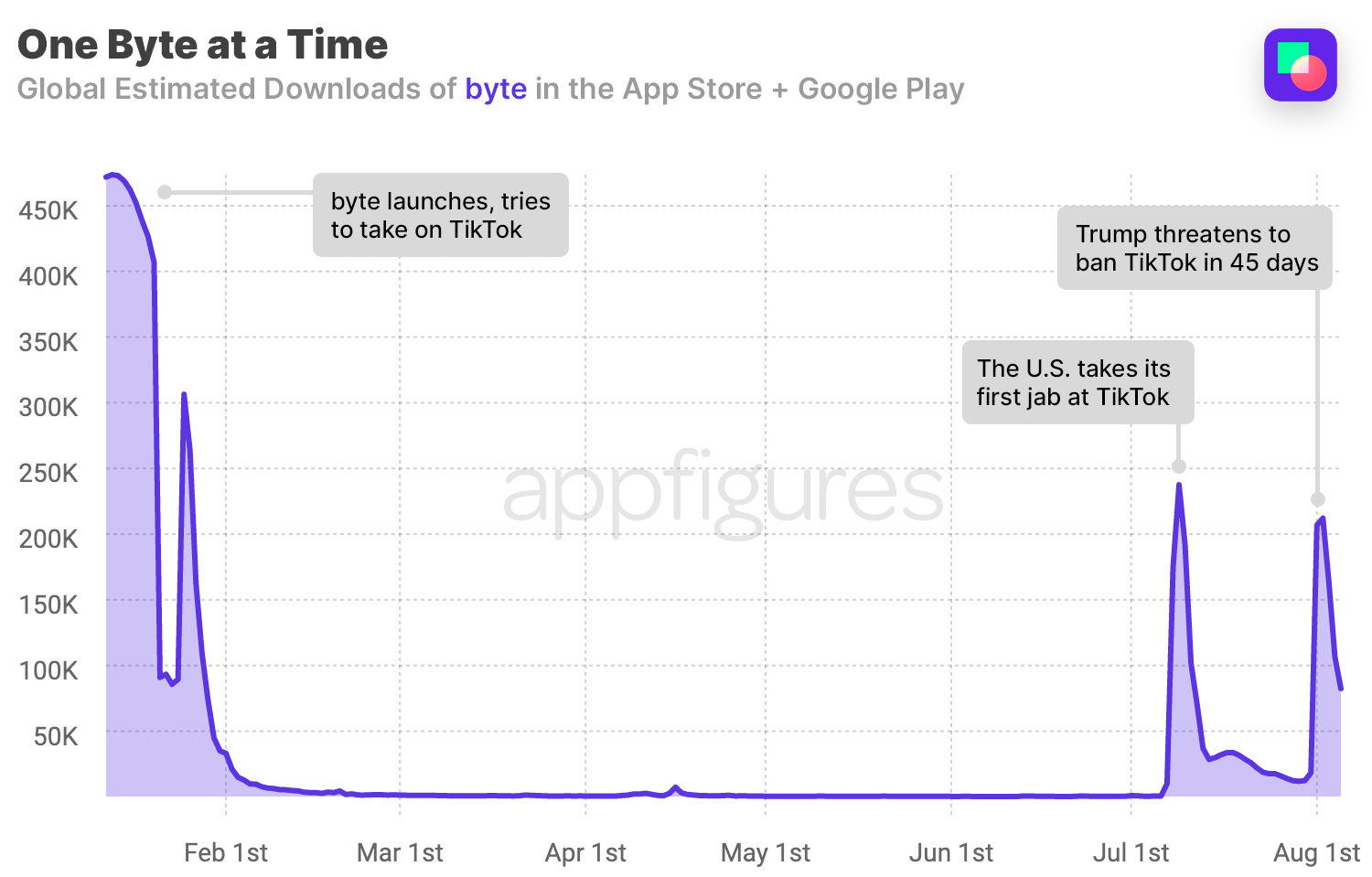 TikTok is in the news (and this newsletter) very often for its downloads, but what's even more interesting is its in-app revenue. Like Twitch, TikTok sells in-app currency (called coins), which users can gift to creators they like.

Like Twitch, TikTok users have been buying coins by the bucket during lockdown, pushing weekly revenue in the U.S. App Store to more than $2 million in March, and around $1.25 million last week based on our app intelligence. 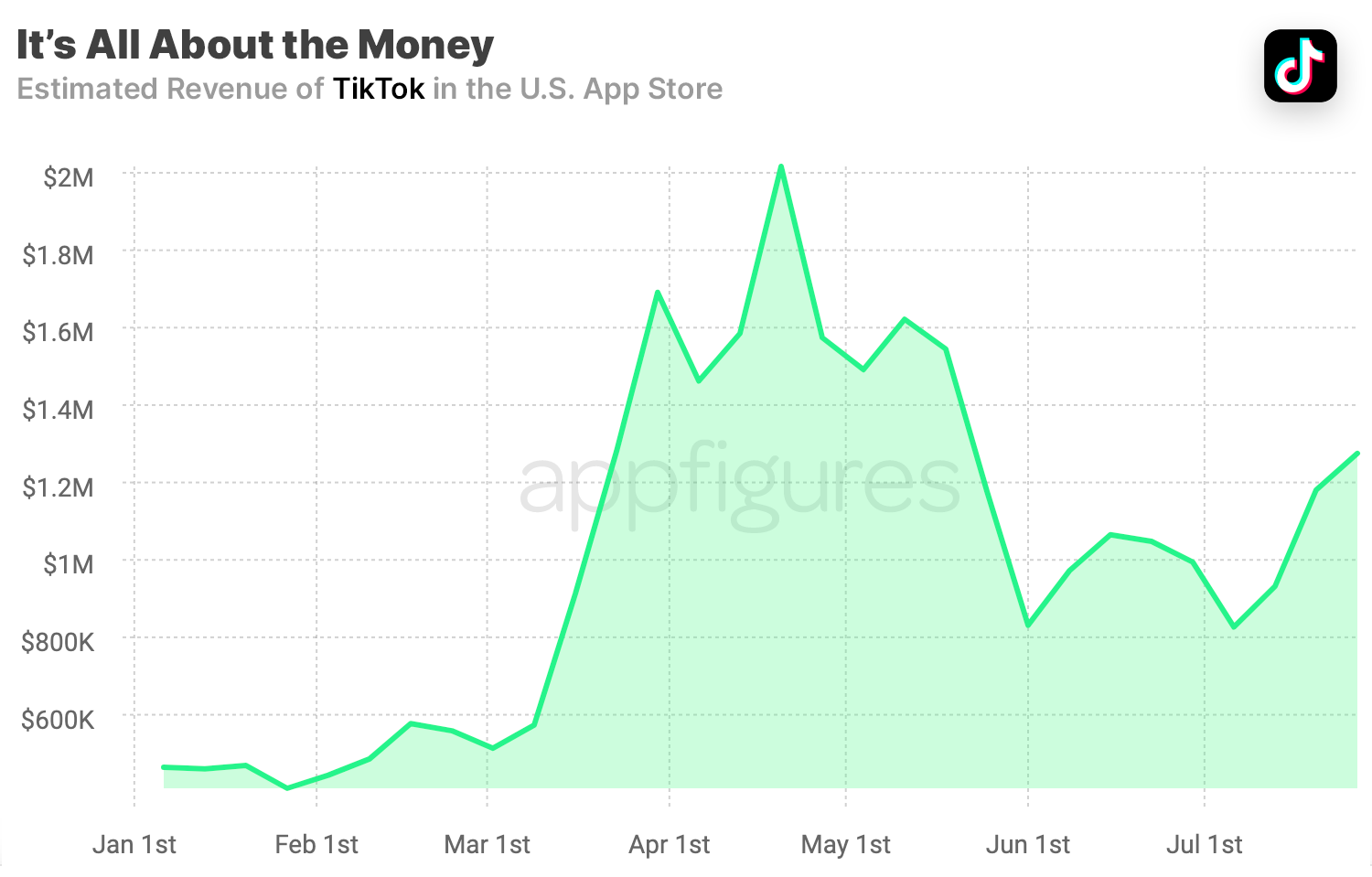 Yes, that's a real thing! over the last few weeks, Swimply has been gaining traction. The app connects pool owners with pool wanters, so the former can make an extra buck while the latter splashes (safely) outside.

Our estimates show downloads shot up over the last few weeks, netting Swimply its best day so far this Wednesday, which brough in more than 4,000 new downloads across the App Store and Google Play. 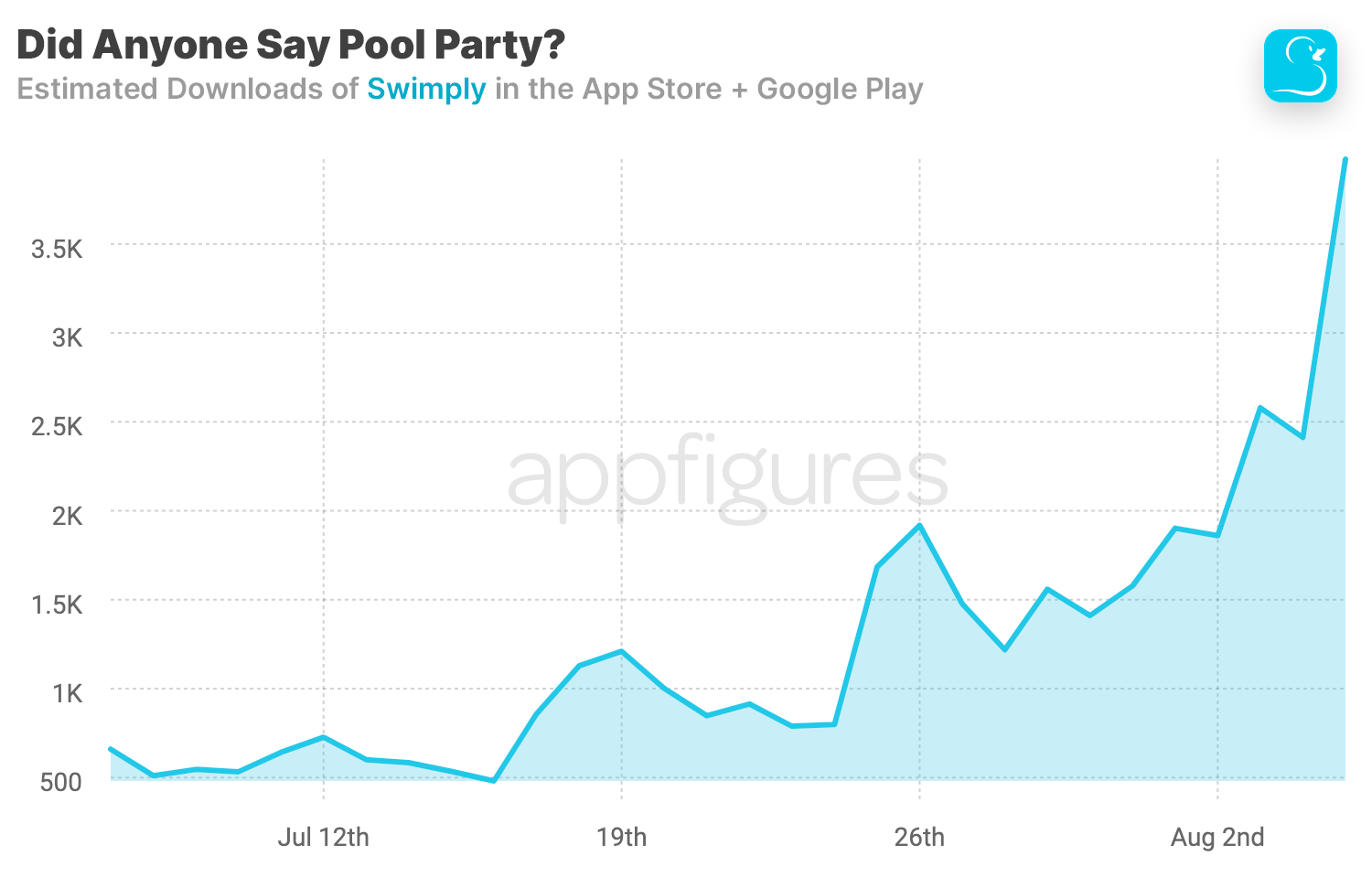