AMC is bringing normal back. Over the last few weeks, the movie theater giant has re-opened nearly 300 locations, welcoming those who are tired of the streaming sludge. Or is it the popcorn?

Downloads climbed nearly 10x to an estimated 20,000 weekly downloads last week, up from just about 2,500 downloads in the last week of July. 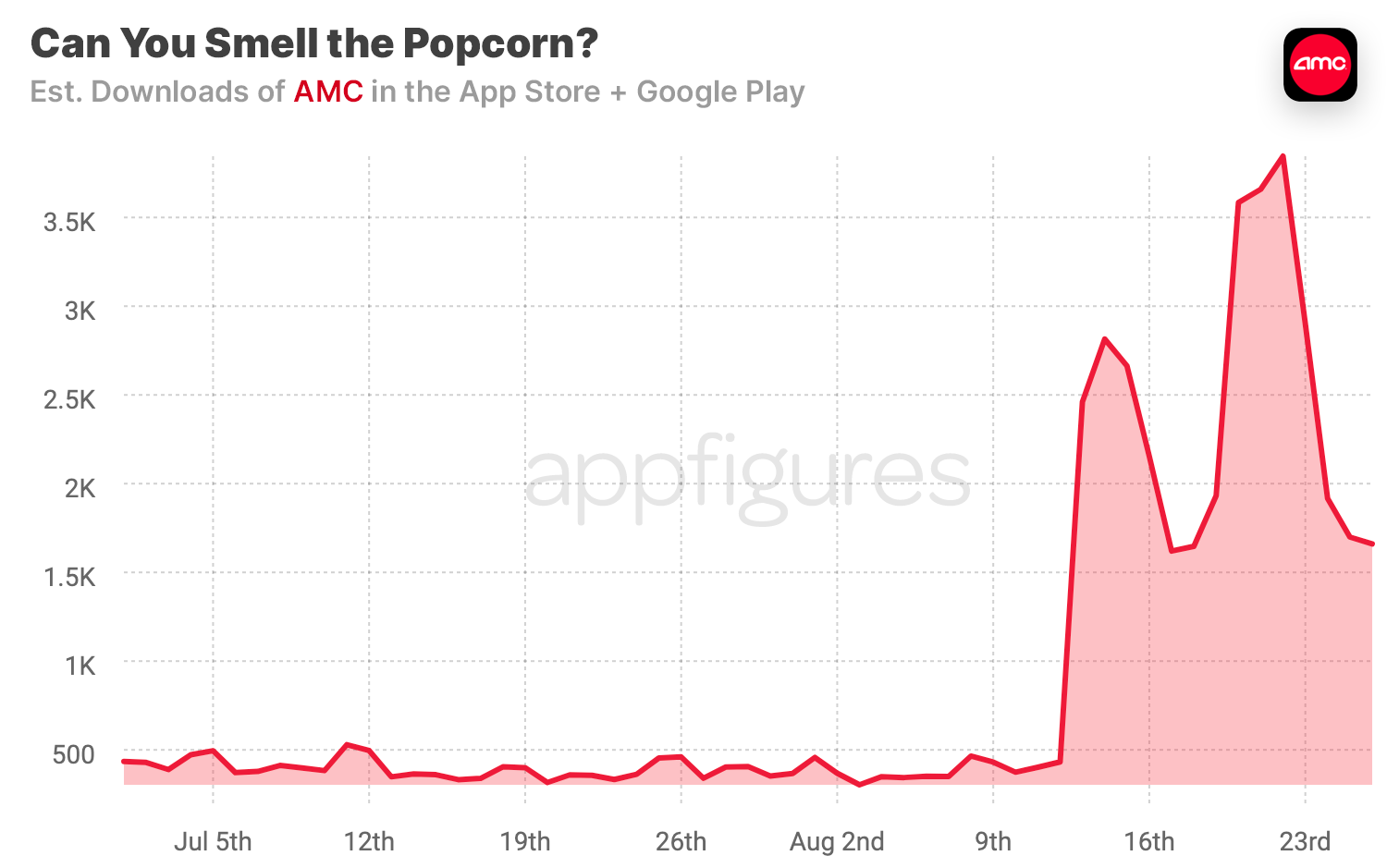 While nice, AMC has a long way to grow to get back to "normal," which means 65,000+ downloads per week, last August's average.

All about that face

Face swapping has, again, taken over the App Store. This week, Reface, an app that swaps your face into celebs videos has climbed to the top of the US charts.

This week, Reface posted its best day of downloads with an estimated 103,000 downloads in the US App Store and 234,000 globally. Since launching in January, the app was downloaded by 6.2 million iOS devices according to our App Intelligence. 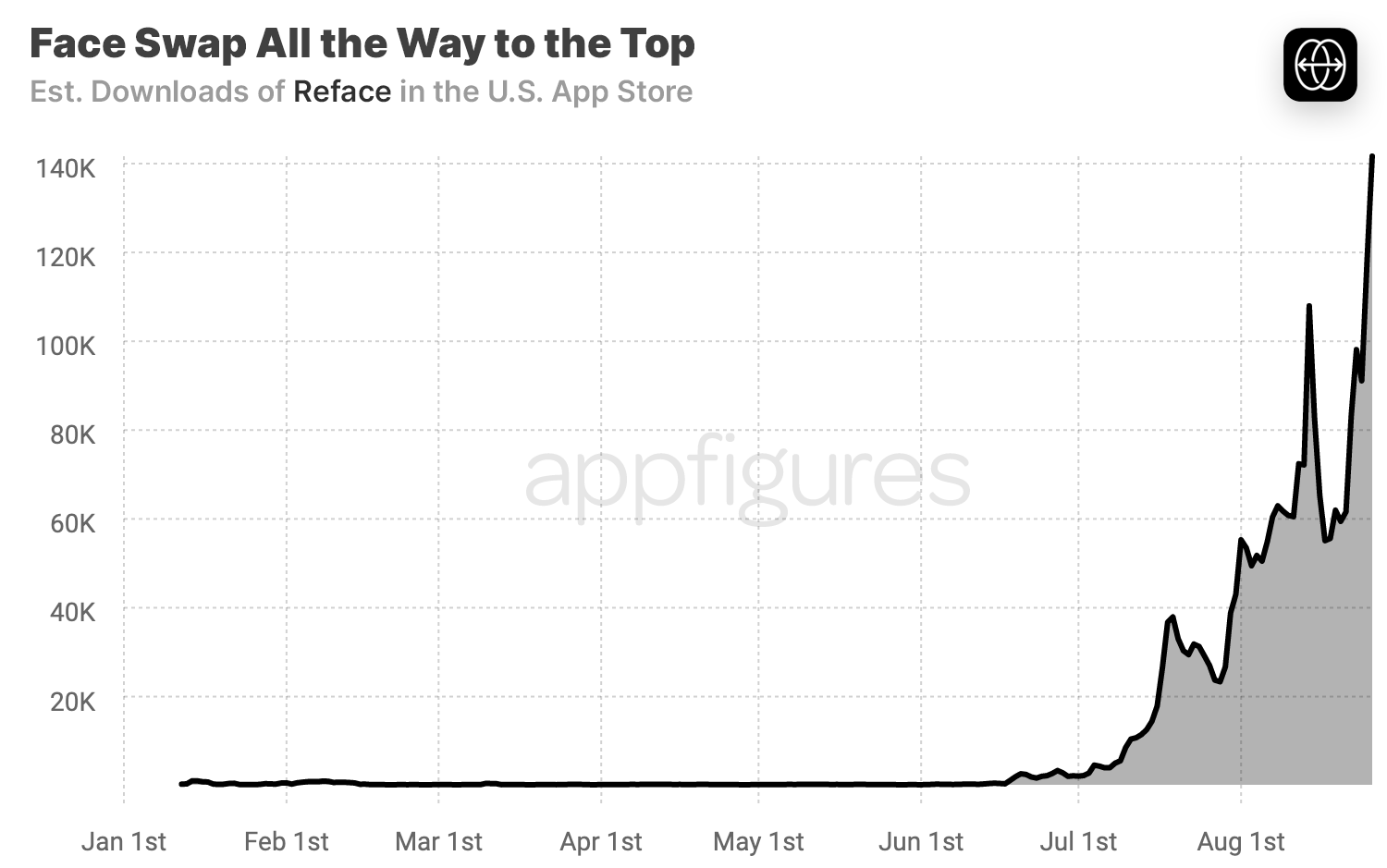 It's worth noting that downloads on Google Play are where Reface gets most of its new users. So far, it was downloaded by an estimated 17.7 million Android devices globally.

Our first IPO this week is project management platform Asana. Although Asana's app isn't the only way to interact with the platform, it's a great proxy for its success.

This year Asana's iOS and Android apps were downloaded more than 350,000 according to our estimates, taking a small hit in April but rebounding back in May.

Matched up against direct competitors Trello, Monday.com, and Jira, Asana is a clear #2 to Trello, but with a very large margin. Viva la freemium? 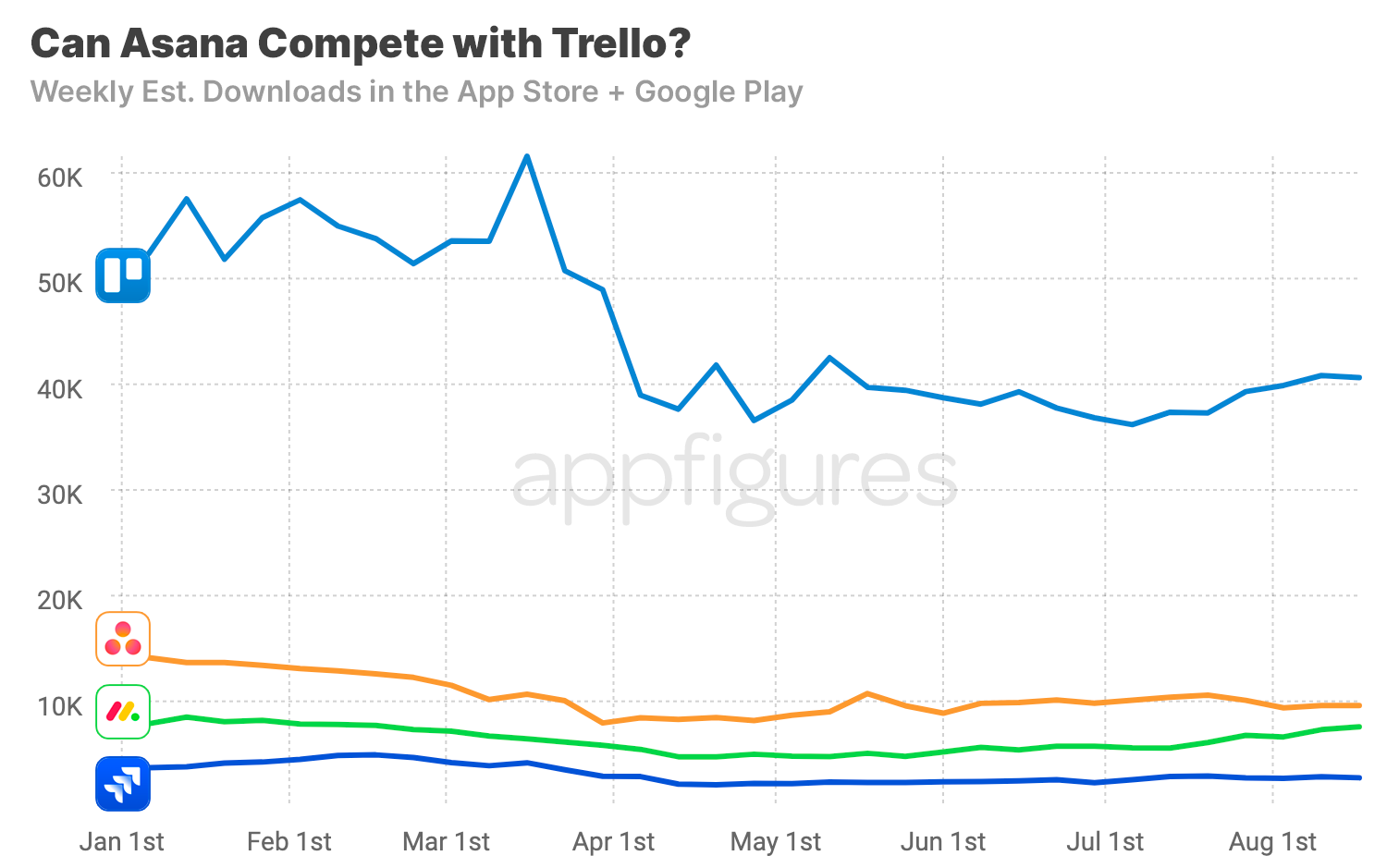 If you've been around mobile for long enough, you know that Unity is pretty much the non-native way to make games. Sure, there are alternatives, but not as accessible and popular as Unity, this week's second IPO.

It'll come as no surprise that Unity is, by far, the dominant development tool for games on both the App Store and Google Play. Unity is under the hood of more than 220,000 iOS and Android games, according to our SDK Intelligence. That's about 13% of all iOS games and a whopping 36% of all Android games currently available for download.

Some of the most popular games on the App Store and Google Play are built with Unity. 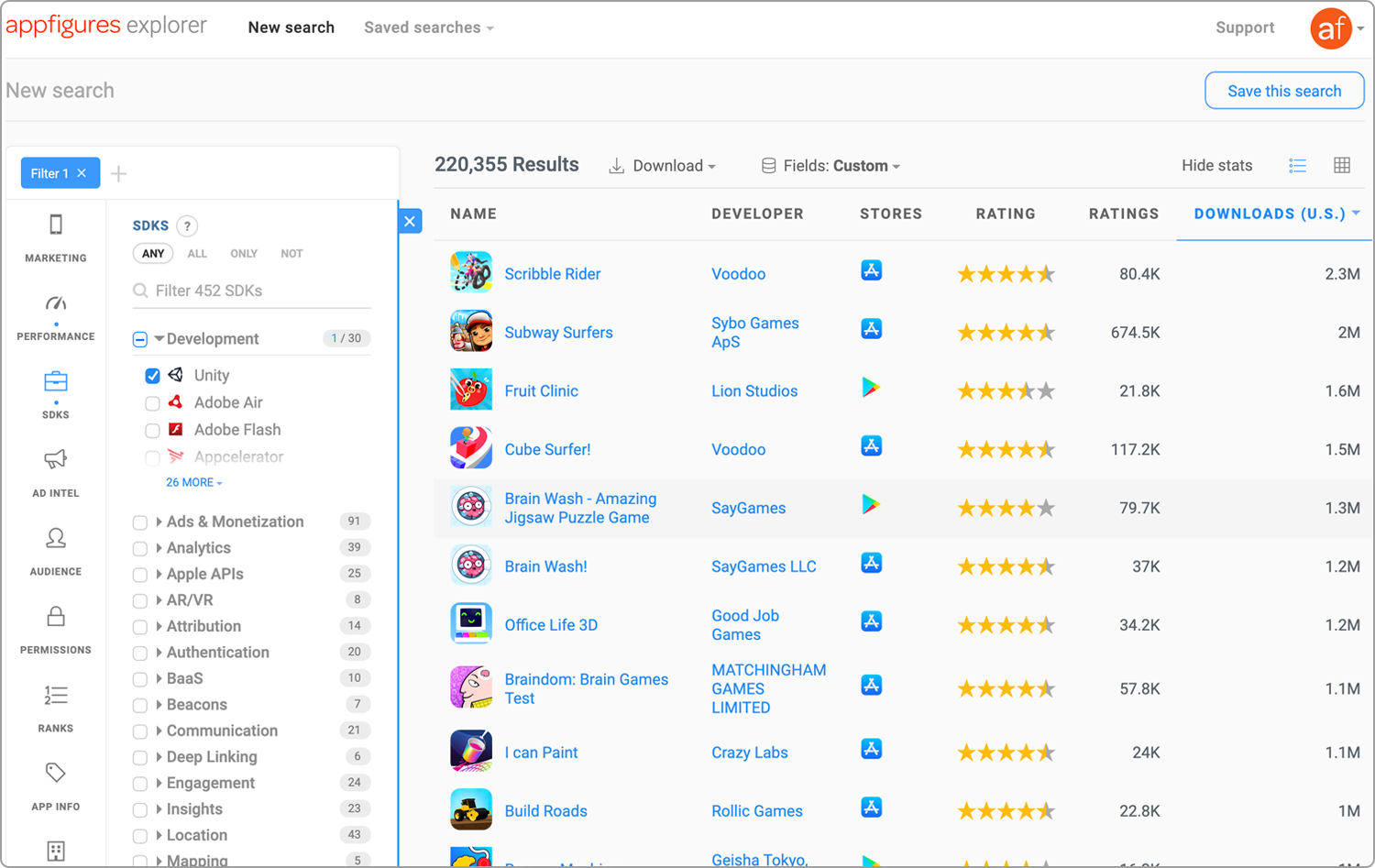 Telehealth is pretty convenient, and with COVID and a lockdown, Telehealth became even more popular. Amwell, the third IPO I've been watching this week, has seen good growth this year.

But... they have some growing to do to really start taking a bit of the multi-billion download pie. 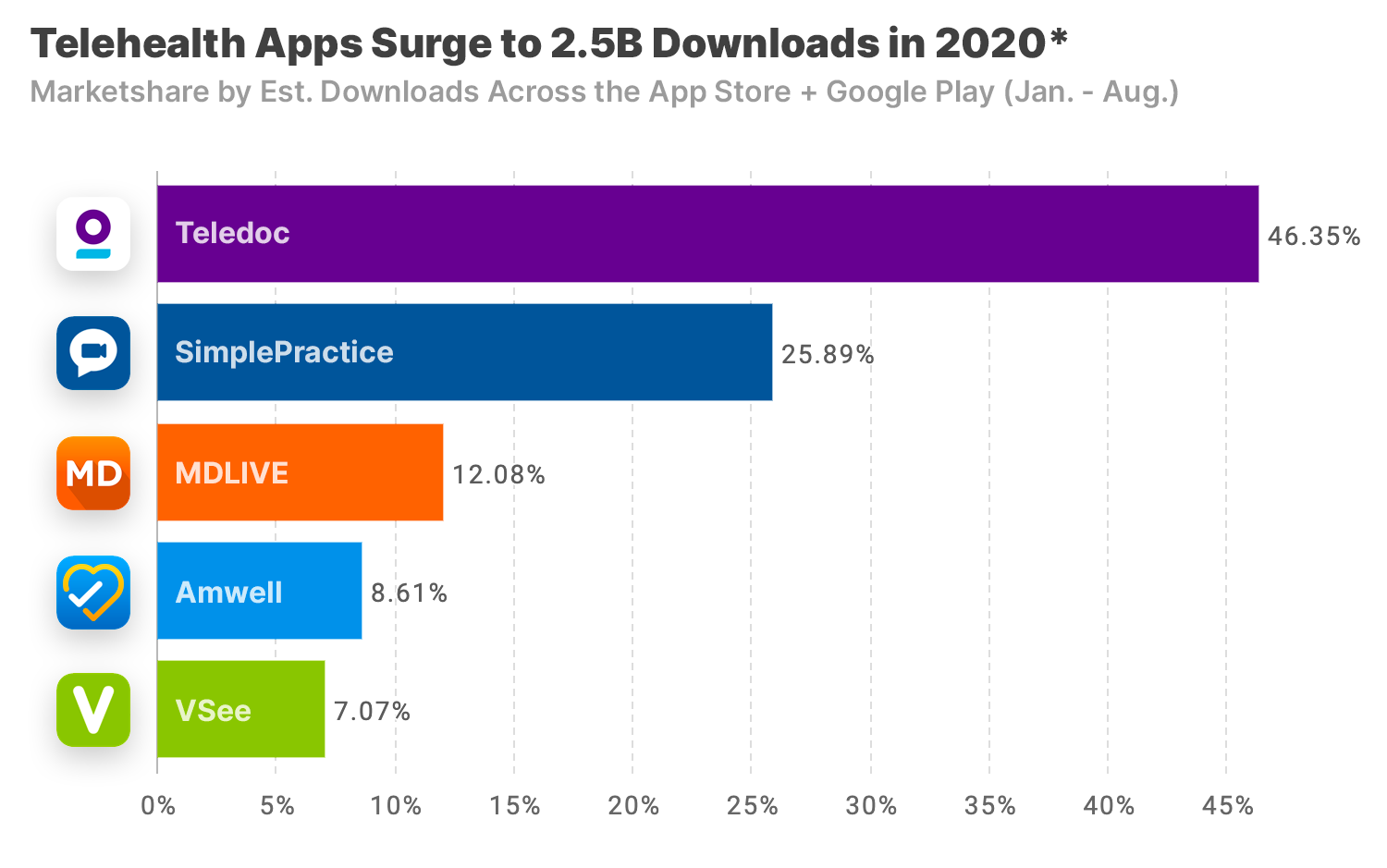