Indie team game Among us, which we covered last week, has maintained its #1 position on the App Store and Google Play, with no signs of letting go. Yay for Indies!

U.S. revenue continued to grow this week, hitting an estimated high of $135K on Wednesday. In total, Among Us raked in more than $1.1M in the U.S. in the last 30 days, with roughly 80% coming from the App Store and 20% from Google Play. 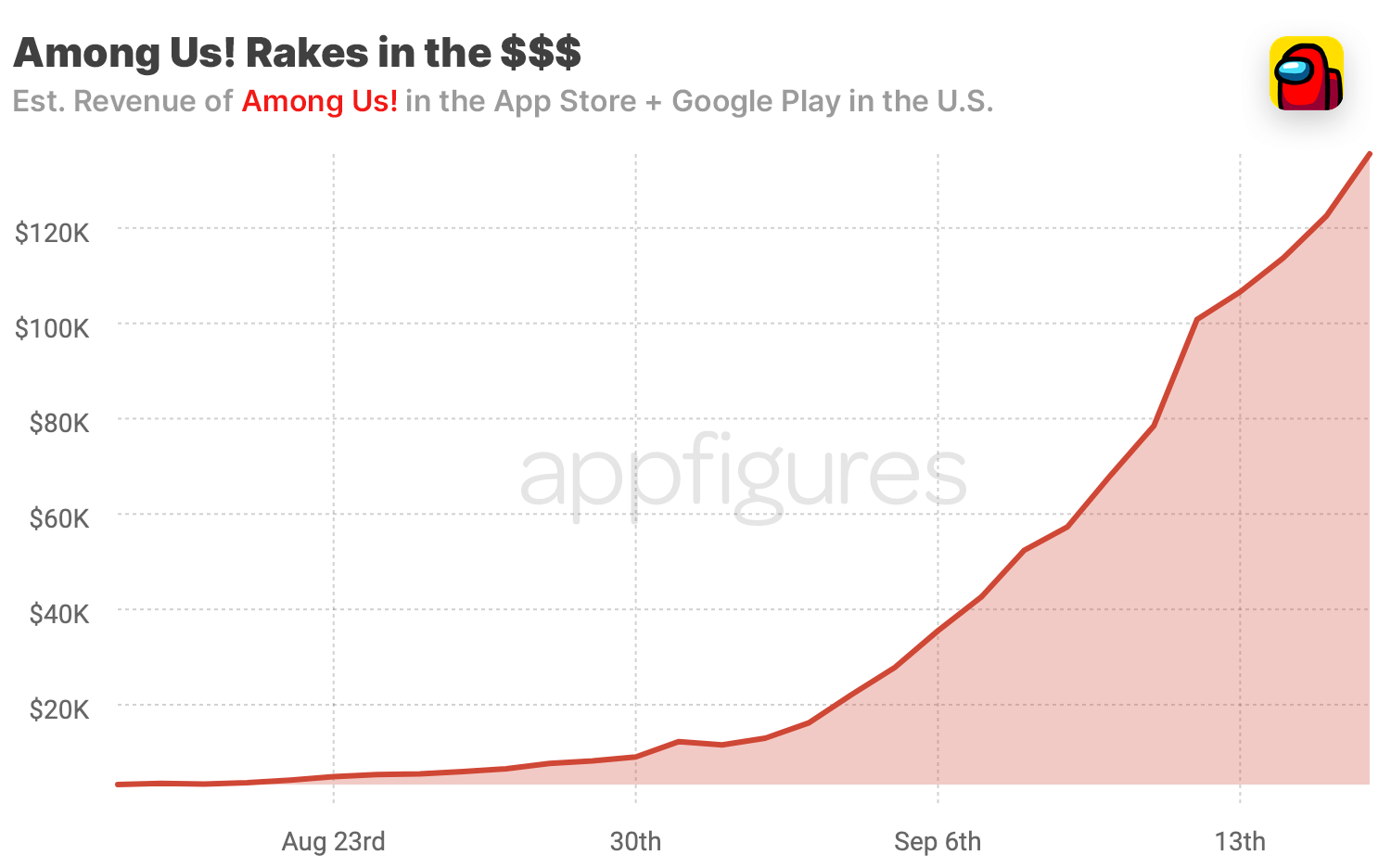 This week a new kind of app has taken over the Weather category in the U.S. — Apps to check air quality.

Wildfires are raging up and down the west coast, causing smoke that makes the air quality in the region one of the worst in the world, and creating new demand for air quality apps.

Several apps, lead by the EPA's AQI app, have risen to the top of their category. We estimate that daily downloads of the top 5 apps dedicated to air quality grew 5,000%, from mere hundreds earlier this summer to nearly 50K last Sunday.

sendit, a game for Snapchat, has seen downloads grow 100x in the last week. sendit, which has a 3 line description in the App Store (+ the boilerplate subscription disclaimer), “gamed” its way to the top by using the word “Snapchat” in its name.

And it worked! According to our estimates, daily downloads rose from about 1,000 earlier this summer to 82K last Friday. This week downloads have stabilized at 75K.

The app did change its name as soon as it caught on, likely to prevent a massive lawsuit. Better ask for forgiveness than permission? (I’m not recommending this, by the way!) 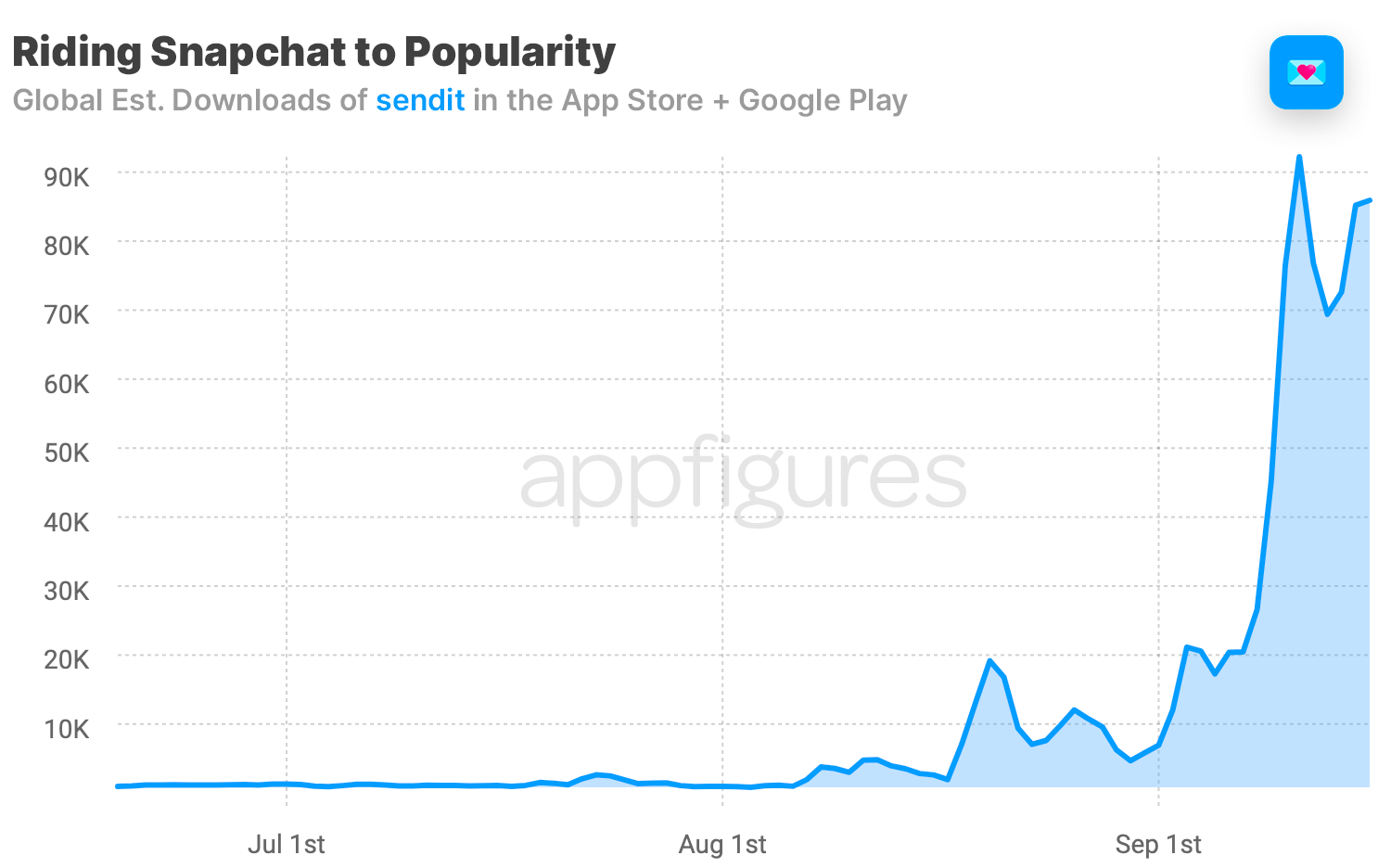 Short show streaming service Quibi, which we’ve looked at before a few times (including an App Teardown earlier this week), finally showed off its tech, and it lead to a big spike in downloads.

The first show to use Quibi’s Turnstyle technology, a feature that changes the experience when changing your device’s orientation, was released earlier this week, leading to more than 93K downloads, according to our estimates. A 100% growth when compared to earlier in September. 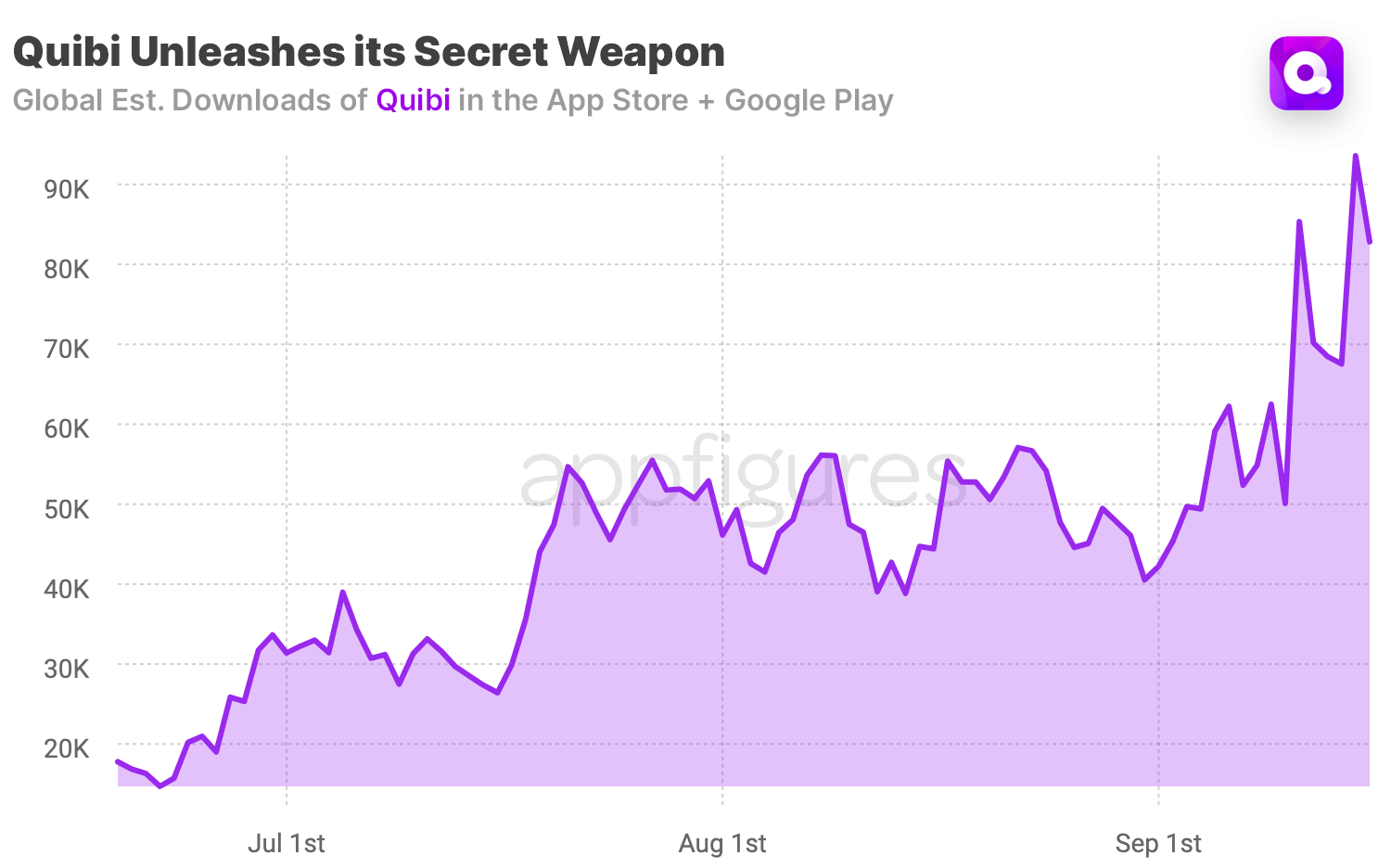 Of downloads for Microsoft Teams, that is. The office communications app that stole the show from Slack during lockdown has seen downloads nearly double this week, based on our estimates.

Microsoft Teams ended last week with 4.3M estimated downloads across the App Store and Google Play globally, up from 2.8M in July.

While U.S. downloads have remained stable, countries including Russia, South Korea, and Saudi Arabia have been the driving force behind this growth, some growing as much as 50x. 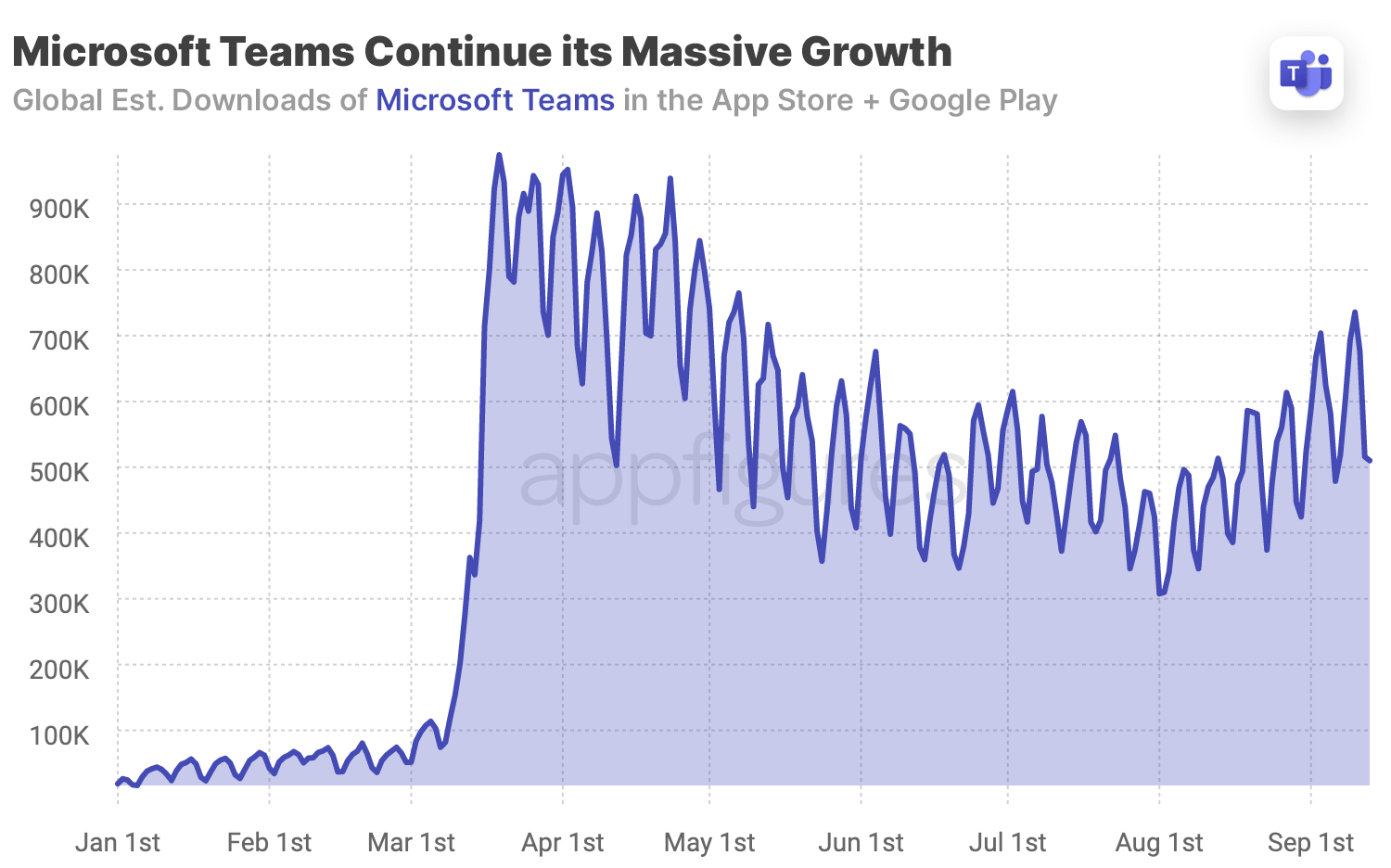