Is the Mac App Store Thriving?

I rarely talk about the Mac App Store, and that's because not much goes on there... But this week, I wanted to quantify that gut feeling by looking at how active the store is.

The short answer is, it isn't. 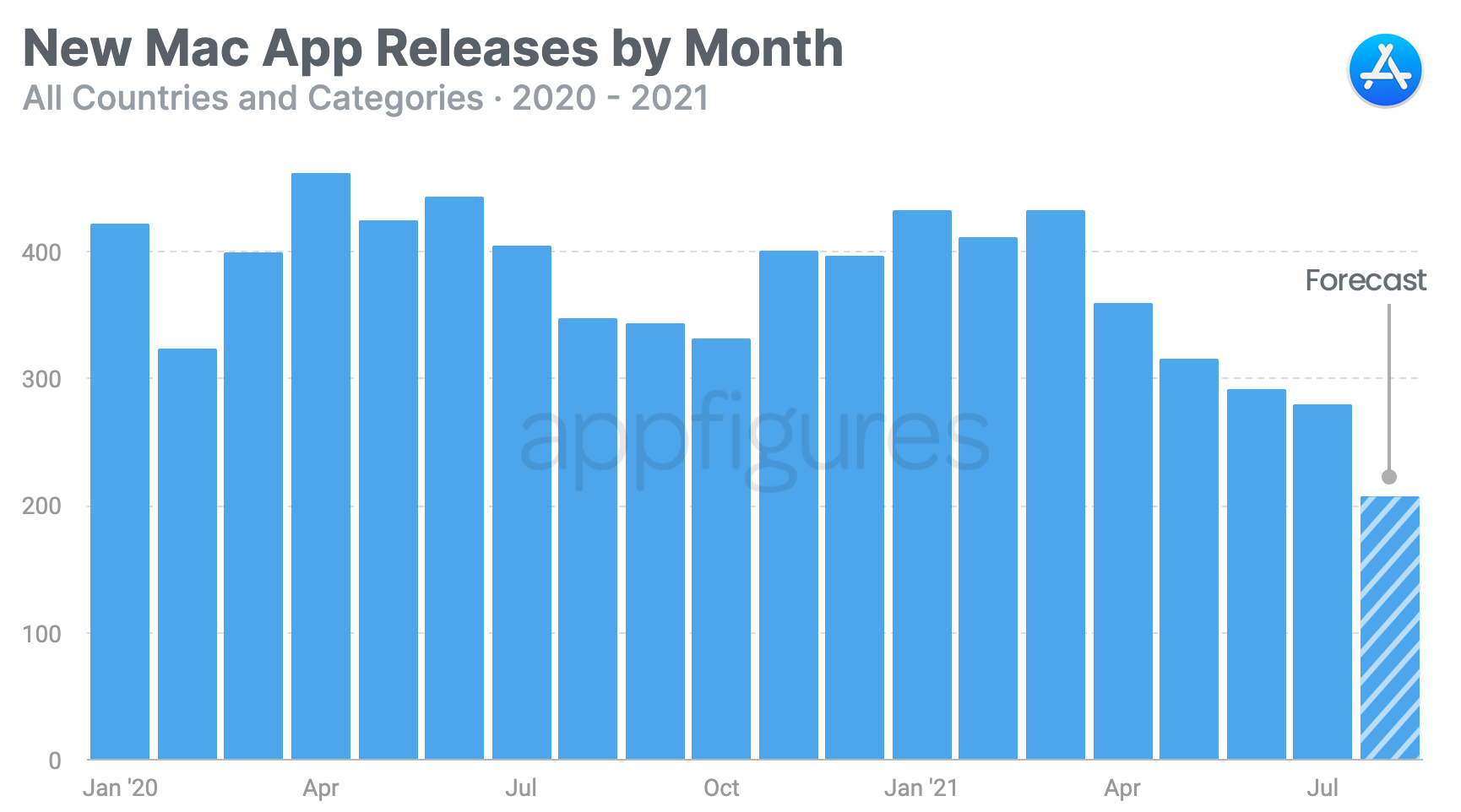 The slightly longer answer is, it isn't and it's only slowing down.

In 2020, developers released, on average, 392 new apps to the Mac App Store every month. The actual figures range between the low 300s and low 400s, so the average is a fair estimate.

But our story continues because so far in 2021, the average number of new Mac apps has dropped to 343, with the variance growing drastically and the low end dropping into the low 200s.

So what? With the new M1 processor, the promise of iOS apps on desktop became real, and I see a lot of potential there for many developers. But... the way I see it, this can go in two very different directions. Once enough M1-equipped computers are in the hands of consumers, and given how many apps will become available instantly, users will be forced to use the Mac App Store to get apps. Or, another possibility is that because the Mac App Store isn't a destination at all, users will skip the experience altogether and continue to use iOS apps where they were intended to be used, on phones, and this opportunity will die.

I would love to see the former, but without major changes from Apple, I'm ready for the latter.