This is a single insight from This Week in Apps #92 - Just Super. Check out the full article for more insights.

A few months ago, Twitter launched Super Follows, a way for users to subscribe to exclusive content from creators. If you've been following this newsletter, you know that I think this way of directly rewarding creators is a necessity for the future, so I was excited.

But... the initial launch was more of a test. It was only available to users in the US and Canada, on an iPhone, and with a limited set of creators offering exclusive content.

In its first month, Super Follows earned just $11K of net revenue for Twitter, according to our App Intelligence. Not very much... 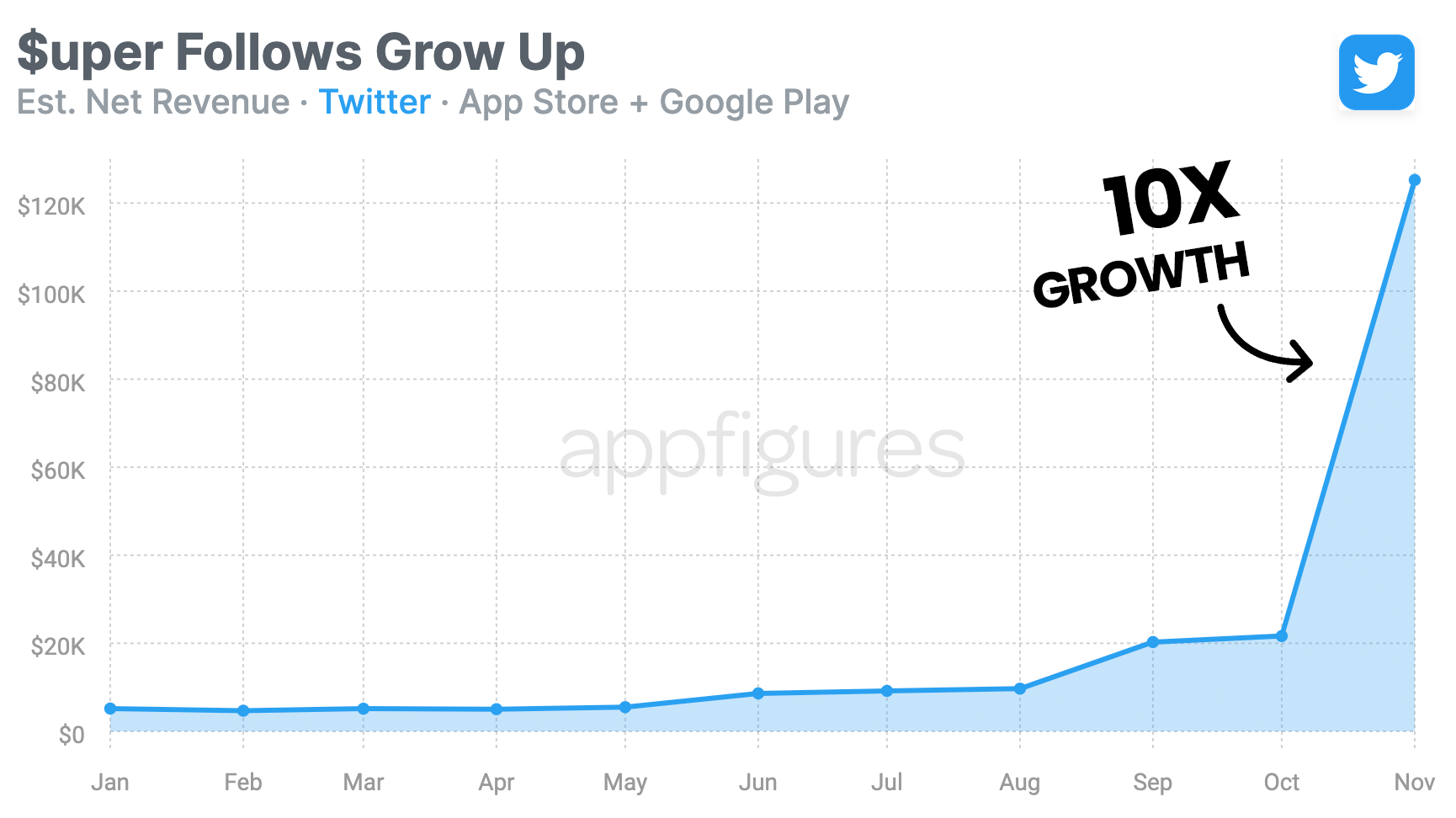 At the end of October, Twitter opened up Super Follows to users from all countries and also started accepting more creators into the program. I didn't expect anything crazy, but I looked anyway.

Revenue grew from $11K in September to $12K in October, and in November, the first month with the expanded availability, our intelligence shows that net revenue rose to a whopping $125,000.

And although I didn't see this announced explicitly anywhere, Super Follows is now also earning money from Android devices. About $11K of that total came in through subscriptions on Google Play.