Accounting for your app and ad network payments is a time-consuming task. Multiply that by several stores and ad networks + Apple's unfriendly fiscal calendar and you got a small headache on your hands.

The Payments report eliminates the headache by taking care of all of that for you. Automatically. 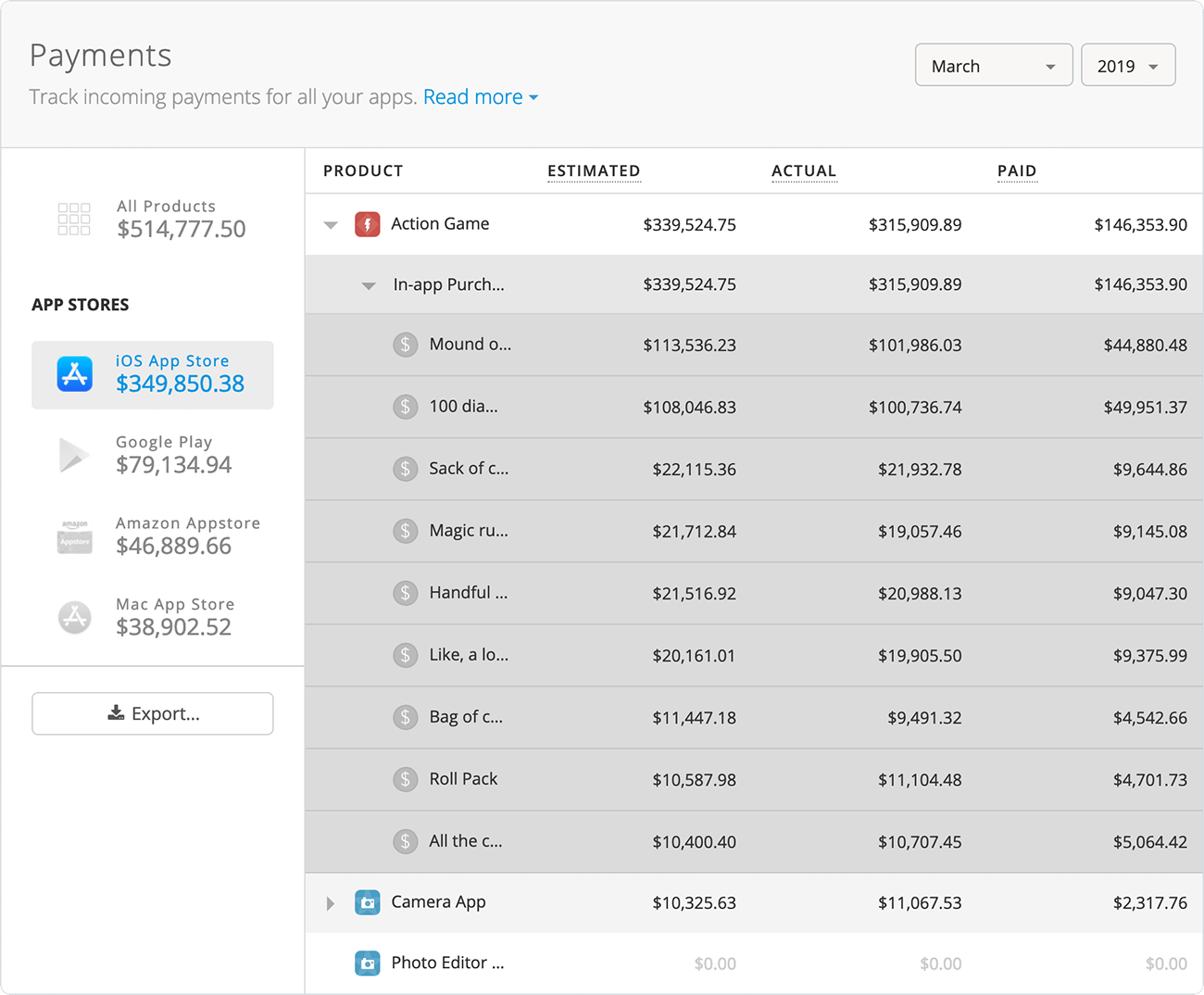 The Payments report aggregates all available information for all of your linked accounts into a single report. It automatically adjusts the date range to fit the data source's correct fiscal month (if applicable) and shows estimated, actual, and paid amounts (* where possible).

For Apple developers, in addition to showing total amount paid, the report also breaks down the paid amount into each app and in-app, using accurate Apple exchange rates.