The Most Downloaded Apps in January

This is a single insight from This Week in Apps #99 - Widgets In The Lead Again. Check out the full article for more insights.

I crunched the numbers early this month to give you the most downloaded apps globally, in January. And there are a few interesting areas to look at here.

By the way, I also looked at games. That's below. 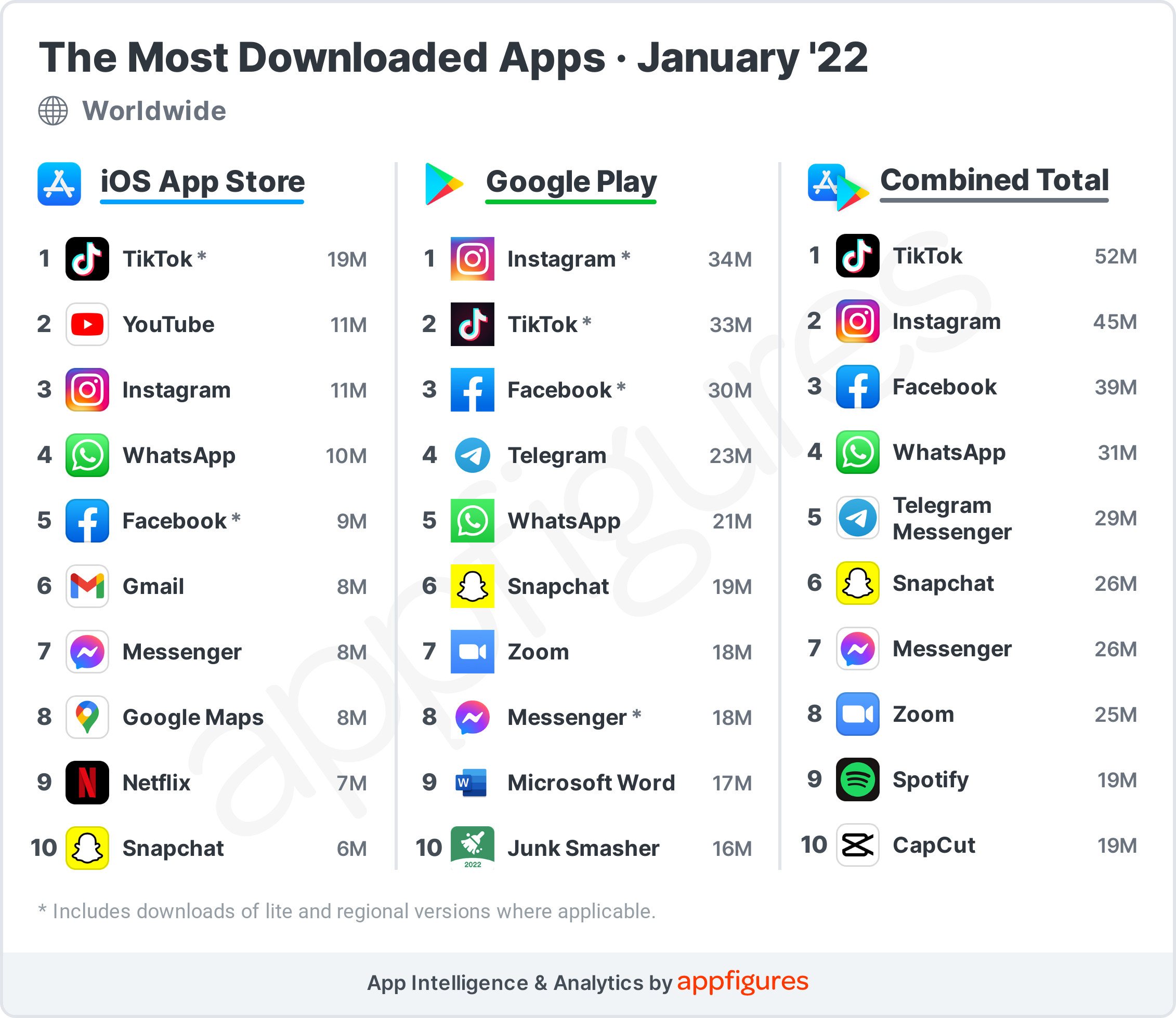 TikTok was the most downloaded app in the world in January. According to our App Intelligence, it took the lead back from Instagram, which was enjoying it for the last few months with 52M downloads globally vs. Instagram's 45M.

Facebook, WhatsApp, and Telegram rounded out the top 5 most downloaded apps in the world. An opening set that matches previous months fairly well.

Zoom is back! After disappearing last month, Zoom's downloads grew for the first time since the explosion of 2020 to place it 8th overall. More on that below.

Spotify and Capcut close the top 10 most downloaded apps list, again, just like they did in December.

Together, the top 10 earned 310M new downloads in January. A bit lower than December, but that's not surprising for a January.