I'm early again this week with our monthly analysis of the most downloaded apps and games in the world for February. If you've been following the newsletter for a while, you know these don't change all that much from month to month. 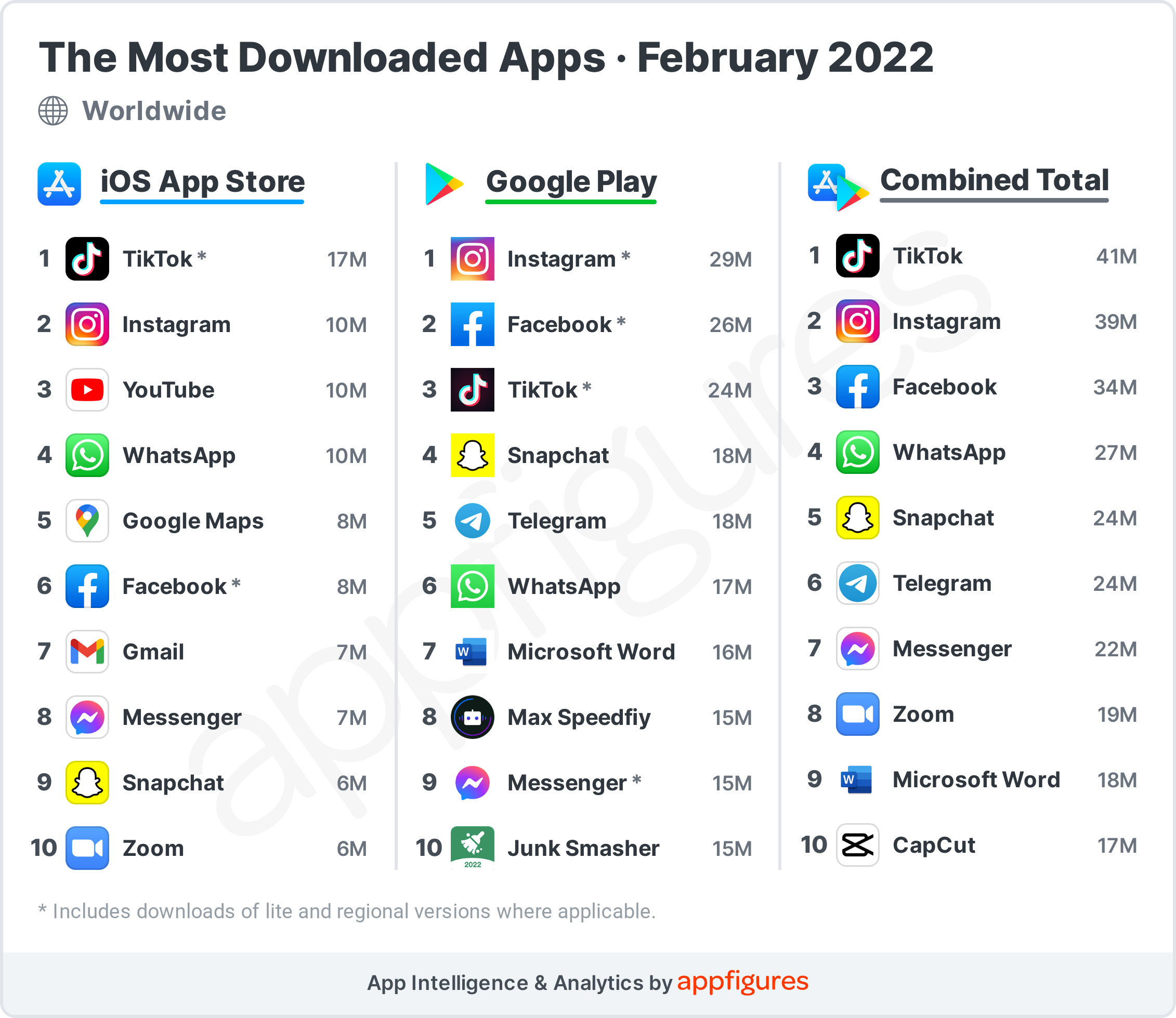 I can continue and point out the obvious, but I have to stop and point your attention to Microsoft Word... What's it doing there?

Word snuck into the top list, again, but this time it made it into the overall list and not just the Google Play list like last month. It added 18M downloads in February, eclipsing CapCut, TikTok's video editor, which seems to always find a way to come in last in this list.

Meta's Trio™, Zoom, Telegram, and Snapchat were the other most downloaded apps in the world in February. And if you compare this list to last month's, you'll see the only thing that's changed is Spotify for Word and Snapchat and Telegram swapped. It's time for something new. Are you working on it?

According to our estimates, the top 10 most downloaded apps in the world added 265M new downloads in February. That's a lot lower than January, but February is a short month, so this isn't bad.