I've analyzed the most downloaded games in February (early, again!) this week, and hey, it's Wordle up top! Kind of. 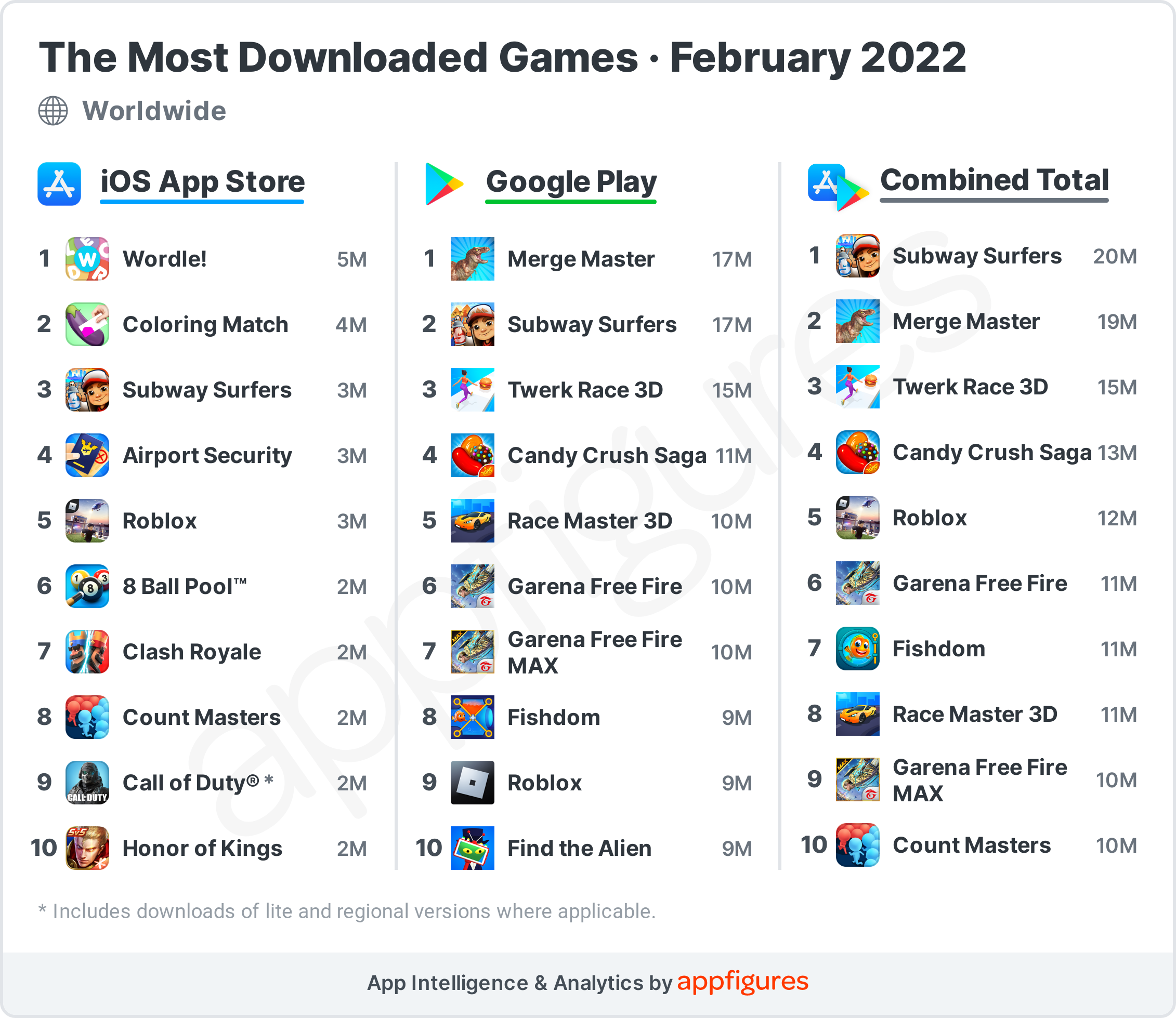 Garena Free Fire, which was banned in India in February, and sibling Free Fire Max, both made the top list in February. They added 11M and 10M estimated downloads, respectively. While lower than January, this isn't as bad as I expected.

Together, we estimate that the top 10 most downloaded games in the world made their way into 132M new devices in February. Only a touch lower than January's total, but then again, February is a short month, so this is good news.