One little thing I noticed this week is that Tesla hit a new milestone.

Although most news coverage these days revolves around Elon Musk's attempt to take over Twitter, the Tesla app, which I've been using as a loose proxy for demand for Tesla cars, has hit its best month of downloads ever! 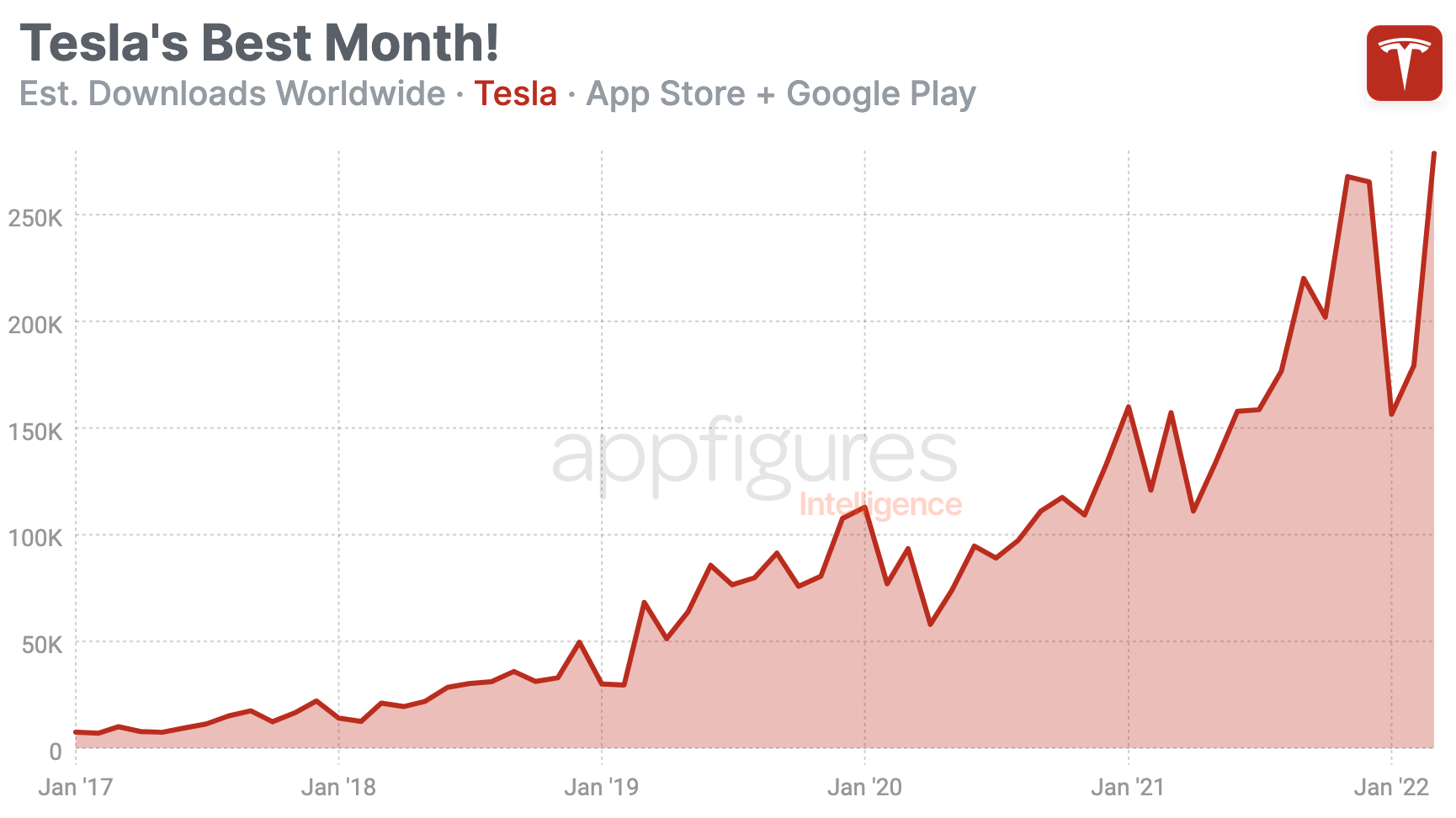 After a slow start to 2022, March ended with 279,000 estimated downloads worldwide across the App Store and Google Play, but most came from the App Store. That's a lot of new (or used, see below) Teslas! I say that because the primary use case for the app is to operate a vehicle.

The previous high was last November, where the app added 268,000 new users, according to our estimates.

Year over year, downloads are up 78%.

By the way, some of you have pointed out the difference between the numbers I shared in my last post about Tesla and the official number of new cars shipped according to Tesla. Just keep in mind that Teslas change hands, and new owners of used Teslas aren't counted in any of the official numbers but are represented by their downloads.