McDonald's Is the Fastest Growing Food App in Its Group

Food delivery apps have grown a bunch over the last couple of years as everything moves to be done from home. That caused food chains to try getting ahead as well, giving away free food for downloads.

A fair trade as far as I'm concerned, but most of them couldn't really turn crazy campaigns into sustained downloads.

And then we have McDonald's... 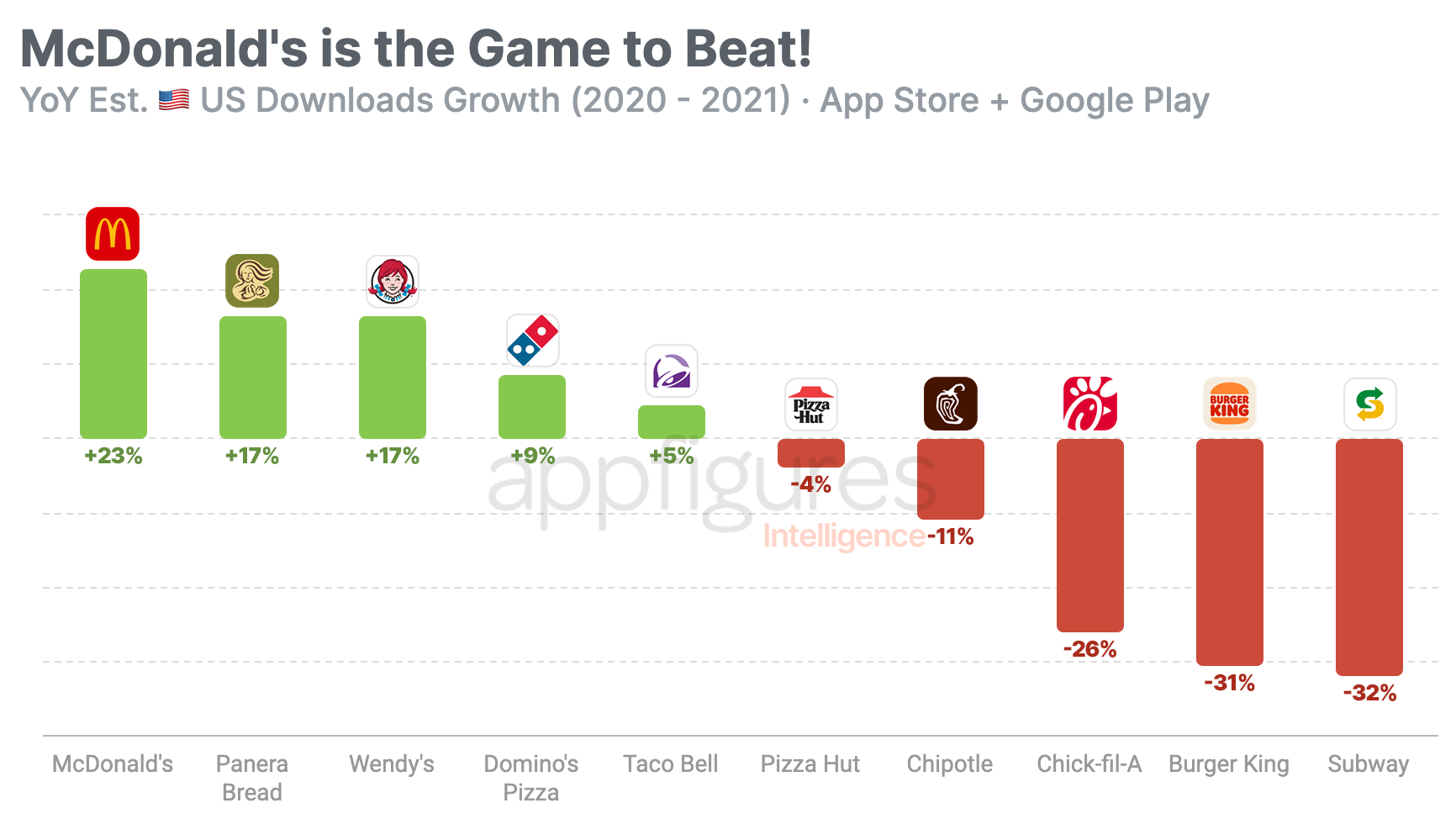 Of the 10 apps I looked at, half actually shrunk!

Pizza Hut, Chipotle, Chick-fil-A, Burger King, and Subway all saw downloads decrease in 2021 compared to 2020. Pizza Hut suffered only a tiny bit, losing about 4% of downloads. But Subway saw a decrease of more than 32%. That's not great.

McDonald's, Panera Bread, Wendy's, Domino's Pizza, and Taco Bell all saw increases, ranging from 5% on the low end to as much as 23% on the high end.

But while percentages are great to show differences, they only tell half of this story.

As we inch closer to summer, the time when most of these apps spring into action, I expect we'll see more of the same. A not great strategy that will allow McDonald's to continue distancing itself from the pack.