Let's Get Hyper Casual! The Most Downloaded Games

This week I (also) crunched the numbers and ranked the most downloaded games in the world in May. Get ready to get (hyper) casual! 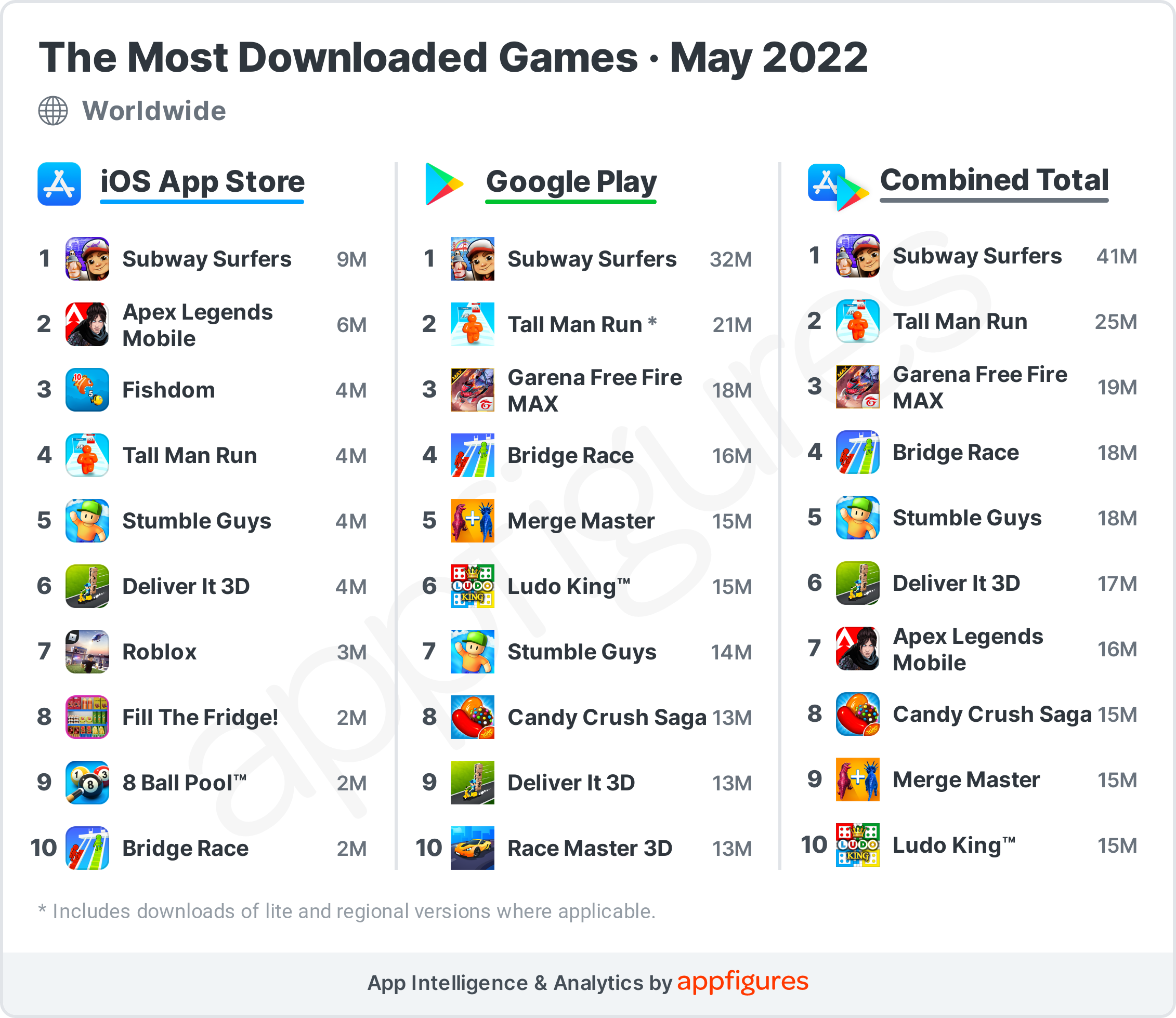 And while Subway Surfers is a great oldie, the rest of our list is full of new(ish) hyper-casuals... Although advertisers continue to complain about Apple's App Tracking Transparency, it seems that with summer coming, a hit on ROI isn't the end of the world. Which is expected.

Also on this list is a game that launched at the end of May and managed to score quite a few downloads, enough to get into our list, and that's Apex Legends, which I looked at last week. In May, Apex Legends added 16 million new downloads, leading me to believe we'll be seeing it again in June. Probably at a higher rank.

Together, the top 10 most downloaded mobile games were downloaded 198 million times in May, according to our estimates. Much like apps, May has also been the strongest month for games so far this year.