Telegram Turns on Subscriptions – But Will They Pay?

Telegram, the messaging tool that became indispensable during the war in Ukraine, decided it was time to start making some money and rolled out a paid subscription tier for power users. Unlike Snapchat+, Telegram Premium actually gives something useful in return for your hard-earned cash. But not useful enough for most users.

Considering Telegram's limits are already fairly generous, I don't expect this to be an immediate hit, but let's have a look at the data and see if I'm right. 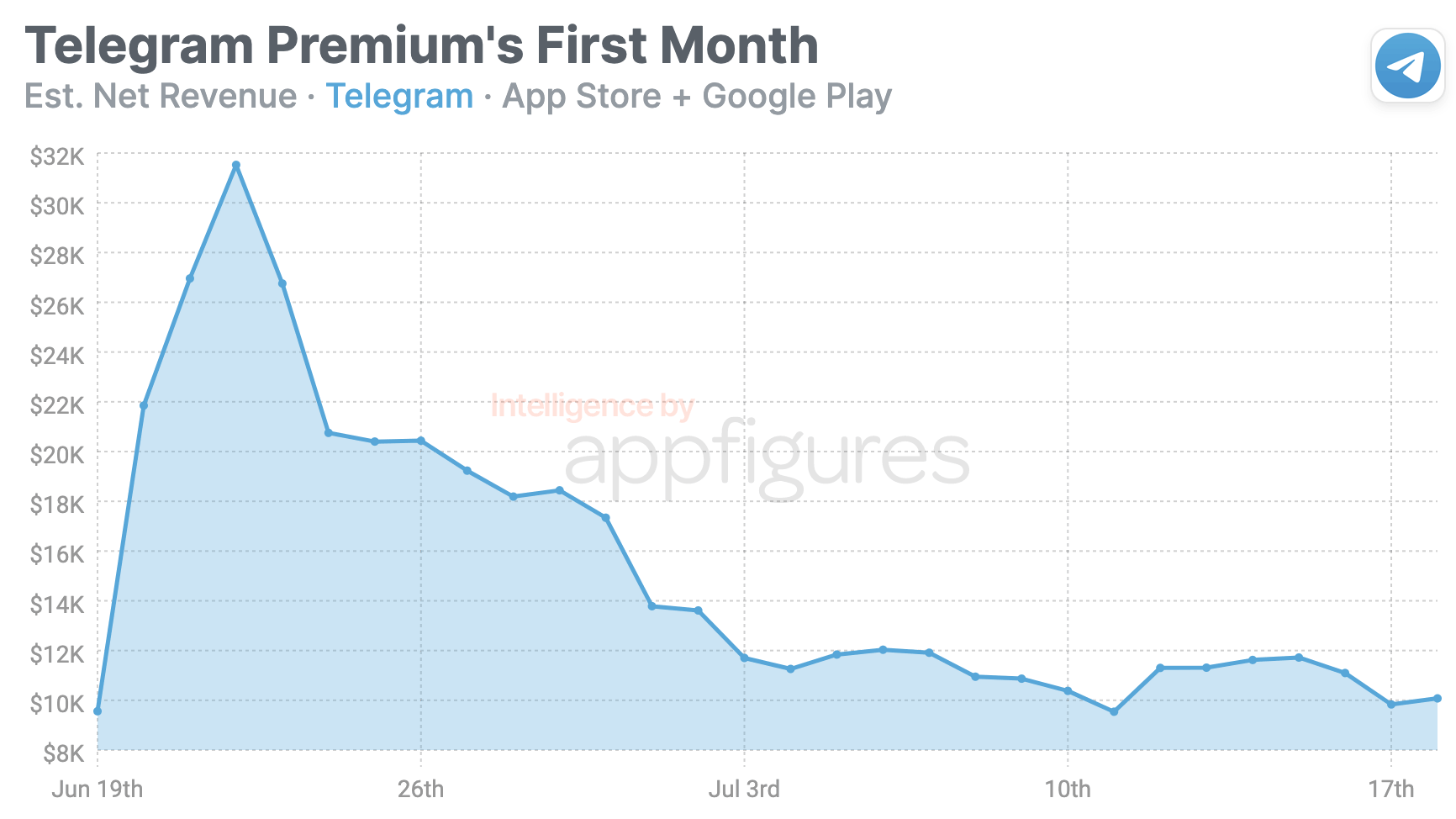 This isn't Snapchat money, but it's a decent start for a subscription tier that's targeting power (and/or bored) users.

Telegram's founder was quoted saying that all it needs is for 2-3% of its users to upgrade and they'd be sustainable. You might be hearing 2% and thinking, "oh, that's nothing, they should be able to get that in no time", consider Telegram also claims to have 700 million users. That's 14 million paying subscribers.

I applaud companies that attempt to become sustainable by charging for their services.

It's no easy task for a few reasons, and the main one is that investors got most of the tech industry to believe running a business is all about getting signups, which in turn got most people to expect everything to be free. This gets even more difficult when a company with an enormous user base that's used to things being free, like Telegram, needs to ask its users for money. It's not working out as well for Twitter.

Starting is hard, and I "blame" that for the low revenue. But give it some time, and I'm sure we'll see changes to what's offered for free that will help revenue grow.