I've been seeing a lot of chatter about native vs. non-native app development on Twitter lately. Most people are curious if React Native is the solution to mobile app development, replacing the native alternatives. Others are downright cultish...

This isn't a new thing. Every year some tweet sparks a war about this topic.

We have the data to answer this question, so let's do that.

FYI - This is a single insight from a new report I'm putting together that looks at native vs. non-native. Make sure you're subscribed to the newsletter to get the full report when I publish it. 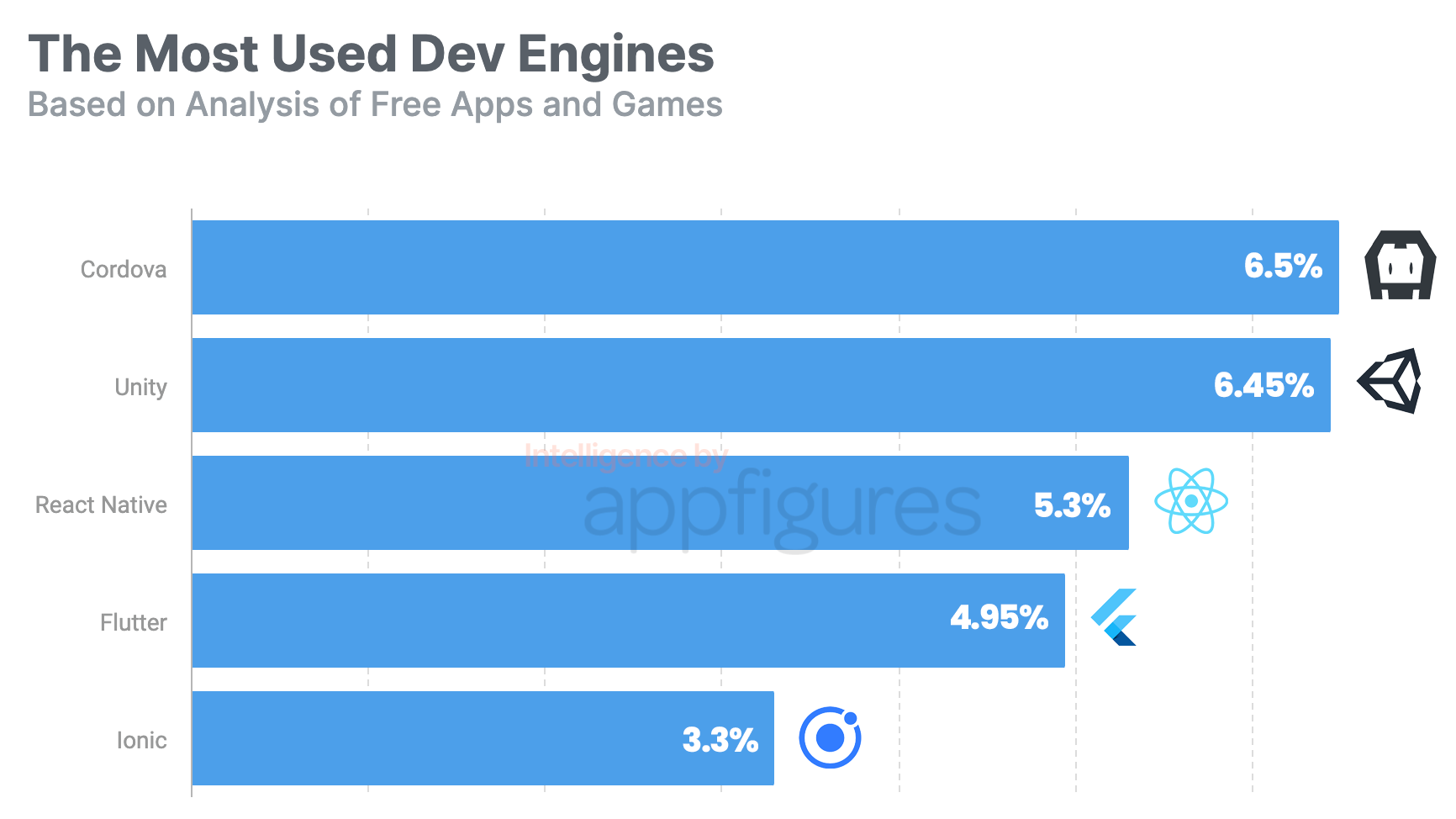 The simple answer is no. React Native hasn't taken over. Native development isn't dead. But it's not not popular. That wasn't a typo.

According to our SDK intelligence, in which we analyze all free apps and games available for download, 5.3% of all apps available on the App Store and Google Play right now are powered by React Native. Google Play has more of them overall, but Google Play also has far more apps available and is easier to ship apps on, so that isn't really a surprise.

But that's all apps. What about new ones?

Want to analyze apps and SDKs? Check out Explorer](https://appfigures.com/explorer).

It's not that one is categorically better, but rather that one is better for a specific implementation. That's how I see it.