July is behind us, which means it's time for me to crunch the numbers and rank the most downloaded mobile games in the world as I do every month. And it's summer, so I expect more downloads. 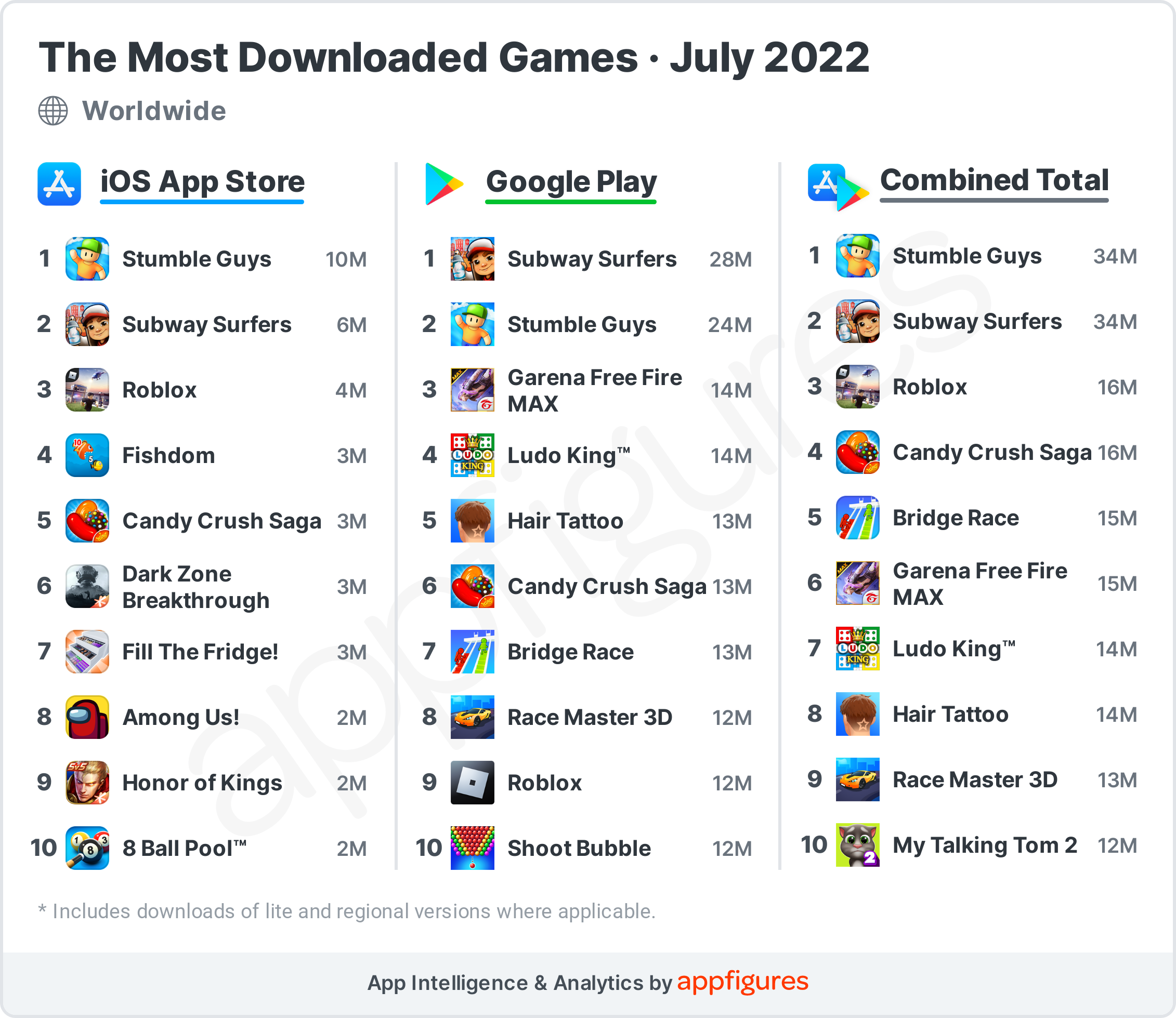 Let's start at the top. Stumble Guys was the most downloaded game in the world in July, with 34 million estimated downloads. It almost tied last month's winner, Subway Surfers, but beat it by a few downloads. If you're thinking what I'm thinking, the answer is yes. Stumble Guys is a hyper-casual title.

App Tracking Transparency and all, a hyper-casual title still managed to make its way into 34 million devices.

Roblox, Candy Crush Saga, and Bridge Race round up the top 5.

A couple of noteworthy mentions from July's ranking:

Together, the top 10 most downloaded games in the world made their way into 184 million devices, according to our App intelligence. That's a drop of nearly 10% from June, which surprised me a bit. Summer and all.

App Tracking Transparency is probably to blame, but beyond that, there hasn't been a breakout success this summer like there has been in years before. That means there's probably room for that to happen, but it might just mean we won't get one...