Are you an e-reader or a physical book kind of person? I'm the latter. There's something about paper that makes it easier for me to read. But!

There's a category of books that's neither paper nor e-ink that's been growing like wildfire this year. 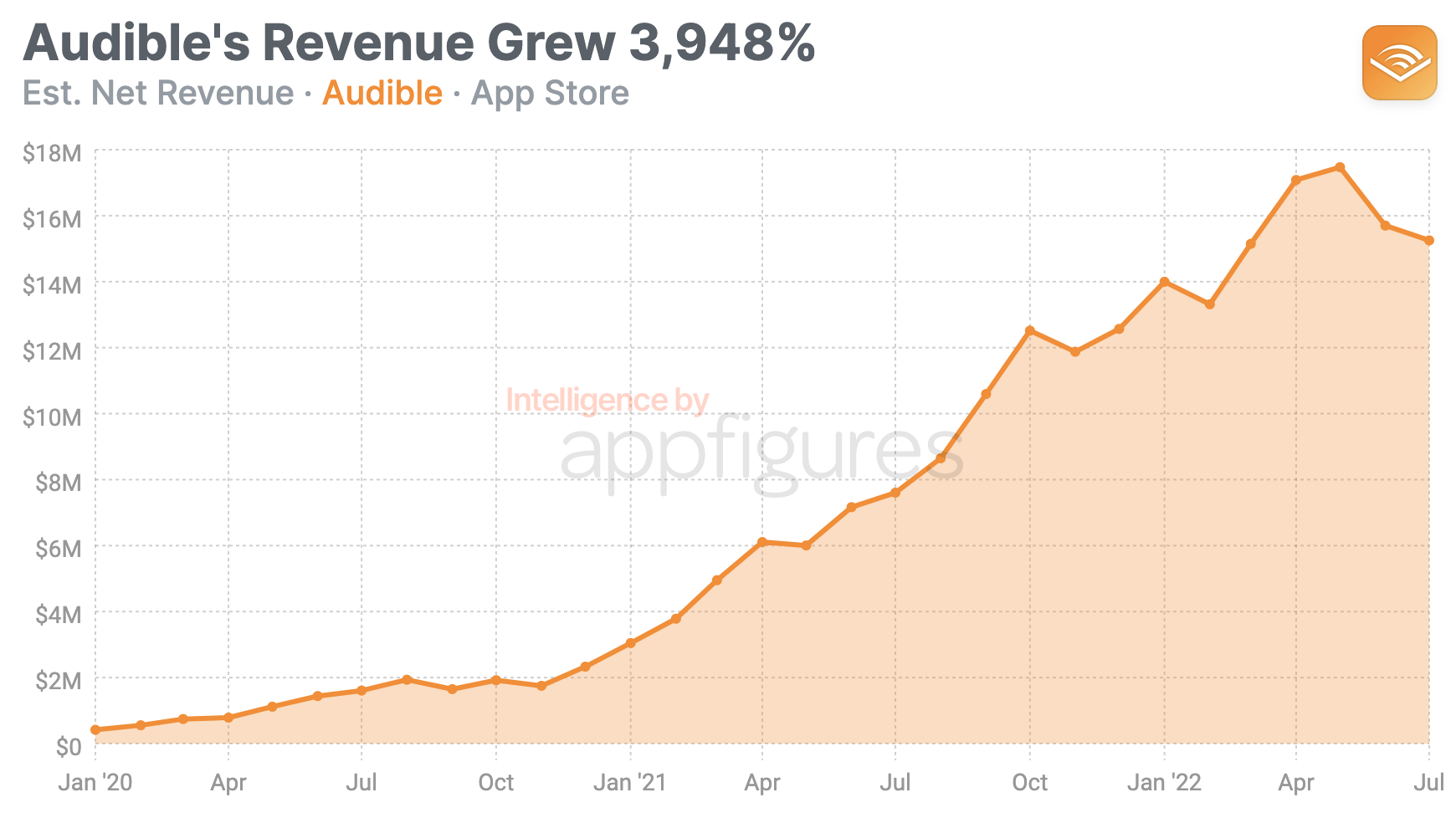 Audible, the most popular app for audiobooks these days, has seen demand go through the roof over the last few years, but 2022, in particular, has been extra growy.

In January of 2020, just a couple of years ago, Audible's in-app net revenue from the App Store was estimated at $417K. That's after Apple takes its fee, and I'm only looking at Apple because Audible's revenue on Android didn't exist until earlier this year.

And that's not the end. Audible's App Store peaked in May, hitting $17.5 million.

Growth reversed course and revenue dropped a bit as the economy shifted into rough waters, but June and July both ended with more than $15 million in net revenue.

A lot of "physical" things are moving into our phones. Streaming. Shopping. Fitness. And books joining the list makes perfect sense. That + the overall growth in money spent in the App Store + Audible's unique positioning, and lack of competitors allowed it to grow 3,948% in two and a half years.