It's Renewal time for Snapchat's New Subscription – Will They Renew?

The honeymoon month is over and now it's time to see if those who subscribed before they knew what they'd get, continue to want it.

And the verdict is... Nope!

And if you remember my reaction when I first looked at it a few weeks ago, I'm not surprised at all! 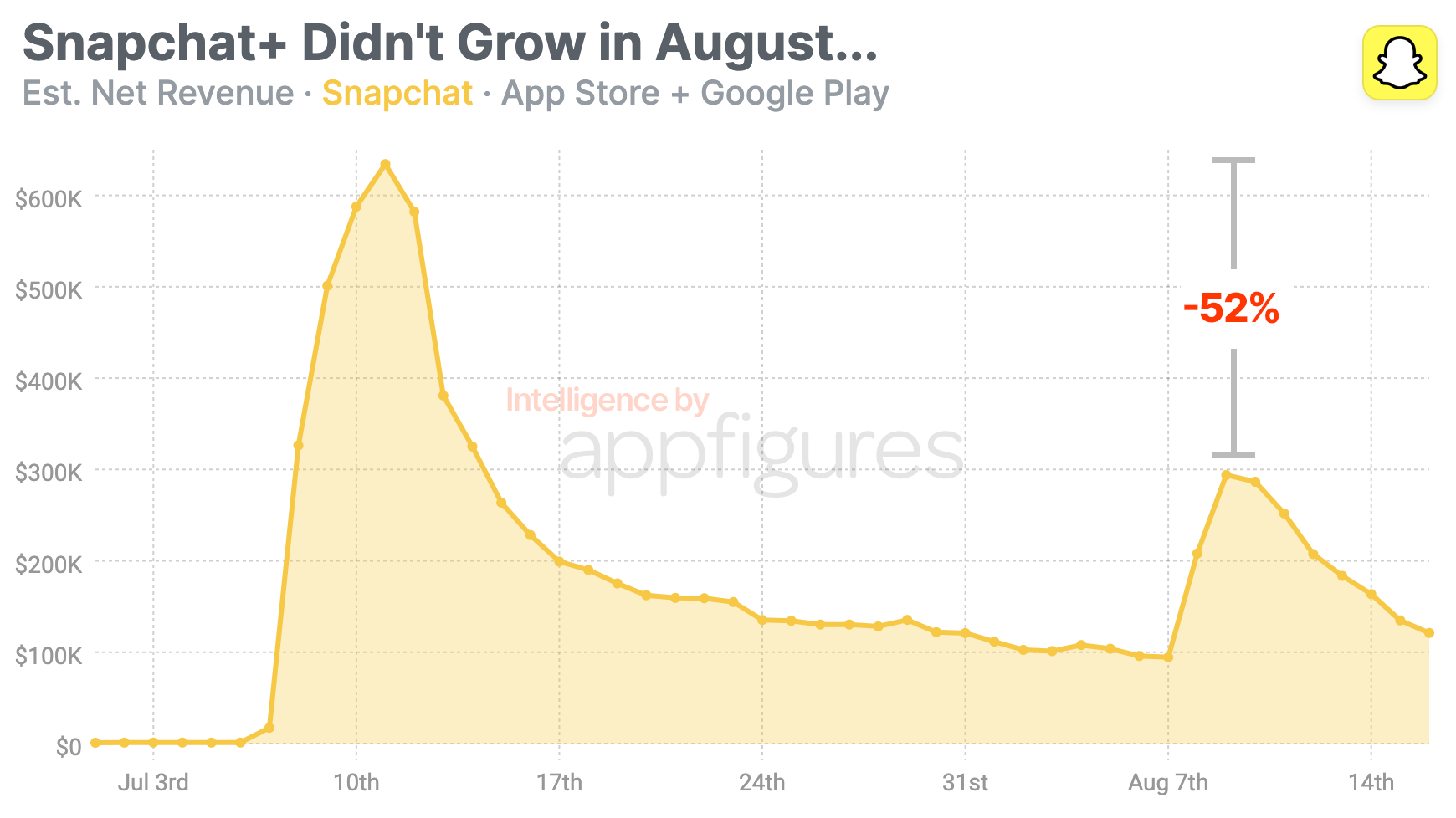 Renewal day, or the first day of the second billing cycle for the early subscribers was due August 7th, giving us a glimpse into how many people were still excited by Snapchat+.

In case you didn't know, Snapchat+ is Snapchat's premium tier which gives users who pay access to beta features first, along with some profile customization. In other words, bragging rights.

I was shocked at how many people subscribed when I first looked at it a few weeks ago, but looking at the renewal rate, I'm happy to say I'm not insane.

According to our estimates, Snapchat's in-app revenue in month two is about half of what it was in its first month. In more absolute terms, the peak, which crossed $600K in July, barely got to $300K in August. And that's net revenue.

The month isn't close to over, but if we look at the trend of July, revenue dropped pretty quickly after that peak, so I'm not expecting the rest of August to make up for the difference.

Now... I don't think this is bad news for Snapchat. I say that because the first month of something new and seemingly exciting that also isn't that expensive is likely to get interest from those who aren't expecting to keep it for a long time and are just curious.

Add political turbulence, a weird job market, and the word recession getting tossed around a bunch, and luxuries like being a paid beta tester for Snap are no longer a top priority for money burning.

Converting about half of the original group is still nice and still big. Now the question is – will Snap coast or will they rethink their strategy...