A Bit More Casual - The Most Downloaded Mobile Games in October

I crunched the numbers and ranked the most downloaded mobile games in the world for October, and it's safe to say ATT's impact continues to be obvious. Luckily games do better on Google Play anyway... 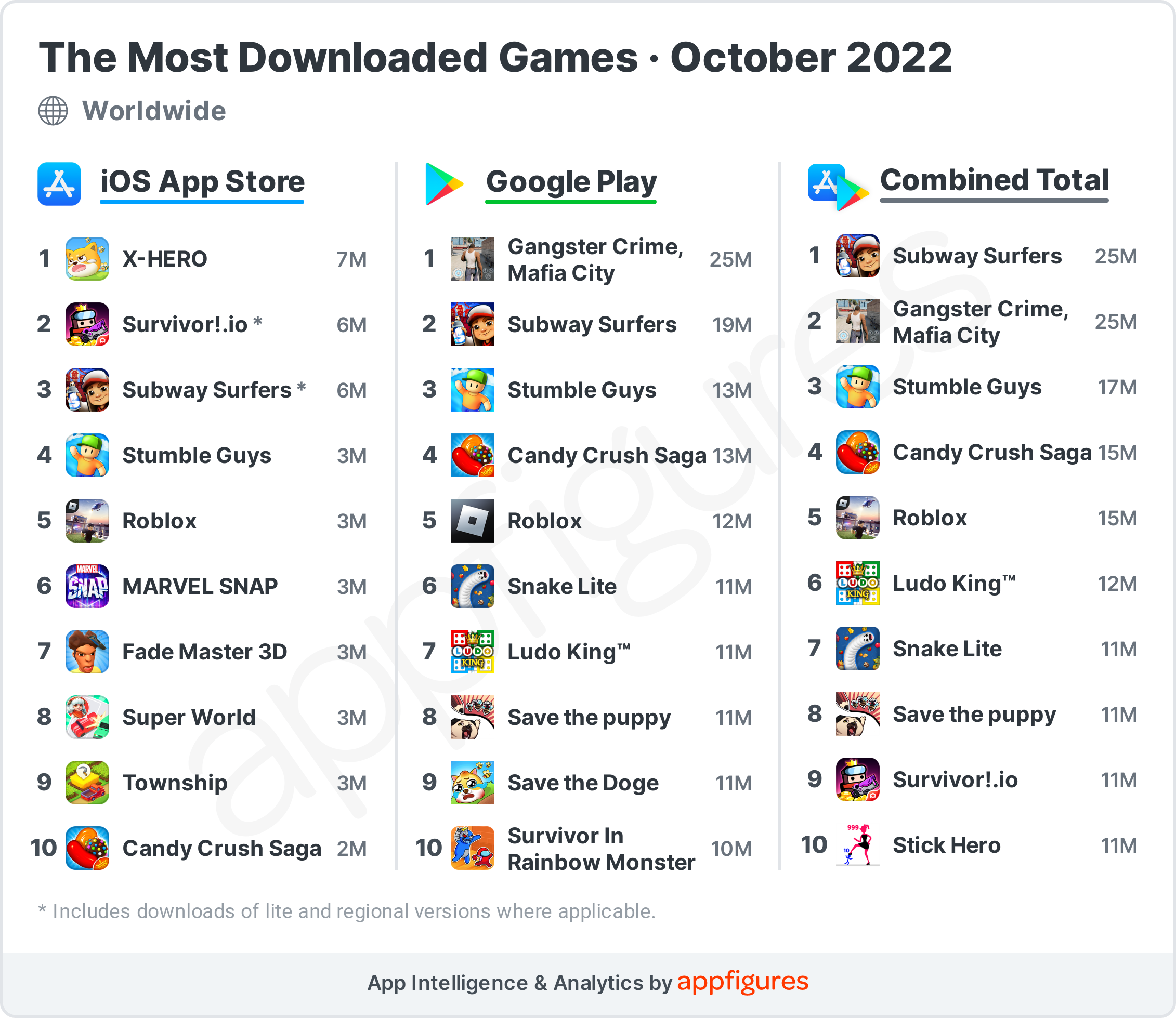 Last month I noted that while Subway Surfers owned the #1 position since April its downloads are dropping, and this month continues that drop.

Overall, October's list contains most of the titles September's list had, but the order is very different.

The only notable insight here is that Marvel Snap, a new card battler launched in October, made its way into the top list on the App Store. Snap is a little different than other card battlers and could be a game-changer in the long term. I'm keeping an eye on it.

According to our App Intelligence, the most downloaded games saw a total of 154M new downloads in October worldwide. A touch lower than September's total, but not by a noticeable amount overall. That should change as we head into the holiday season.