Affirm Takes the Lead from Klarna in the US

Black Friday -- the official one, not the excuse lots of retailers are using to offer discounts in October -- is just around the corner marking the beginning of the holiday shopping season, which led me to look at the new(ish) trend of Buy Now Pay Later.

Klarna is the leader in this space and it's had a fair share of issues this year, so when I saw its downloads didn't grow as much this year I wasn't very surprised.

The picture is very different for rival Affirm. 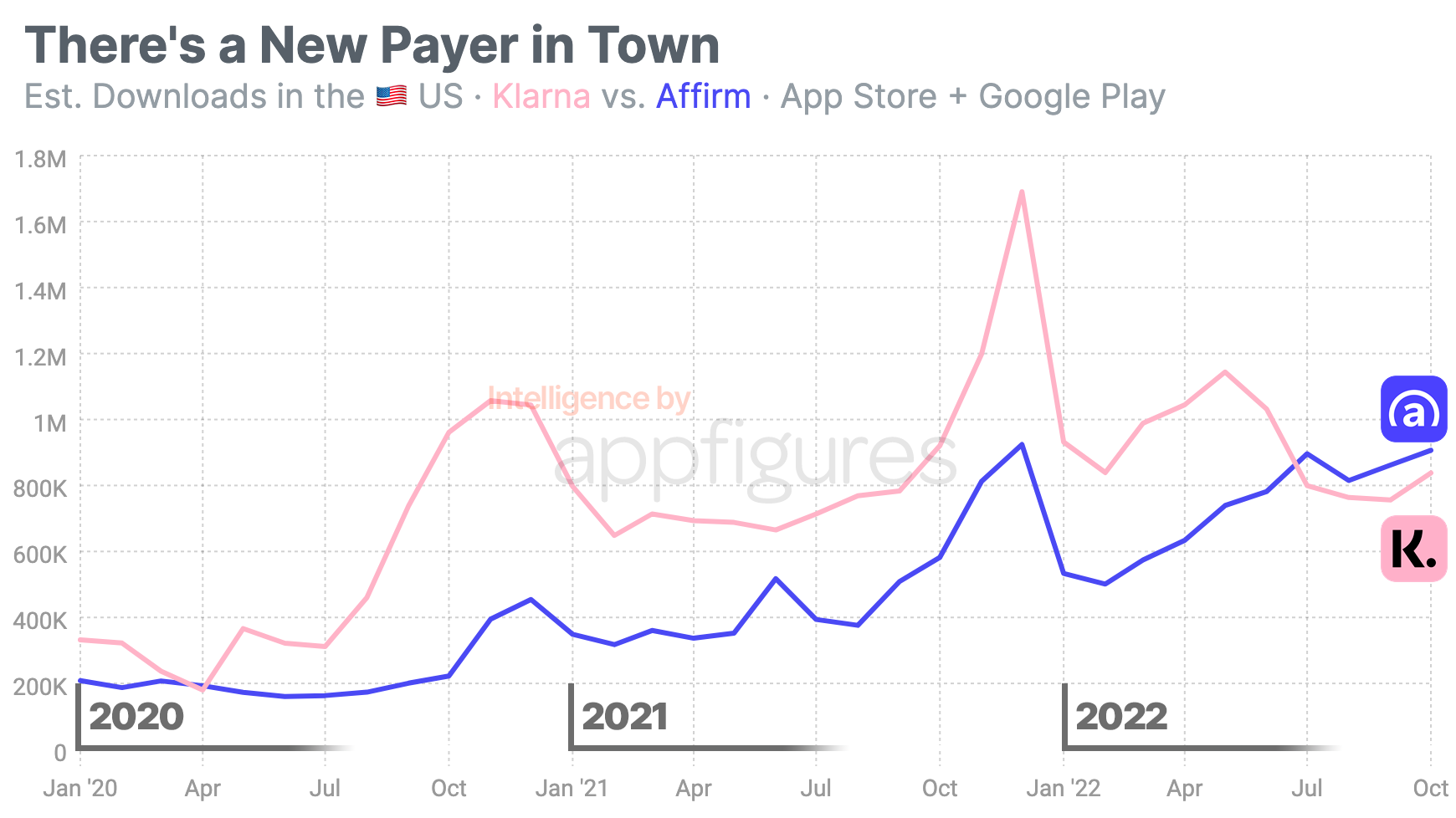 Downloads of Affirm, the exclusive Buy Now Pay Later of shopping king Amazon, have been on the rise for a few years now, though, 2022 was by far the best.

Since 2020, monthly downloads rose from around 200K to more than 1.2M, according to our estimates. That's 6x, and I didn't even have to use a calculator.

While Klarna is still in command of this market internationally, Affirm has taken over the lead in the US, the only country Affirm operates in. That's good news for Affirm and for Amazon, and not-so-good news for Klarna.