Temu Skips Ahead of Amazon and Walmart

The shopping of the year app aware, which isn't a real award, should be going to Temu, a late entrant hailing from China that's taken over the App Store in September and hasn't (yet) dropped.

By dropped I mean the app has been at the top of the charts, both Apple and Google.

What does a high rank mean for Temu? Lots of downloads! 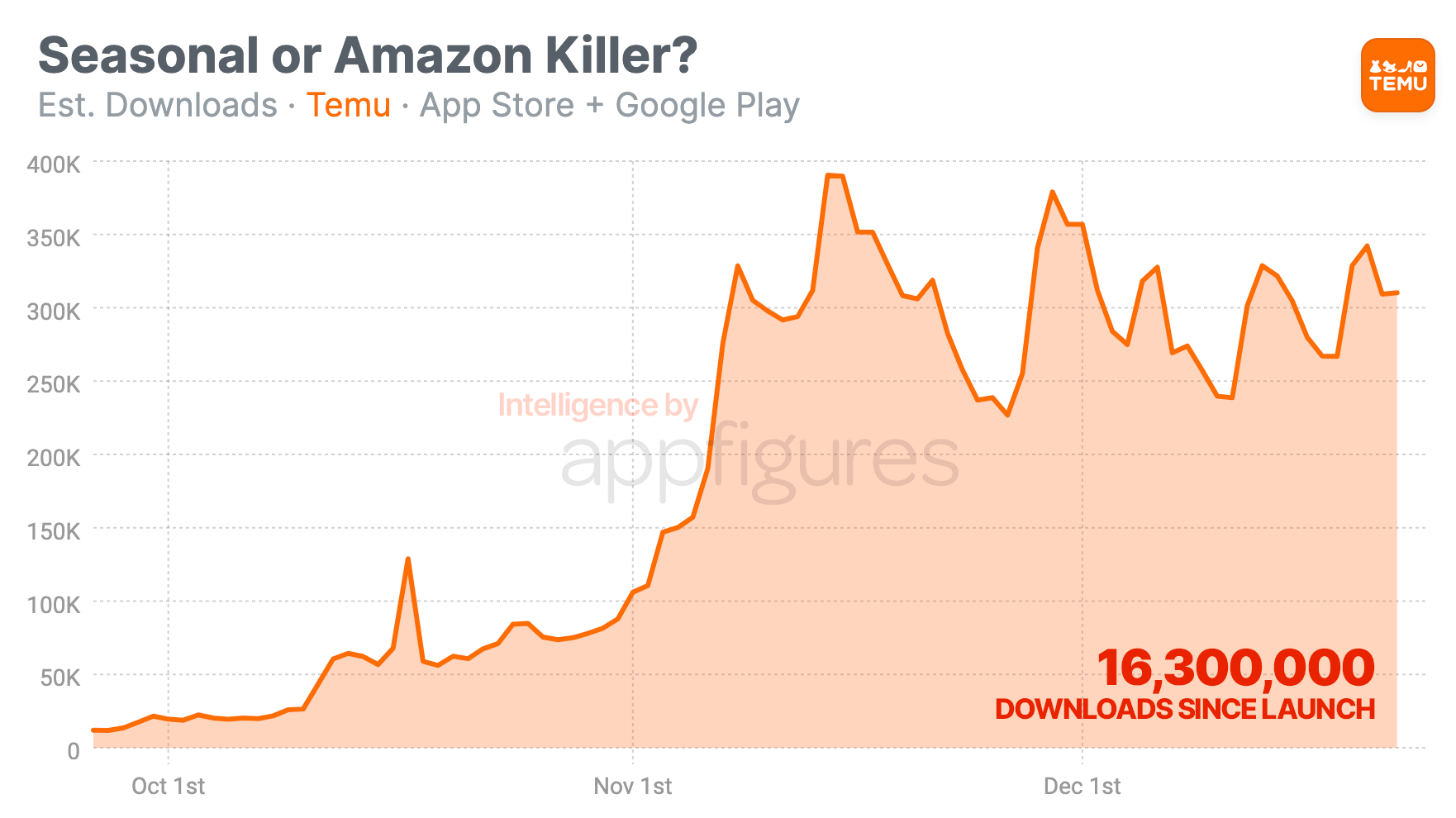 According to our App Intelligence, Temu has been downloaded by more than 16 million people since it was launched in September. That's an impressive number, but...

There's a big difference between an app being in demand and an app getting downloads. The latter usually indicates the downloads aren't organic but rather a result of heavy advertising, which I suspect is the case here.

I say that both because our ASA Intelligence, which is really coming soon, is showing lots of hits + the downloads are fairly similar between the App Store and Google Play, which usually indicates non-organic growth for apps that haven't gone truly viral.

That's not bad news in any way though. A lot of online commerce moved in-app over the last few years, and Temu is spending heavily to make sure it earns its time in the spotlight now. TikTok did the same thing several years ago which is what kickstarted its incredible reach.

Thanks to its heavy promotion, Temu has managed to advance ahead of shopping king Amazon and rival Walmart during the most important time of the year for shopping apps.

It's worth noting that while Temu is technically available globally and is also seeing downloads outside the US, the main focus is clearly on the US, where 99% of downloads are coming from. Another good indication that this isn't organic demand.

I'm not a big fan of buying cheap stuff from unknown brands so I haven't used Temu yet - have you? How was the experience?