I personally fall somewhere in between, but what I have to share isn't my opinion here but rather numbers, which paint an interesting picture. 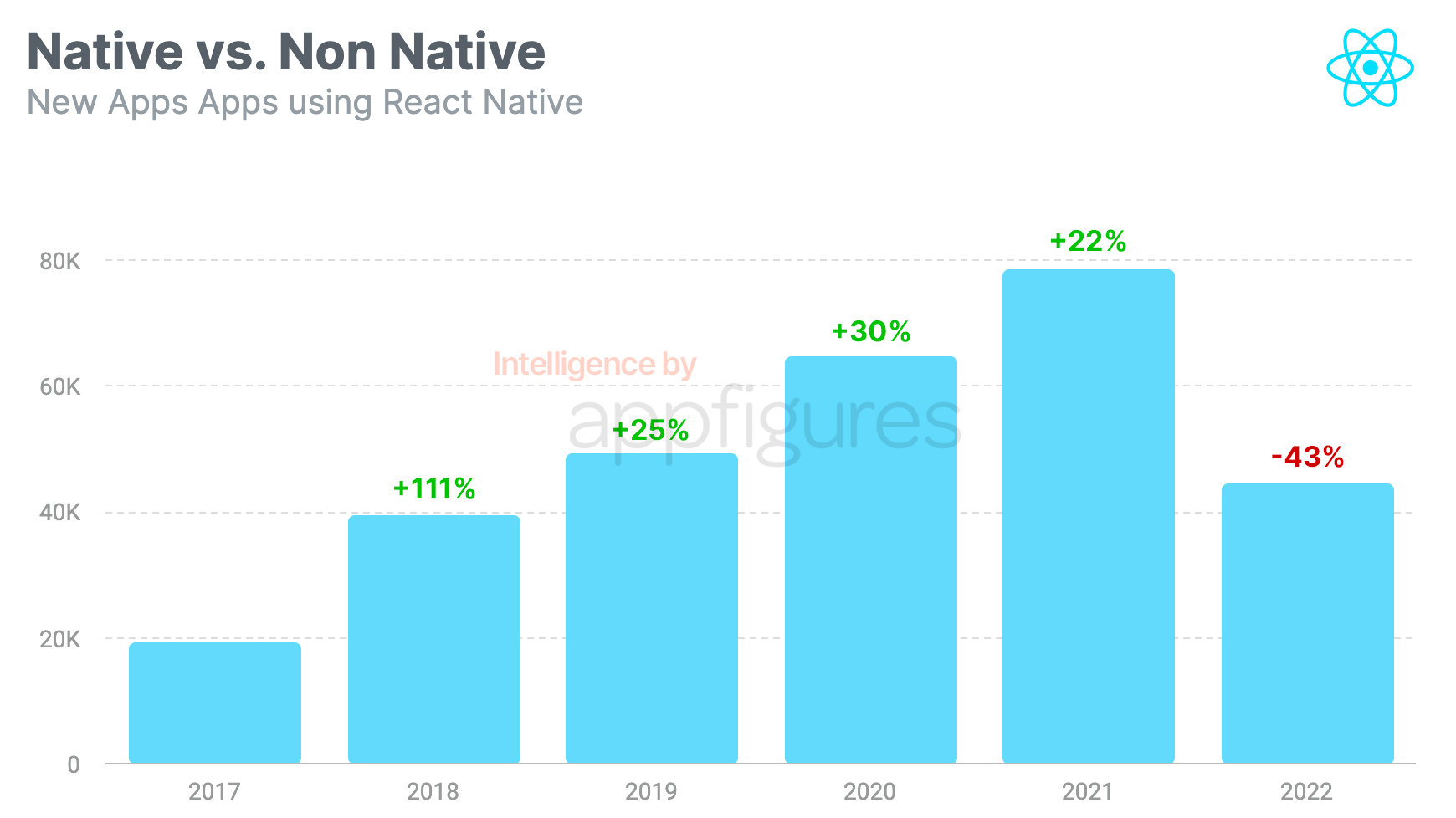 And I say interesting because things changed in 2022...

React Native is one of the most popular solutions for true non-native development. Using our SDK Intelligence (available in Explorer) I looked at the number of new iOS and Android apps and games built with React Native* released by year

In 2022, the number of apps built with React Native dropped by 43%. In more absolute terms, 2021 saw 79K new apps and games with React Native while 2022 saw just 45K. And the downward trend was pretty consistent across both iOS and Android apps.

I think the drop isn't a coincidence. Both Apple and Google are hard at work to simplify native development. A trend I don't expect to stop any time soon.

There's a lot more to dig into with this data so if you have any specific questions you want to see me cover in a future report please let me know.

Note: The number of apps reflects apps that have the React Native framework in their code but doesn't necessarily mean it's powering the entire app.