Update (10/5 9:42AM EST): The article, including charts and tables, has been updated to reflect more than 20,000 new ratings that came in over the weekend.

Users can now rate apps that come pre-installed on their iPhones via the App Store just like any other 3rd party app. Apple quietly enabled that in their latest update a couple of weeks ago, and we've been collecting those ratings since.

A couple of weeks in, those apps have received nearly 33K ratings. Here's a quick look at the numbers.

Everyone Hates News and Mail 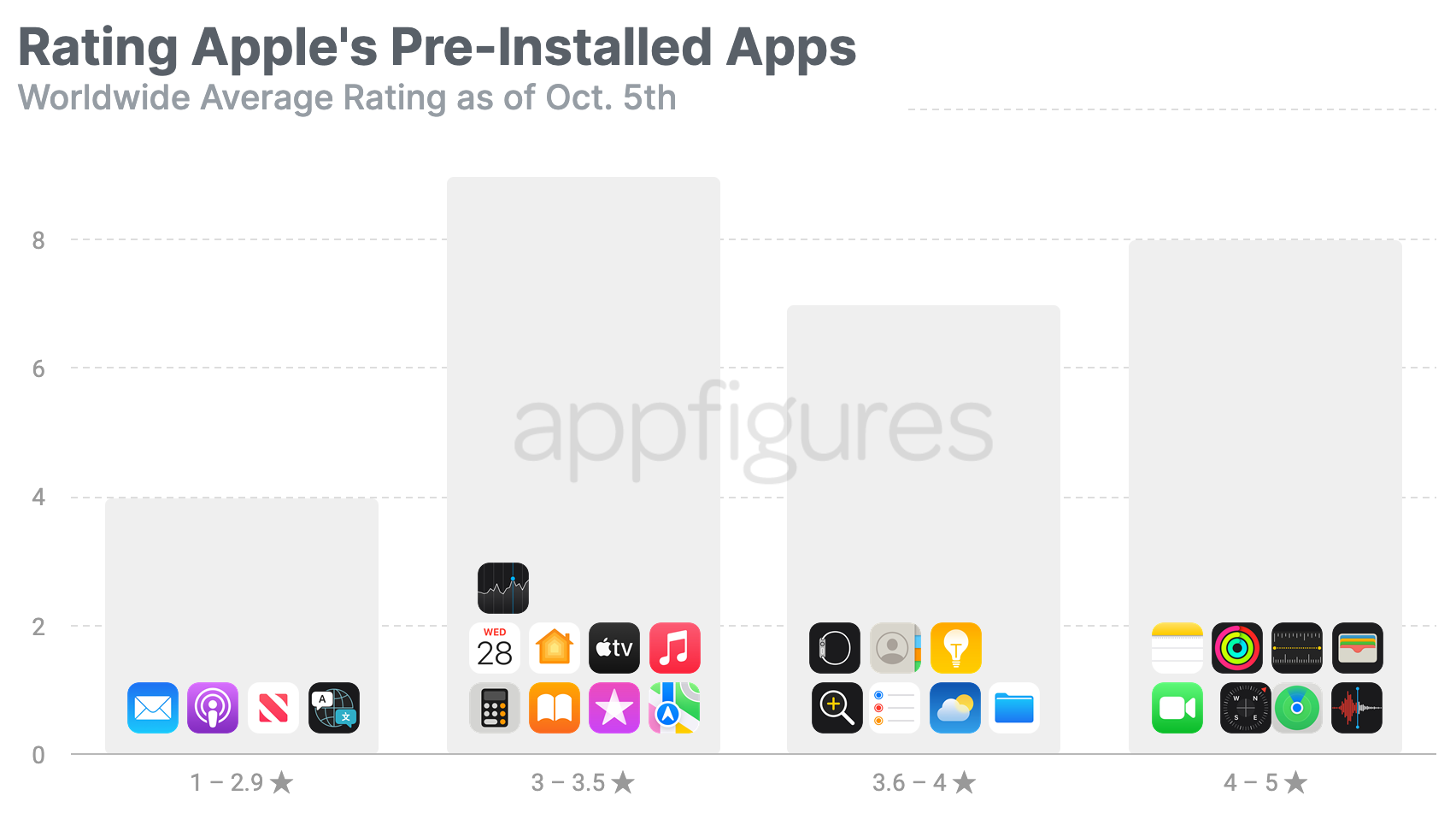 When it comes to average rating, Apple's 28 pre-installed apps we've looked at, range between 2.4 and 4.3, with an average of 3.6 stars across the entire portfolio.

Translate, a fairly new app that still feels a bit experimental, is the lowest rated app in this list, with a 2.42 average star rating globally off of 1,629 total ratings.

News is just a tad bit better, with a 2.55 star average from 592 ratings. Mail (2.98) and Podcasts (2.44) also have an average star rating of below 3, which should be a good gauge for Apple and good news for competitors.

Music and Maps Have the Most Ratings 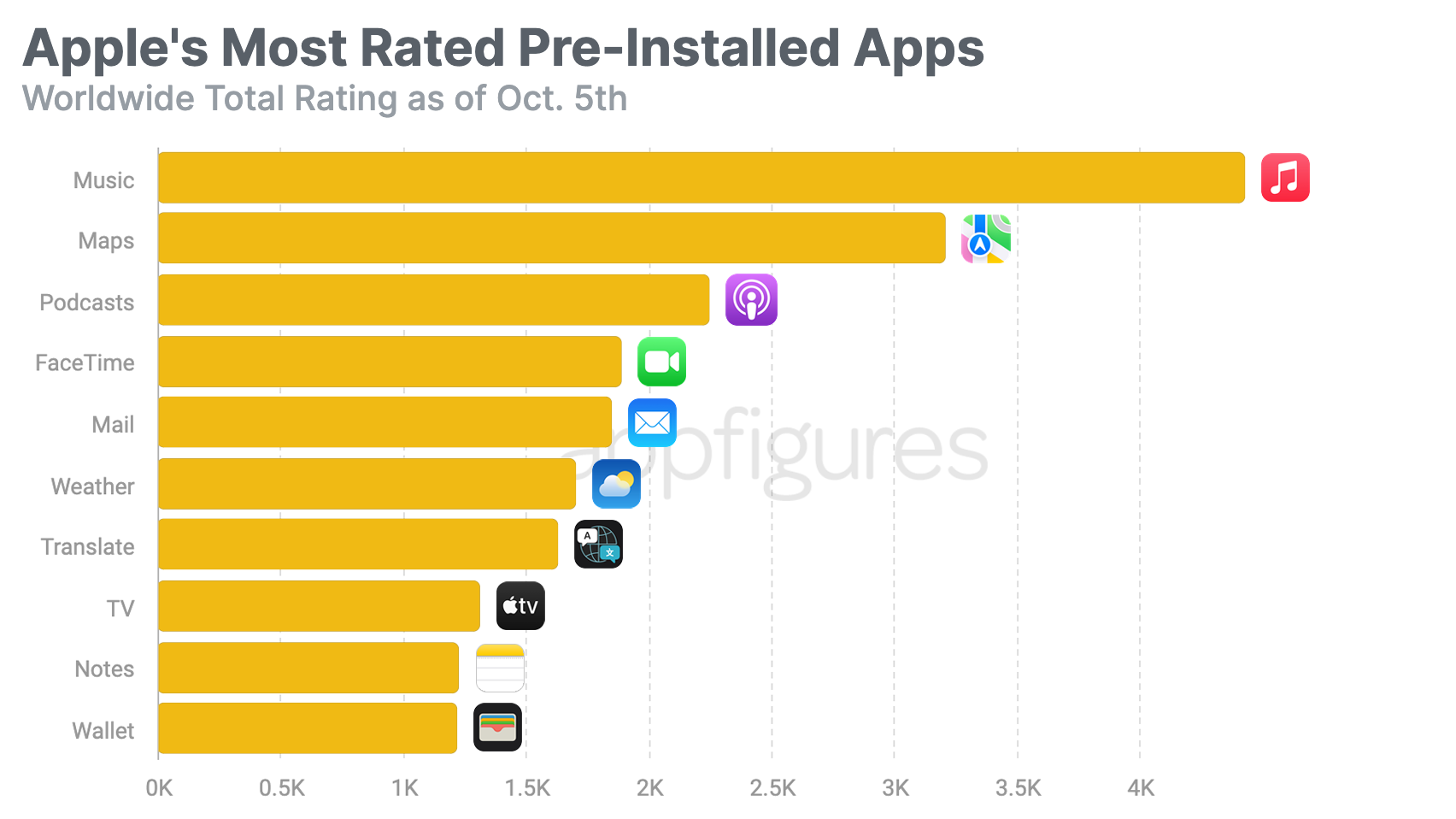 When it comes to the number of ratings, Music and Maps lead the way, accounting for 23% of the 32,953 ratings received in the last two weeks. Music, with 4,431 and Maps with 3,207 total ratings worldwide are also the only apps with 3,000+ total ratings. The rest have fewer ratings as of the writing of this article.

And here are all the apps we've analyzed, their average rating, and total number of ratings. Numbers are global as of October 5th, 2021.