VPN Apps Save Millions from Censorship in Russia

The government in Russia is making it increasingly difficult for residents to access news. In the last week, they've outlawed most news coverage and blocked Facebook and Twitter, forcing those who want to stay in the know to use VPN apps, which allow users to get around such bans and blocks.

The need for VPNs is even more amplified because companies like Netflix, TikTok, and many others, have stopped operating in the country.

Before we dive into VPNs, let's have a quick look at why Russia blocked Facebook. 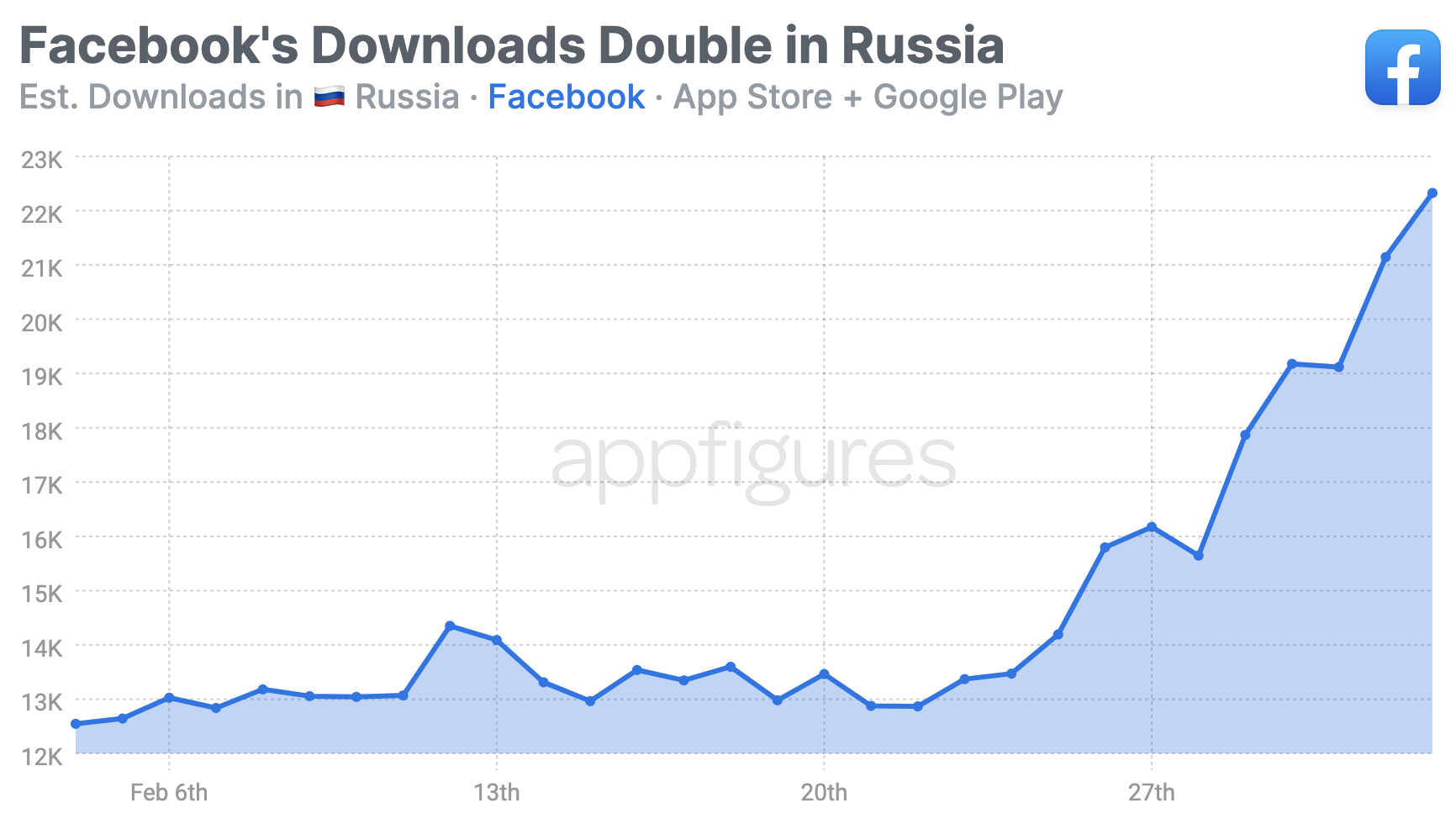 According to our estimates, demand for Facebook doubled in the first week of Russia's invasion of Ukraine.

Downloads went from about 12K per day to more than 22K on Friday, the day Facebook was blocked officially.

As of right now, VPN apps make up most of the top apps in Russia across the App Store and Google Play.

To see how big of a trend this is right now, I combined downloads for the top 10 VPN apps in each store. 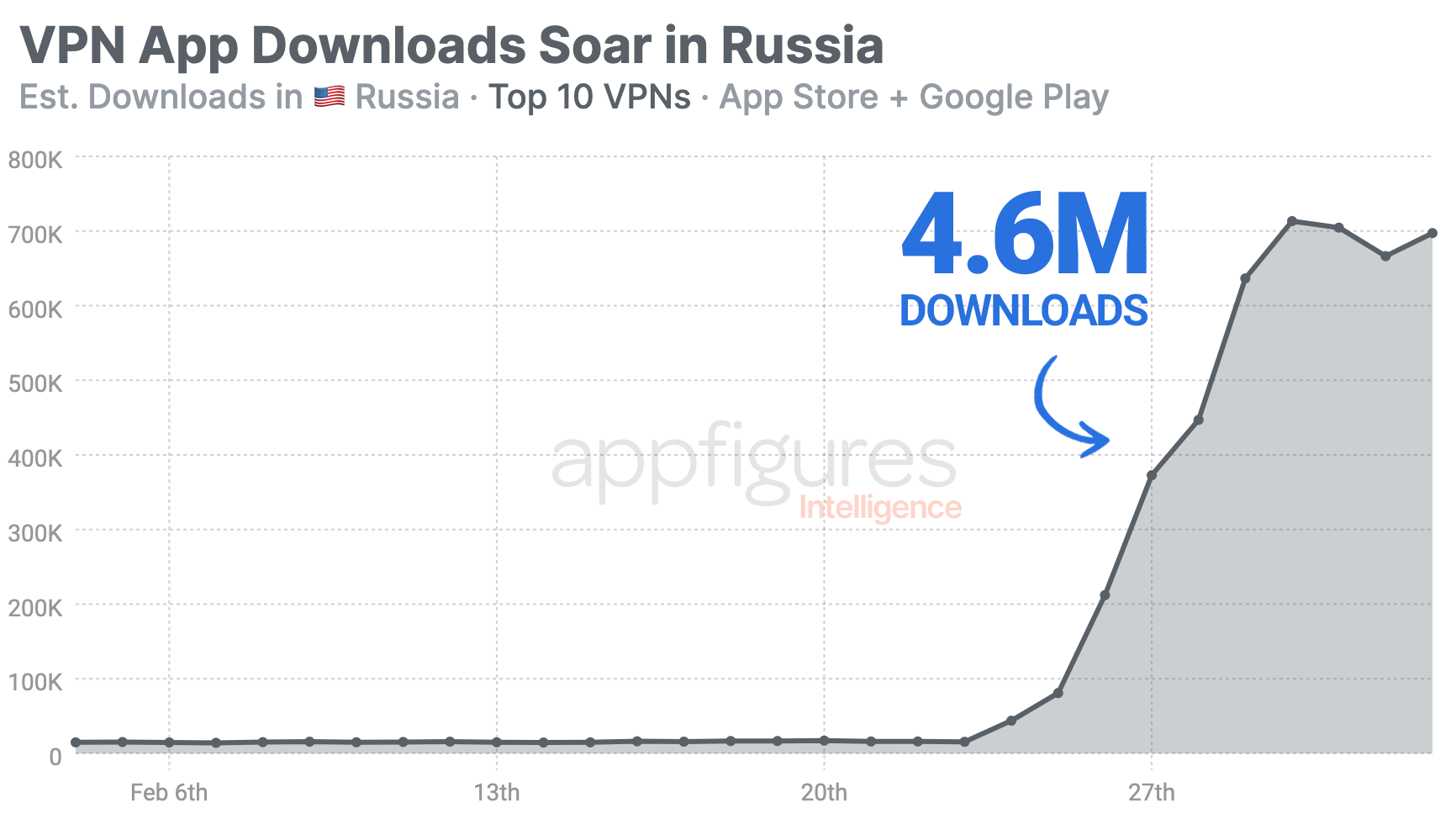 Cumulative downloads of the top 10 apps on the App Store and Google Play started climbing on February 24th, the day Russia officially invaded Ukraine. According to our estimates, downloads grew from a daily average of 16K to more than 700K by Wednesday.

The Most Downloaded VPNs in Russia Right Now

Going a level deeper, I analyzed the top 10 apps in each store and also combined them across both stores. 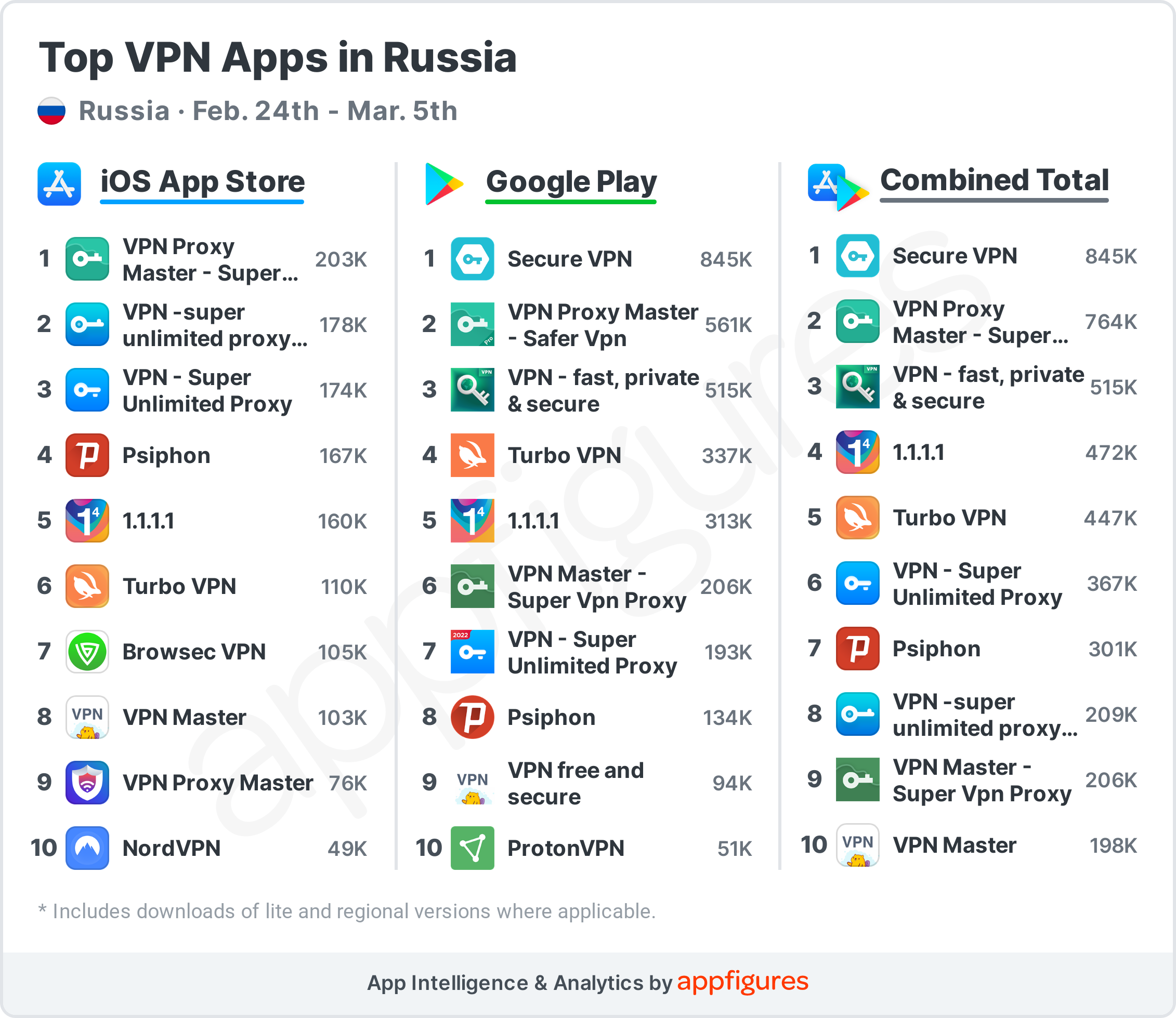 Most of these VPN apps look pretty much the same and mostly aren't branded, which means users just want to be able to browse the internet and don't care how. Which explains the skyrocketing trend we just looked at.

We can look at it from another angle -- the apps with the most downloads are those that showed up first in search results (thanks to App Store Optimization), with more well-known brands like Cloudflare, Nord, and Turbo VPN who are less optimized behind.

Overall, there's a good amount of variety in both apps and downloads.

Here are the totals for the leading VPN apps in each store:

It's good to see that there are still ways around Russian censorship, and it's also good to see so much variety, which means shutting them down won't be as easy. But... I suspect this will not continue for too long.

The government has a variety of ways to stop VPNs from operating in the country, both technically and "legally". And there's always the possibility of blocking the App Store and Google Play entirely.