The Rise of Clubhouse

Like Twitter, but where tweets are short audio bits. Sounds great, no? Investors sure think so. In late 2020, Andrew Chen of Andreesen Horowitz (A16Z) invested in Clubhouse, an audio-first social app that does exactly that.

We looked at downloads when they peaked a few weeks ago, and even though the app is still in private beta, this week, it hit a new milestone with yet another all-time high.

Clubhouse is in private beta, which means you'll need to be invited by an existing user to join. How big can a private beta get?

Maybe it's the core concept of social communication via audio. Maybe it's the allure of being "special" enough to get in on the private beta, but something is bringing more and more downloads. So many that Clubhouse continues to hit all-time highs at least once a week now.

Downloads shot up to 158K on Sunday, based on our estimates, for the best day the app has ever seen. Overall, the 4-month old app, which is only available on the App Store right now, has been downloaded more than 3.2 million times.

About 30% of those downloads, 1.1M to be exact, came in over the last 10 days. That's before Elon king-maker Musk used the platform to interview Robinhood's CEO about the platform's decisions around the GameStop frenzy. 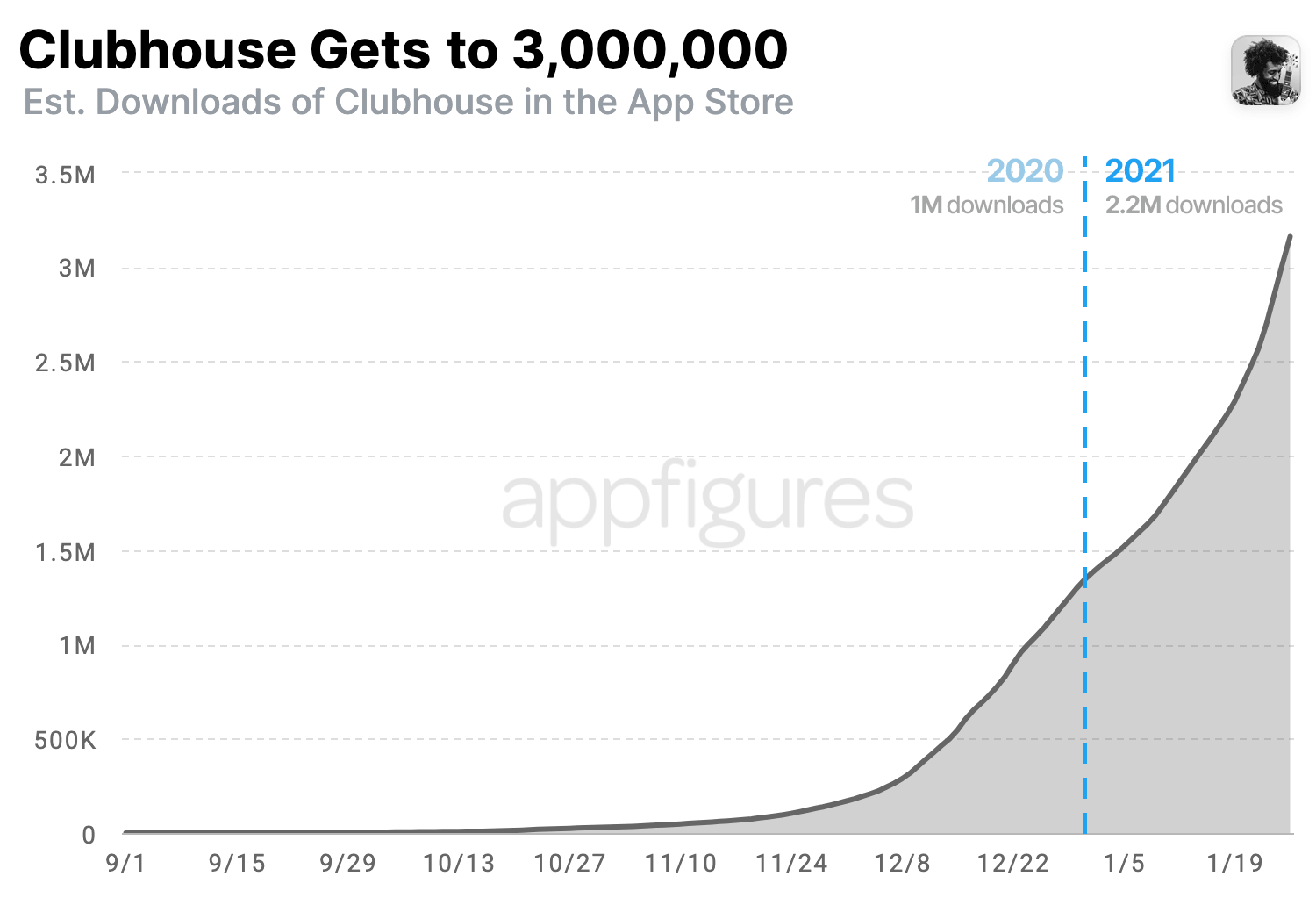 Although the U.S. makes up the majority of downloads, about 36% of that big total came from outside the U.S., and most of those happened in the last month. 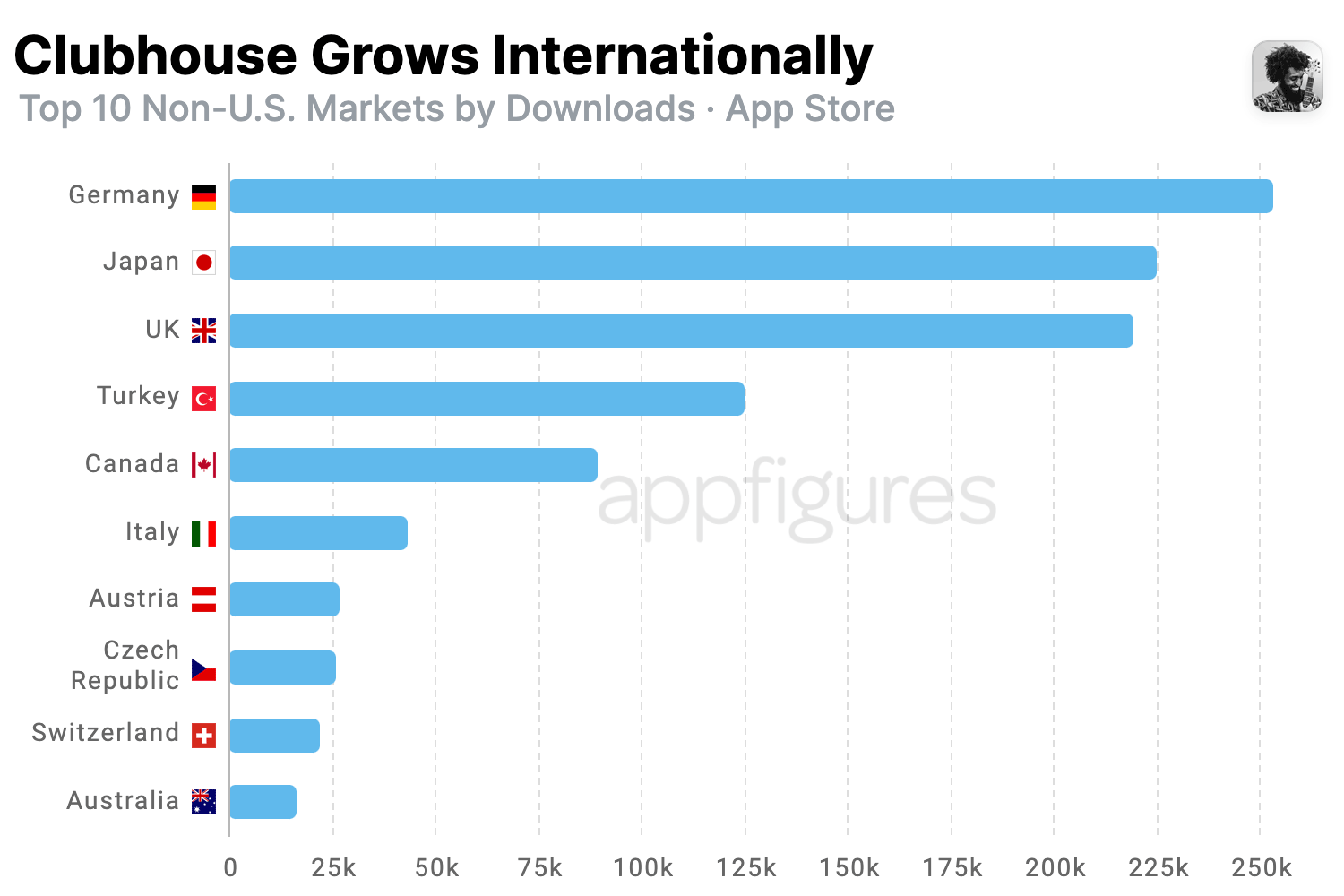 Germany, Japan, and the U.K., Clubhouse's top three non-U.S. markets, added 700K downloads to the total. More than half of those downloads happened within the last ten days.

Turkey, Canada, and Italy were right behind, adding more than 260K downloads to Clubhouse's already full beta, according to our downloads, indicating interest isn't local to a single country or even a particular language.

Audio-first is a big bet and one that faces many challenges, from accents to accessibility. Will Clubhouse be the next casual podcasting platform? Will it replace Telegram's audio rooms? And more importantly, can it catch on?

Those are all valid questions, and the answer is hard to forecast, but podcasts are making a comeback, and private-but-large audio rooms have proven useful, which makes me think there is a place in social media for a format you don't need a screen for

We'll know once Clubhouse's private beta allure fades and when the monetization engine kicks in.