If ever there was a time to pay more attention to the news, it is now. With things changing by the minute and having a far-reaching impact on much of our daily lives, the news has become more critical than ever.

That's why, unsurprisingly, downloads of news apps have gone up in recent weeks. But demand hasn't been equal across apps. At all.

When it comes to news, there are two types of apps you can get. One from a specific outlet (such as CNN or Fox) or one that aggregates news from various outlets into a single stream (such as Smartnews). Nowadays, people are flocking to the latter type in numbers that are far higher than the traditional outlets.

Here's how downloads for traditional outlets compare to news aggregators:

As you can see in this chart, the aggregators have seen fantastic growth over the last few days! Far more than the traditional channels have seen, even though all of them have been pushing web visitors towards downloading their mobile apps.

Although News Break was already more popular than the traditional channels, Smartnews was somewhat on par. Both saw meteoric growth pushing them to 160K and 130K, respectively, downloads in a single day in the US App Store. Their highest day ever!

Competing Over the Same Age Groups

It might be just us, but we expected the audience for the aggregators to be slightly younger than the traditional news consumer. According to the data, however, we were wrong. The table below shows the largest age-group of people downloading the app, and it's consistent across both types of apps

News Break is, for lack of a better term, breaking away from the pack. While CNN, Fox, and the New York Times have serious brand name recognition, which leads to downloads, News Break has something else going for it—Solid App Store Optimization, which helps it get ahead on the App Store.

The table below shows the rank of each of the apps for specific search terms. In other words, when someone goes into the App Store and types "news" into the search News Break will be the 3rd option. That's great! 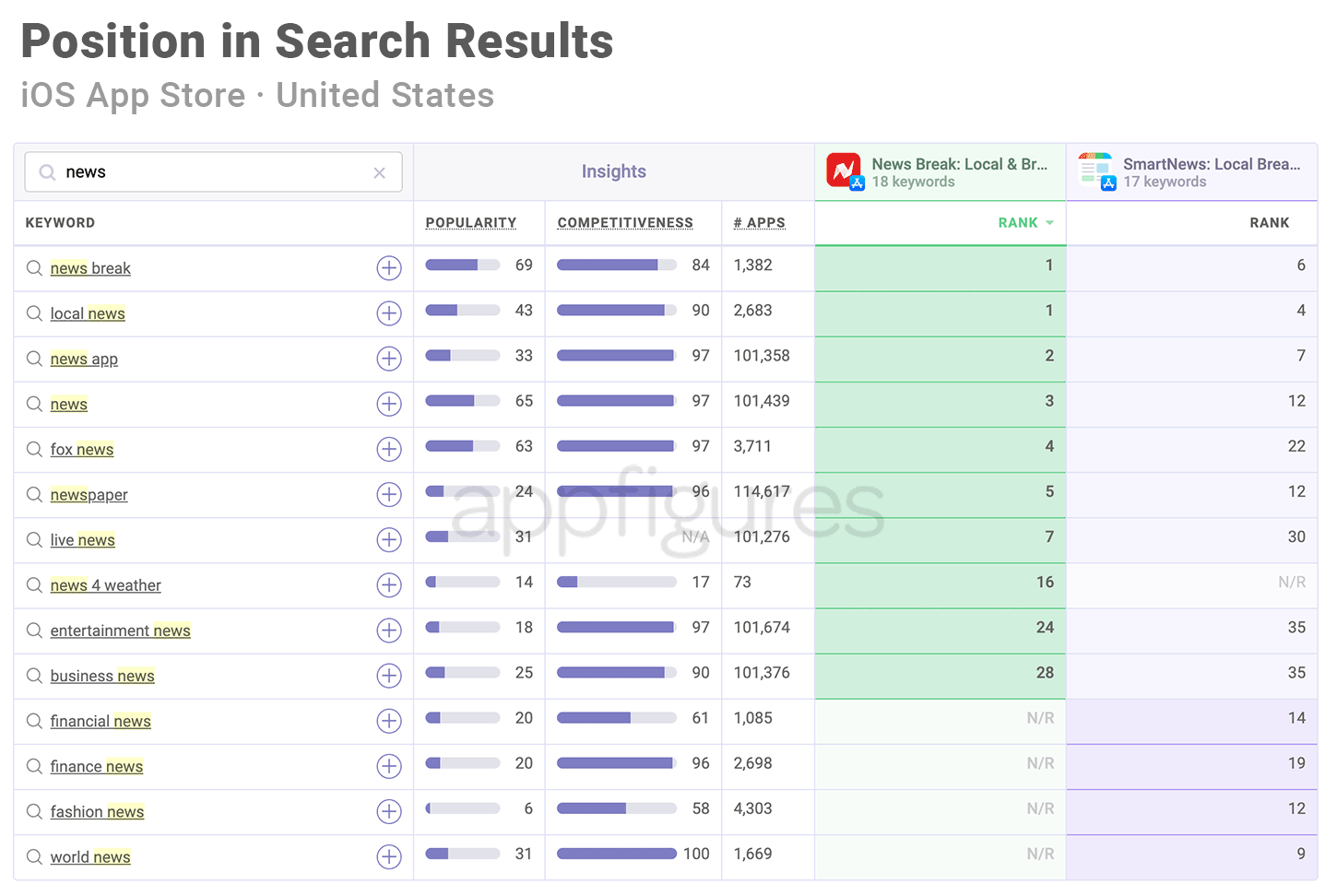 In addition to "news," News Break is a top option for many other relevant and popular searches, which is giving the app tremendous visibility right now.