Instacart's Extraordinary Growth, By the Numbers

COVID-19 has forced many countries to enforce lockdowns. By mid-march, much of the US has shifted to working from (and staying at) home. That has caused many local businesses great grief, but some companies are thriving during these trying times.

One such company is Instacart, a marketplace that connects people who need groceries delivered to them, and those who are willing to shop and deliver for them.

In the last month, Instacart saw extraordinary growth unlike any it's ever seen since it's inception in 2012, for a few weeks hitting higher downloads than shopping giant Amazon.

Not having to leave the house to shop is a great luxury at this time, and Instacart is one of the few services that do that at a big enough scale. Looking at new downloads for Instacart's app, we can see they're in demand right now. 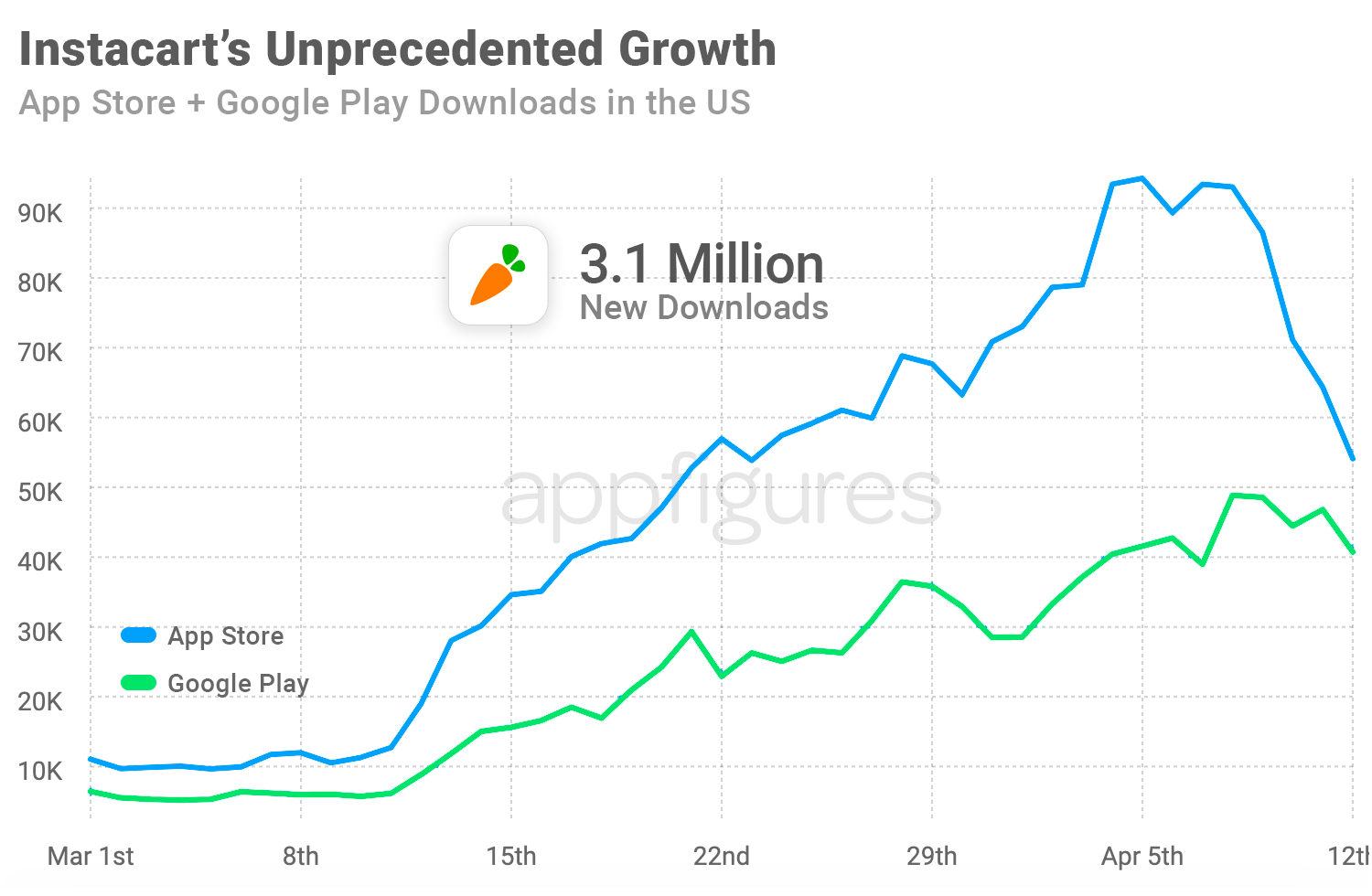 Downloads have grown steadily over the last few weeks. Peaking at 141K downloads on April 8th, downloads exceeded 3.2 million downloads across the App Store and Google Play in the US.

3 New Shopper for Every 10 New Users

Growth in demand is excellent, but for Instacart having more customers means they also need more shoppers. Luckily, many who weren't afraid to don a face mask and gloves saw this as an opportunity, as we can through downloads of "Instacart Shopper," the app used by those handling the actual shopping. 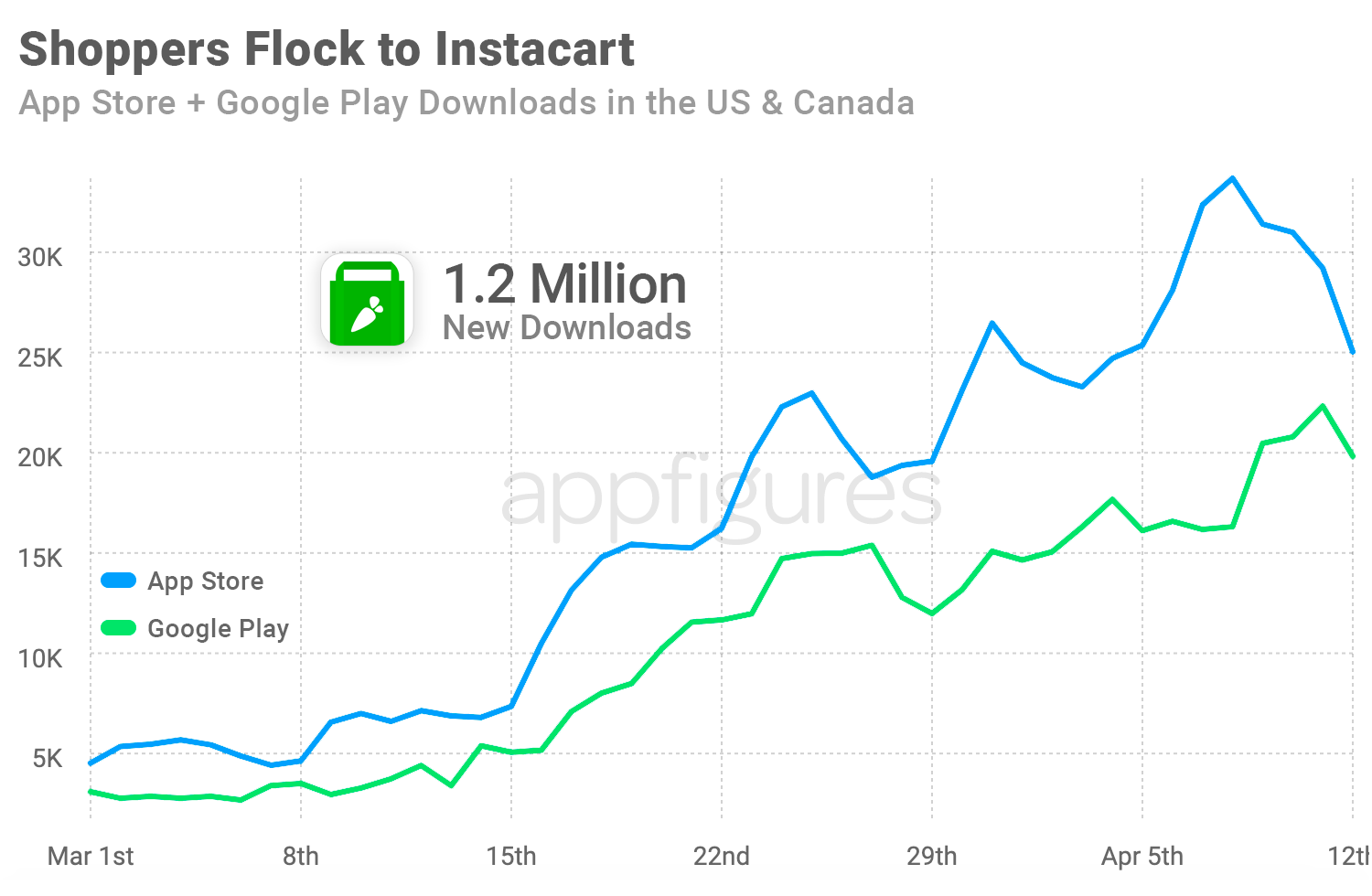 Downloads have followed that of the consumer app, indicating shoppers saw the opportunity immediately. Even shopper strikes and tip scams haven't been able to slow down downloads, which grew by a factor of 5. For every ten new customers, Instacart added three new shoppers, scaling the service's ability to serve all of the new customers, with downloads for the shopper app peaking at 52,000 on April 9th.

All in, Instacart Shopper has been downloaded more than 1.2 million times since the beginning of March in the US.

Instacart is well-positioned for success in such times, but will they be able to maintain this demand a month or two from now, when the lockdown is over? Unlikely, but having gotten so much exposure, they're likely to keep more of those customers active, which will make it harder for competitors to compete.

When Musk, Snowden, and WhatsApp Want You to Get Signal

Free-speech social network Parler is about to get the axe as millions are moving over.