The Most Downloaded Mobile Apps in April

April continued the stability March showed, with the top charts remaining pretty stable overall, unlike the wild ups and downs we saw in January and February. April was also the last month we saw the store as it used to be because App Tracking Transparency is here now, and that's going to change things.

Every month we round up the most downloaded apps and barring a few tumultuous months, the incumbents continue their unstoppable domination. But, there's something they have in common, they all sell ads. Big time. 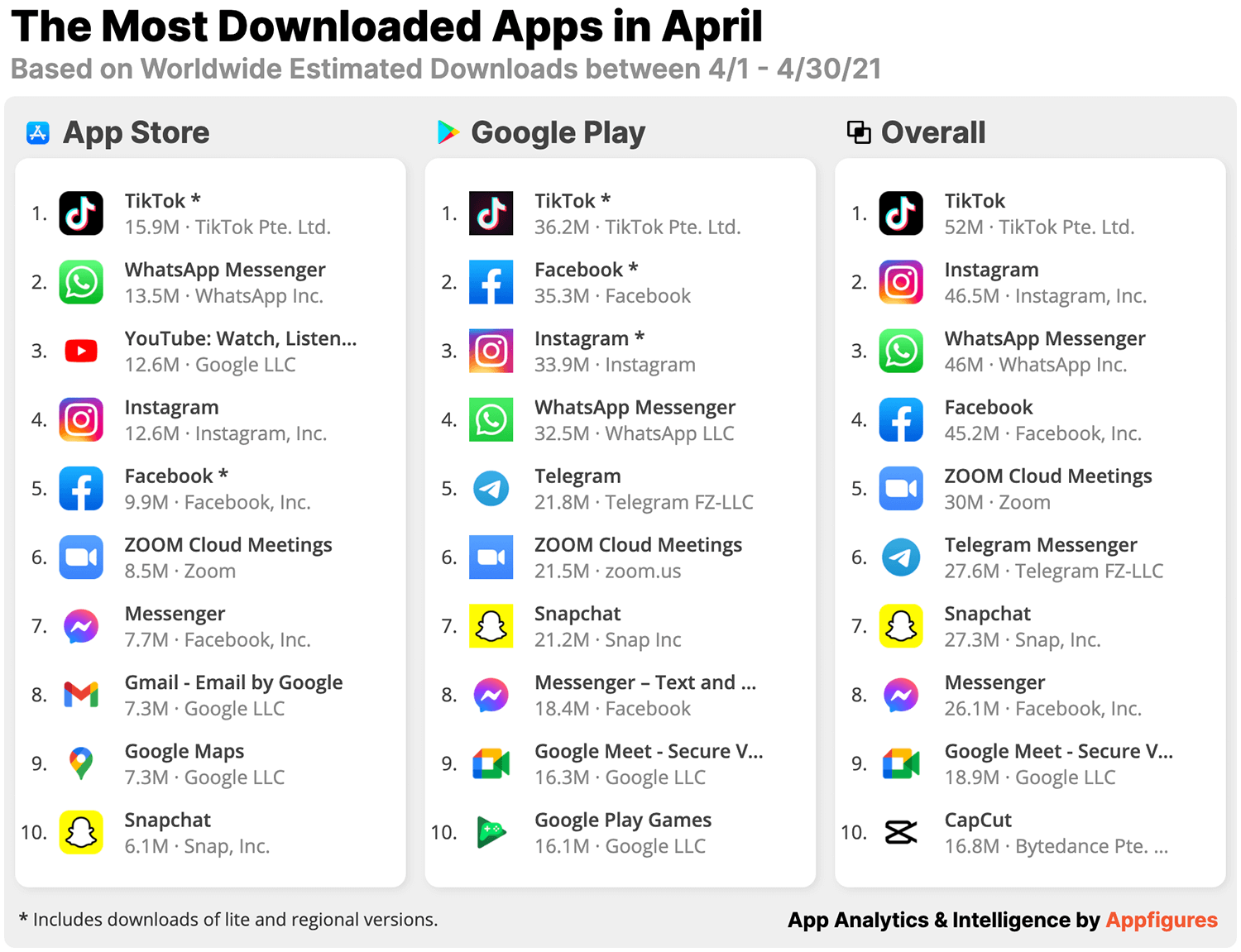 With App Tracking Transparency, that's going to become more challenging and has far-reaching implications for the services and Apple's App Store. It's not that ads will disappear but rather that how ads are targeted will become harder to do, making ads less effective and more expensive. Not the right one-two punch you want.

It'll take some time to see the real impact, so let's instead look at the numbers. TikTok, Instagram, and WhatsApp were the top 3 most downloaded apps globally and across both the App Store and Google Play. Based on our estimates, the trio made its way into 144.5M new iOS and Android devices in April.

On the App Store, TikTok continued its domination, followed by WhatsApp, YouTube, Instagram, and Facebook. Of the top 10 most downloaded iOS apps in April, Facebook owns four and got 43% of the downloads of all ten combined, based on our estimates.

Google Play wasn't very different, with TikTok at the top, followed by Facebook, Instagram, WhatsApp, and Telegram. The order's a bit off, but the list is pretty much the same. On Google's turf, Facebook-owned apps owned 39% of the combined total of the top 10 apps, based on our intelligence.

Together, the top 10 most downloaded apps in the world were downloaded 337 million times in April. That's about 4% lower than March, but April is a day short, which adds up when you're at the top.

Umm, no. But that's not really new.

We're looking at Facebook because it's been "leaking" downloads slowly in the last year. The app has seen downward slopes before, but in the last year, the trend hasn't buckled. 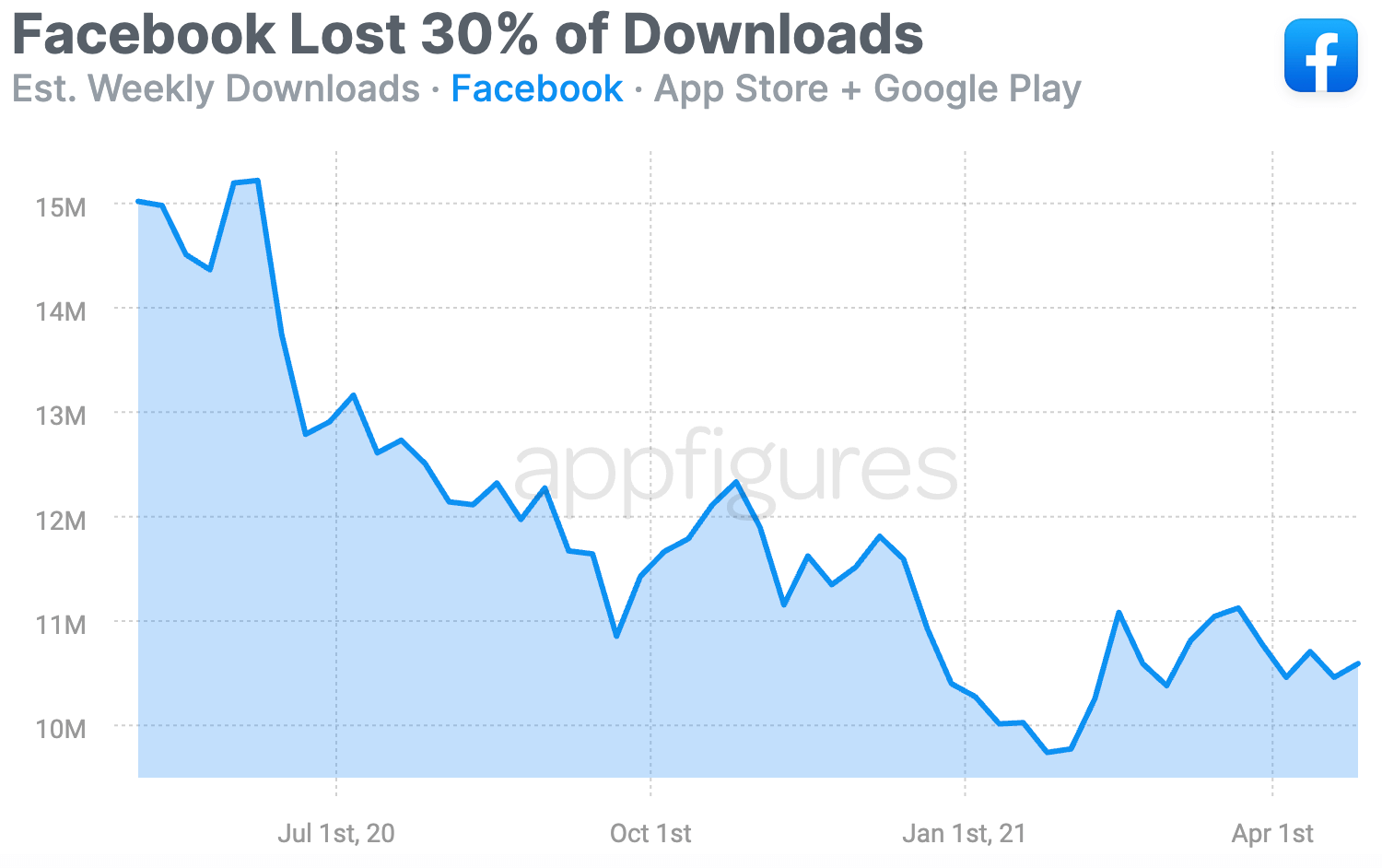 In May of 2020, downloads for Facebook's flagship and lite apps averaged around 15M every week. That's across both the App Store and Google Play, based on our estimates. By June, that number dropped to 13M. Fast forward to April 2021, and that number is roaming at under 11M.

What could hurt Facebook like that? If you ask me, TikTok. The short video platform has been growing like wildfire in the last few years and does a great job at keeping its users' attention. That's attention those users are not giving Facebook.

I could be wrong here, of course, so if you have better theories, please share them with us.

Bottom line: Facebook has proven time and time again that it can tell what the new "big" thing is. Or, maybe they got lucky repeatedly. Either way, Zuck and co seem to know the need to reinvent is never-ending. I'm curious to see what's next.