The Most Downloaded Apps and Games in November 2020

November was an interesting month in the mobile space. A very noisy U.S. election and a new wave of global lockdowns kept top charts in flux. Let's zoom out and see which apps and games got the most downloads globally. 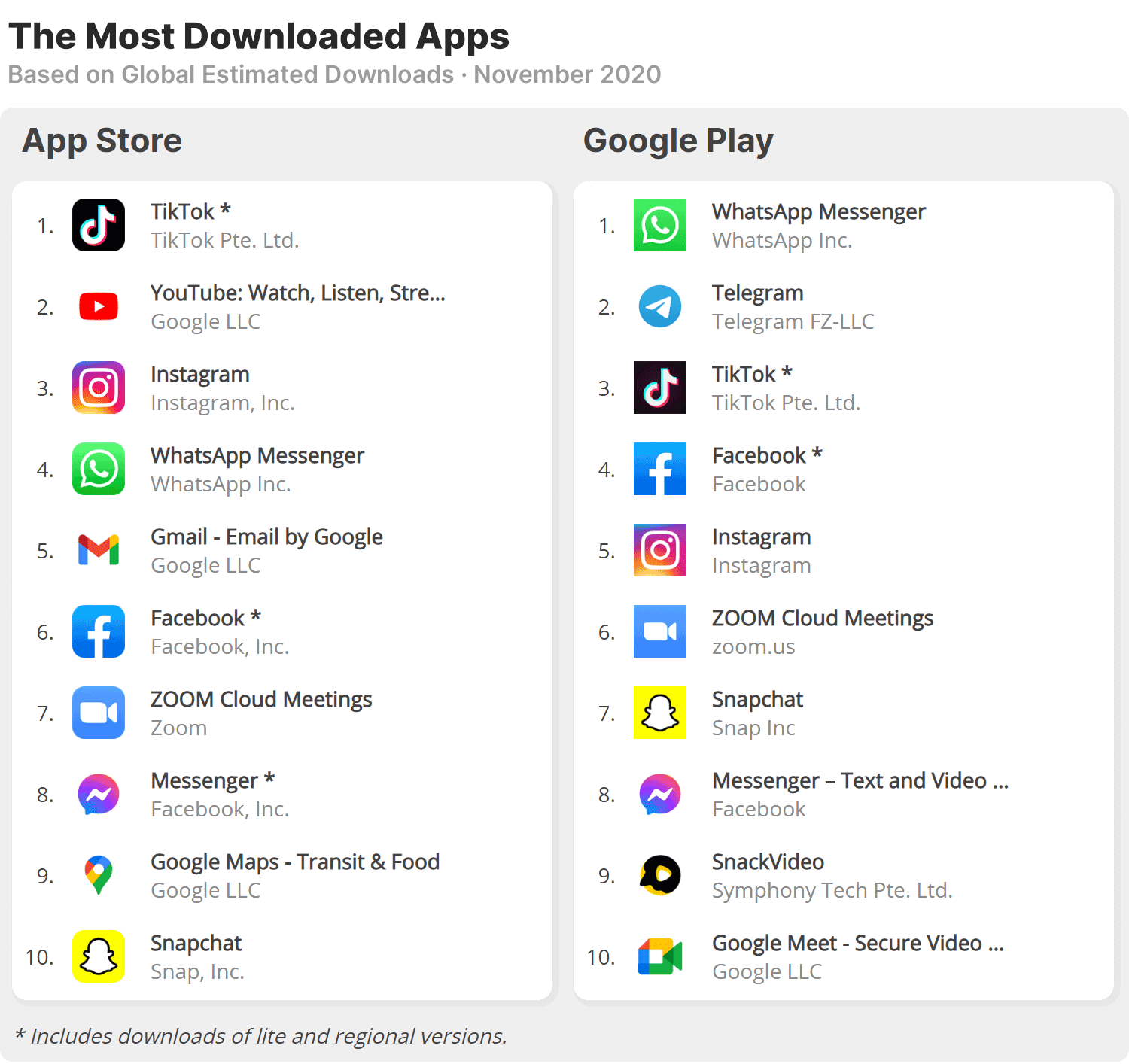 The familiar crowd favorites are all at it again this month. TikTok grew a bit since October and generated 11.7M downloads on the App Store worldwide across its three variants, based on our estimates.

Google and Facebook continue to dominate the App Store, having 3 and 4 horses in the race, respectively. It's worth noting that Google Maps downloads dropped by ~12% in November, likely due to the intensifying lockdown orders all around the globe.

On Google Play, Telegram is continuing to soar, with downloads up more than 126% since June. SnackVideo, another fairly new name to this list, made the list again with strong downloads in India. This is likely the last time we'll see it, however, as the app was banned in late November. 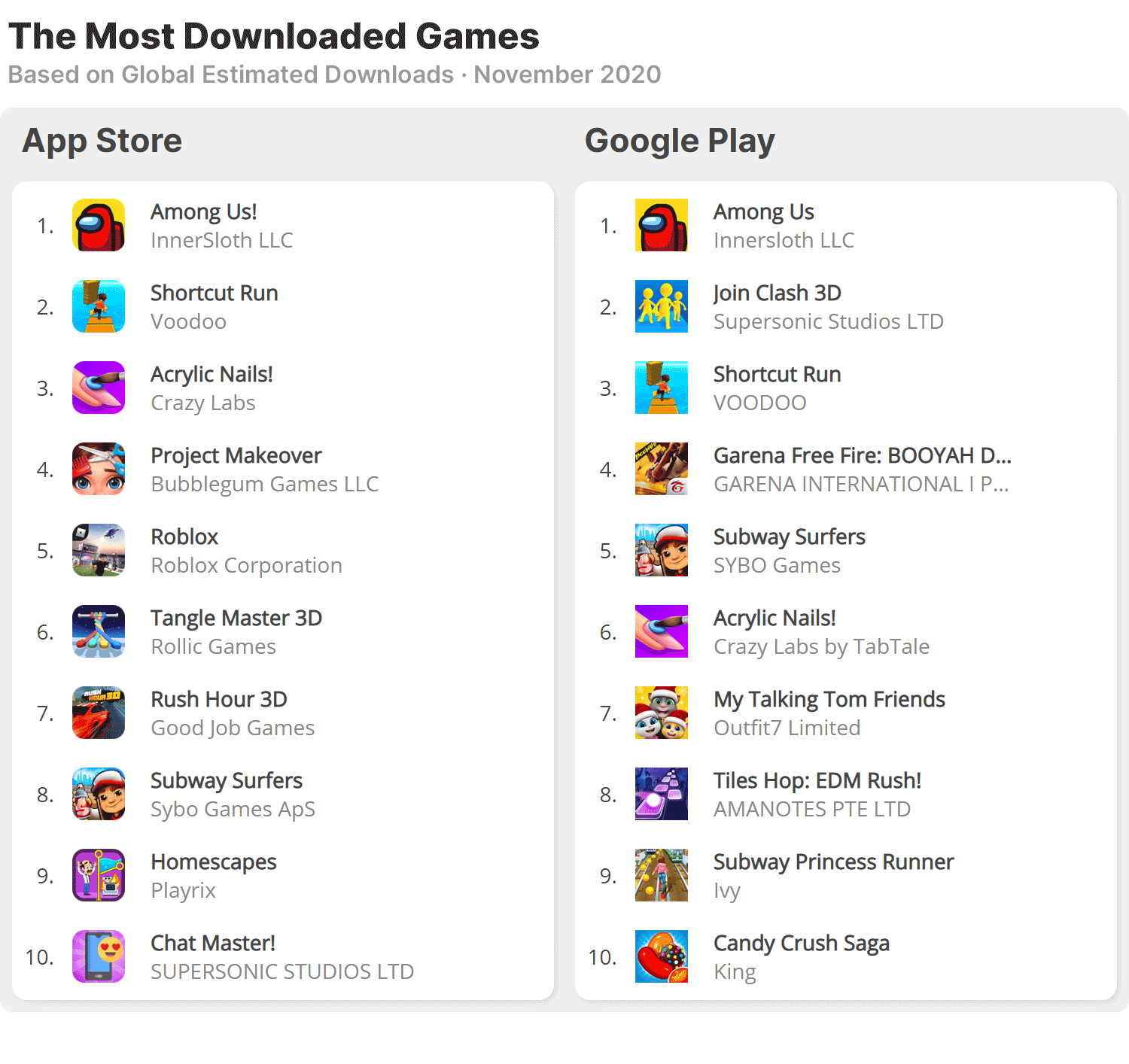 InnerSloth's run is going on strong, with Among Us netting more than 64.9M downloads in November across the App Store and Google Play, according to our intelligence. That's a tad under October's haul of 70.2M downloads.

Heavy UA has propelled hyper-casual titles into the list as well, but they aren't dominating the list, as was the case earlier this year.

IPO baby, Roblox, has seen a small-but-positive increase in downloads of about 8% on the App Store vs. October, but is far down on the list for Google Play, at #20. There's lots of opportunity globally for the youngster favorite and its soon-to-be-minted stock.