The Oculus Quest celebrated its first birthday yesterday. While most virtual reality headsets appealed mostly to serious gamers, the Quest was the to attract mass appeal not just because Facebook owns it, but mainly because it does not require a computer.

A year in, let's see if the Quest managed to become a household name.

App Downloads as a Proxy for Unit Sales

Facebook hasn't released actual unit sales for the Quest. While some have tried to deduce unit sales from revenue, we have a different proxy—app downloads. Setting up the Quest for the first time requires a mobile device with the Oculus app, so every Quest requires a download, giving us another way to estimate the number of Quests out there.

On an average day, the Oculus app gets about 3,000 new downloads. That's a lot of devices! Now, not every download is a new device. There could be people downloading the app just for fun, or to manage Oculus' other device, the Rift, so take these with a grain of salt. 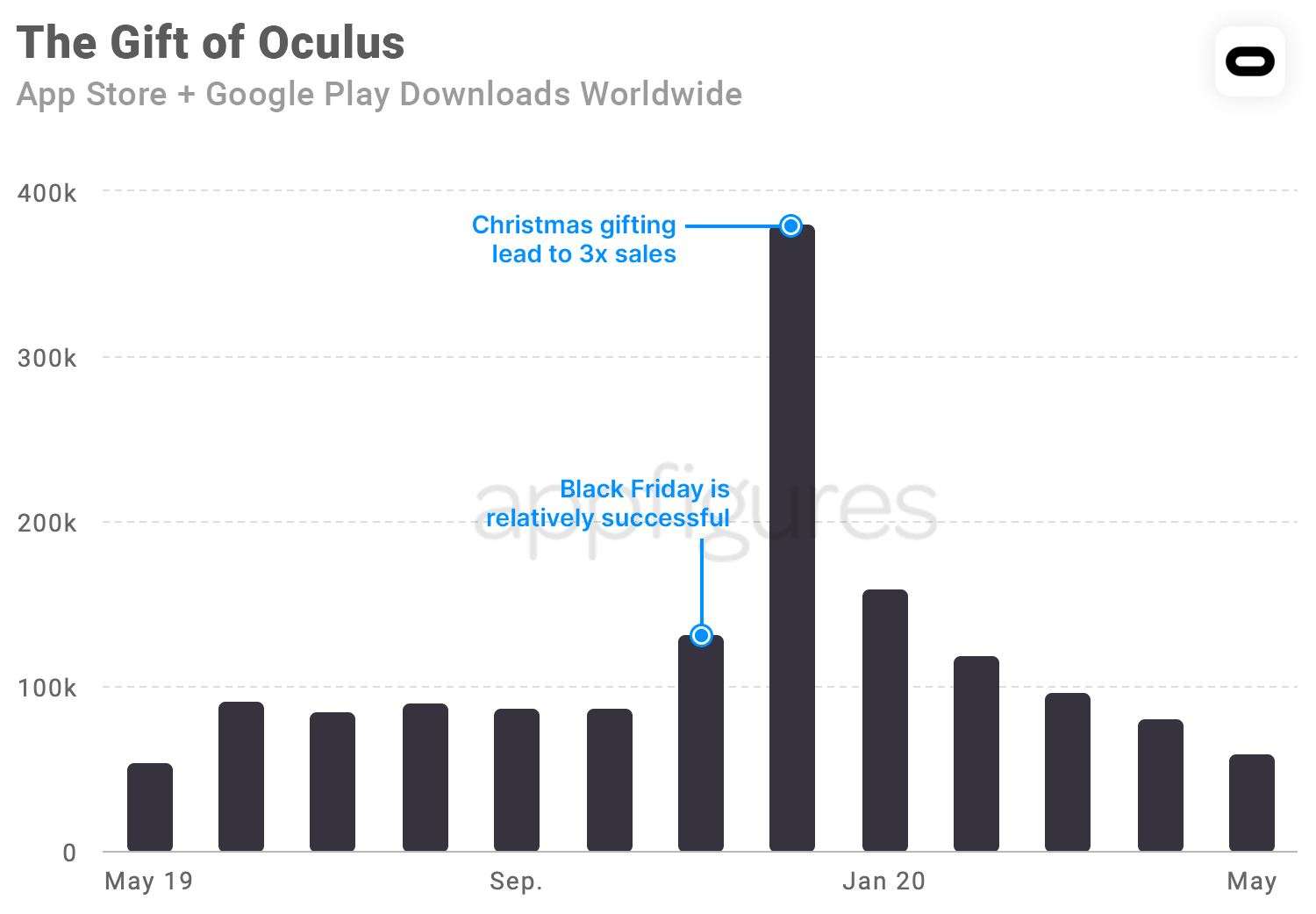 With an average of 85,000 downloads per month, not including the holiday season, it's fairly safe to say a large majority were for new Quest activations. Not including November and December, we estimate the Oculus app was downloaded 1M times since the Quest started shipping.

A wonderful gift! In the month of December, downloads increased by a whopping 450% to over 380,000 downloads, roughly 24% of total downloads. That's a lot of happy folks who aren't bummed about being stuck at home now.

All in, the Oculus app was downloaded 1.5 million times since the Quest was launched. 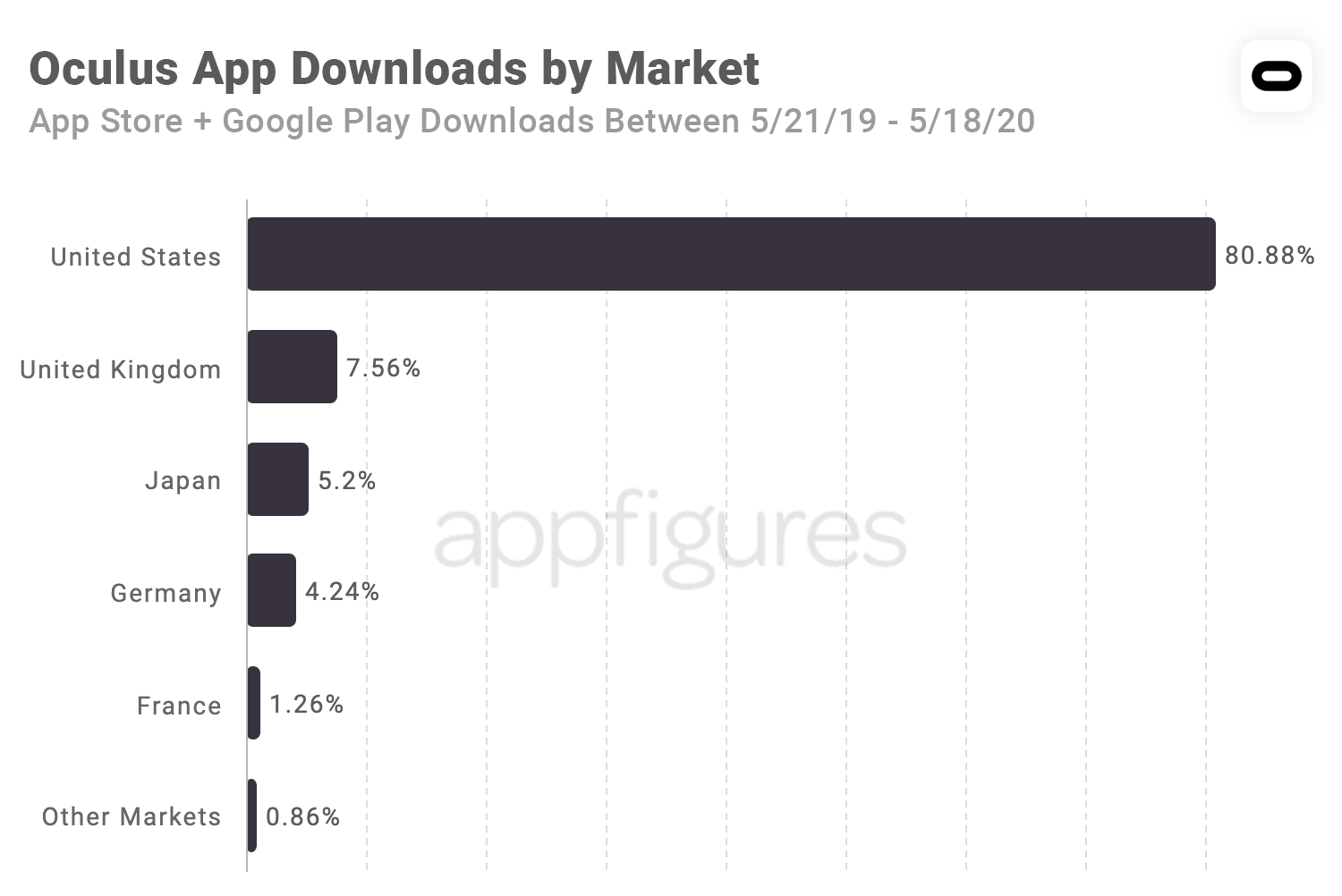 Using app downloads, we can also see where sales are coming from. Unsurprisingly, the U.S. is, by far, the Quest's biggest market, contributing to 81% of sales. The U.K comes in second at 8%, and Japan rounds out the top three with 5%. In other words, Facebook has a lot of expansion opportunities with the Quest, which is likely to happen in 2021.