Update 1/11 11:43am: Parler is now completely offline (after AWS shut it down) and no longer on the App Store or Google Play.

After a series of events that took place this week, social media has been in the spotlight and, more specifically, Parler, a social media service that competes with Twitter by taking a hands-off approach to moderation.

Existential Threat Leads to a Surge in Demand

On Friday, Buzzfeed reported that Apple has threatened to remove Parler from the App Store unless they change their moderation policy. Shortly after, Google proceeded to pull the app from Google Play without warning.

For people who wanted to participate in the conversation, this was a nudge to download the iOS app while they still can. And they did. 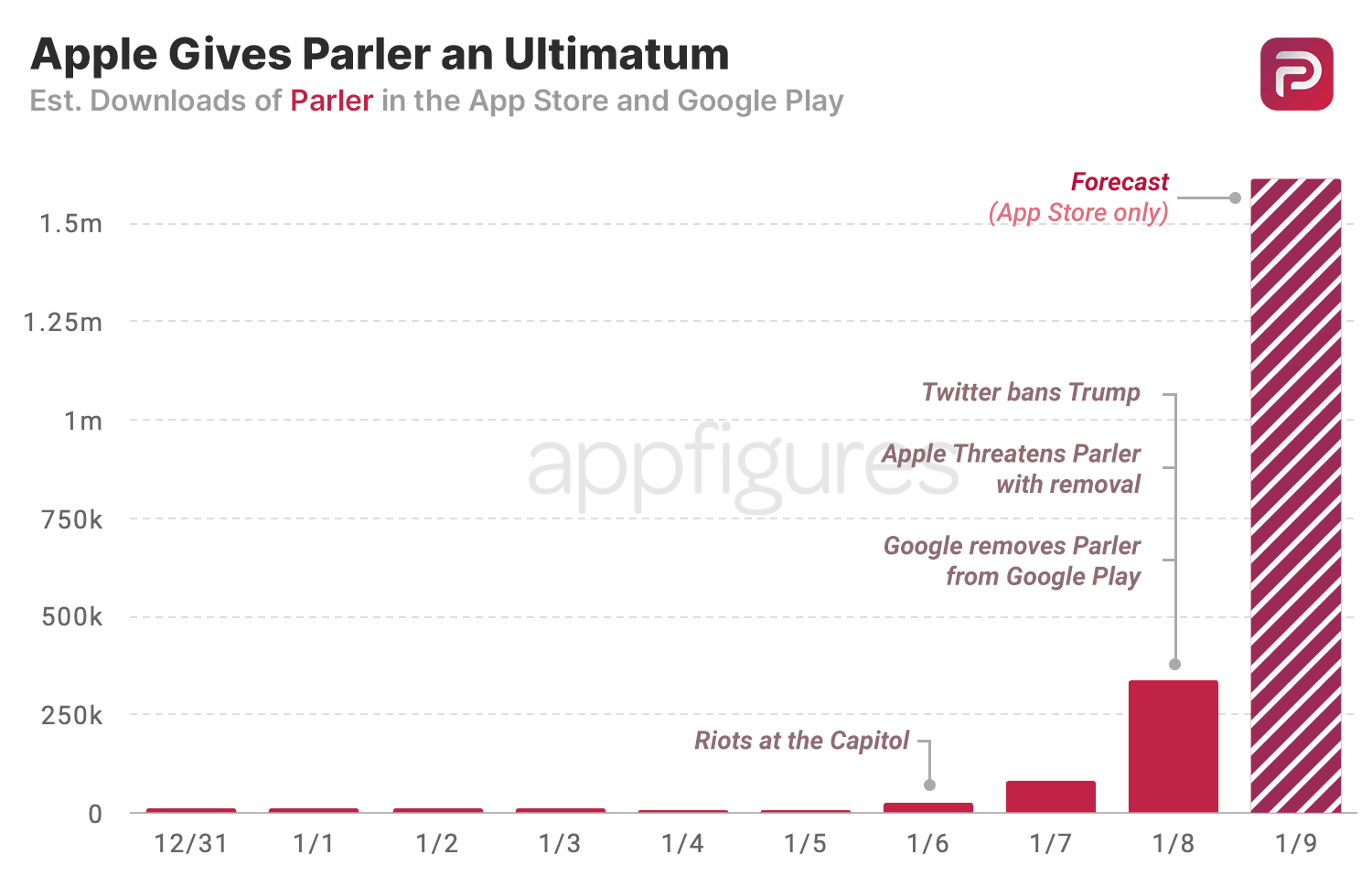 We estimate that on Friday, downloads grew to more than 340,000, up from about 12,000 in the prior week. Total downloads between Wednesday and Friday are estimated to have added more than 450,000 new downloads.

Given the existential threat Apple placed on the app and that it can no longer be downloaded from Google Play, we're going to do something we don't often and forecast downloads for Saturday (today) will surpass 1.5 million in the App Store, since the app is no longer available on Google Play.

This is a forecast of an estimate, but based on all the data we have, we believe this spike to be higher than election day.

This isn't the first time Parler is in the spotlight. Over the summer, politicians who felt muzzled by Twitter helped popularize the service, which gave it a serious boost in downloads. Then, during a very tumultuous election cycle, Parler's popularity broke new highs, as Twitter began labeling tweets from the president and other political figures and pundits as incorrect. 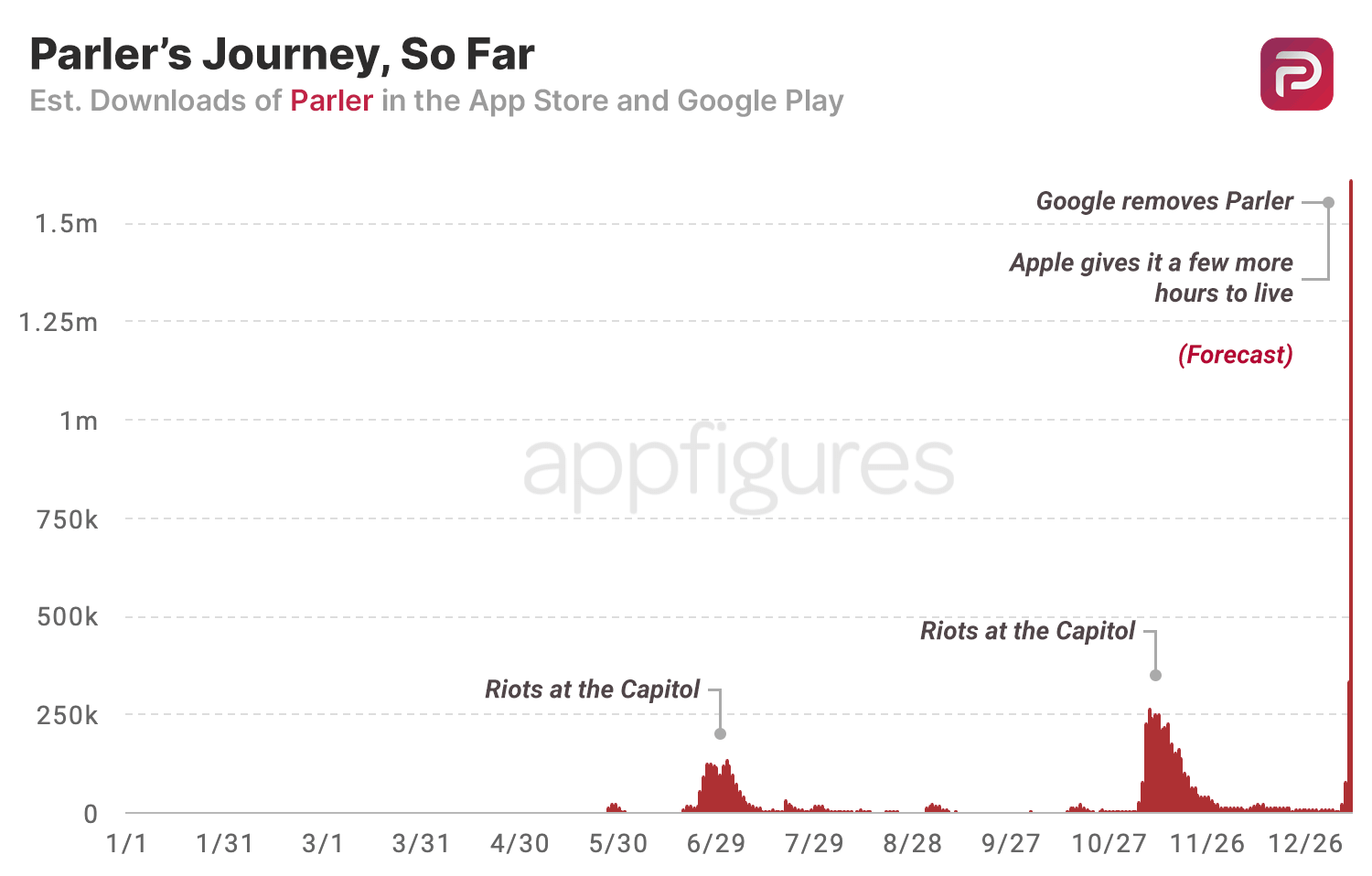 The app's future isn't clear, but if they do find a way to fit into Apple's and Google's guidelines and continue to exist, and if Donald Trump moves to Parler as he insinuated he would just minutes before it was pulled, Parler will gain a large number of new users to rival Twitter.