But this was no standard release.

How do you get 15 million people to see your app instantly and earn the #2 rank in your category in the US as soon as you launch your app?

That's where Arrive comes in. In 2017 Shopify released an app that tracks packages called Arrive. The app was free and worked with most major online stores, not just Shopify stores, so it offered a really convenient solution for online shoppers. Since the global lockdown started in March, it became even more popular.

But how's Arrive related? This is where Shopify got really clever. Instead of launching Shop as a new app, they replaced Arrive. 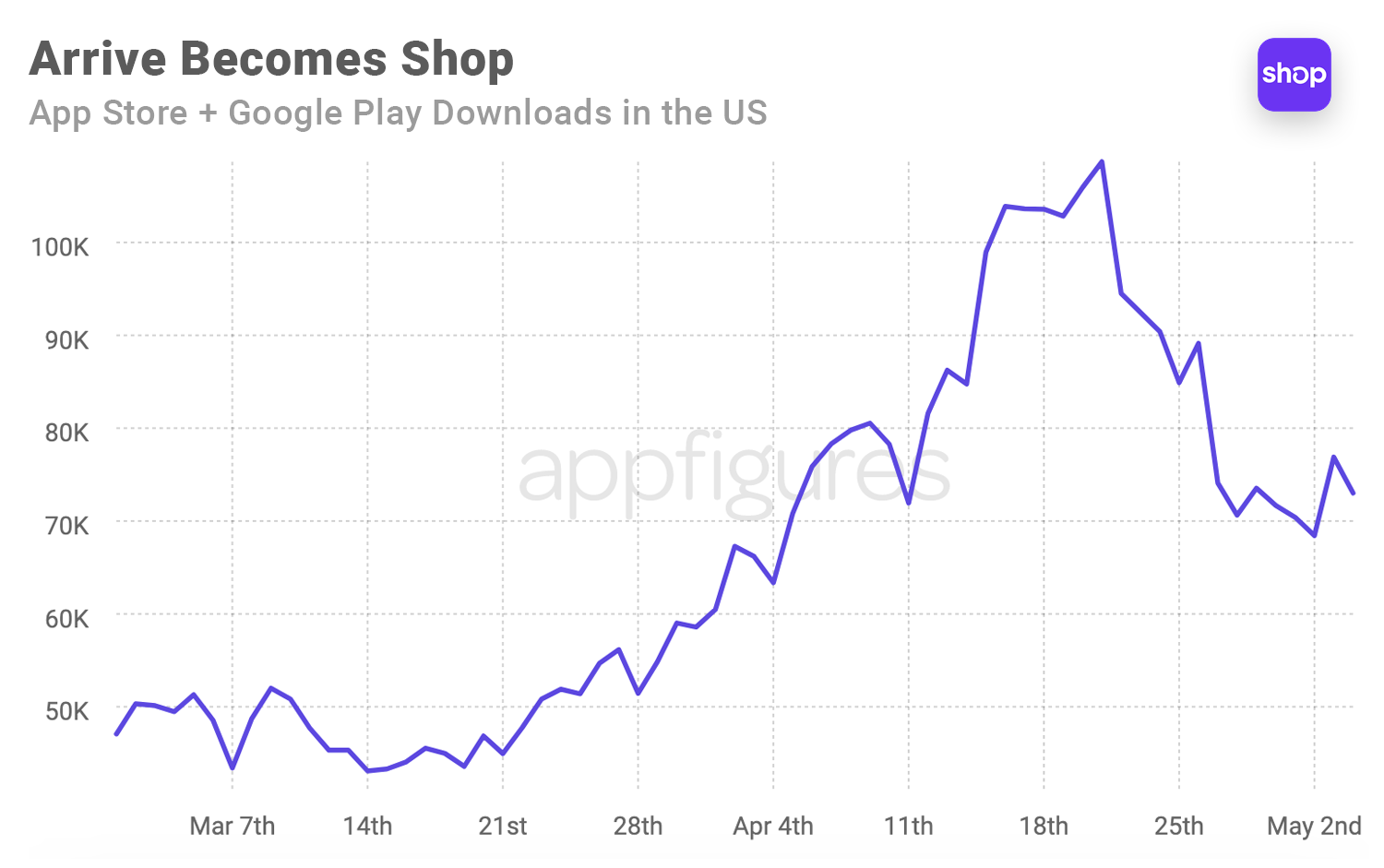 Impressive downloads, considering all of those devices now have Shop instead of Arrive. Past downloads aside, this type of performance also gives Shop a very high rank in the Shopping category, beating more well-known names right out of the gate. 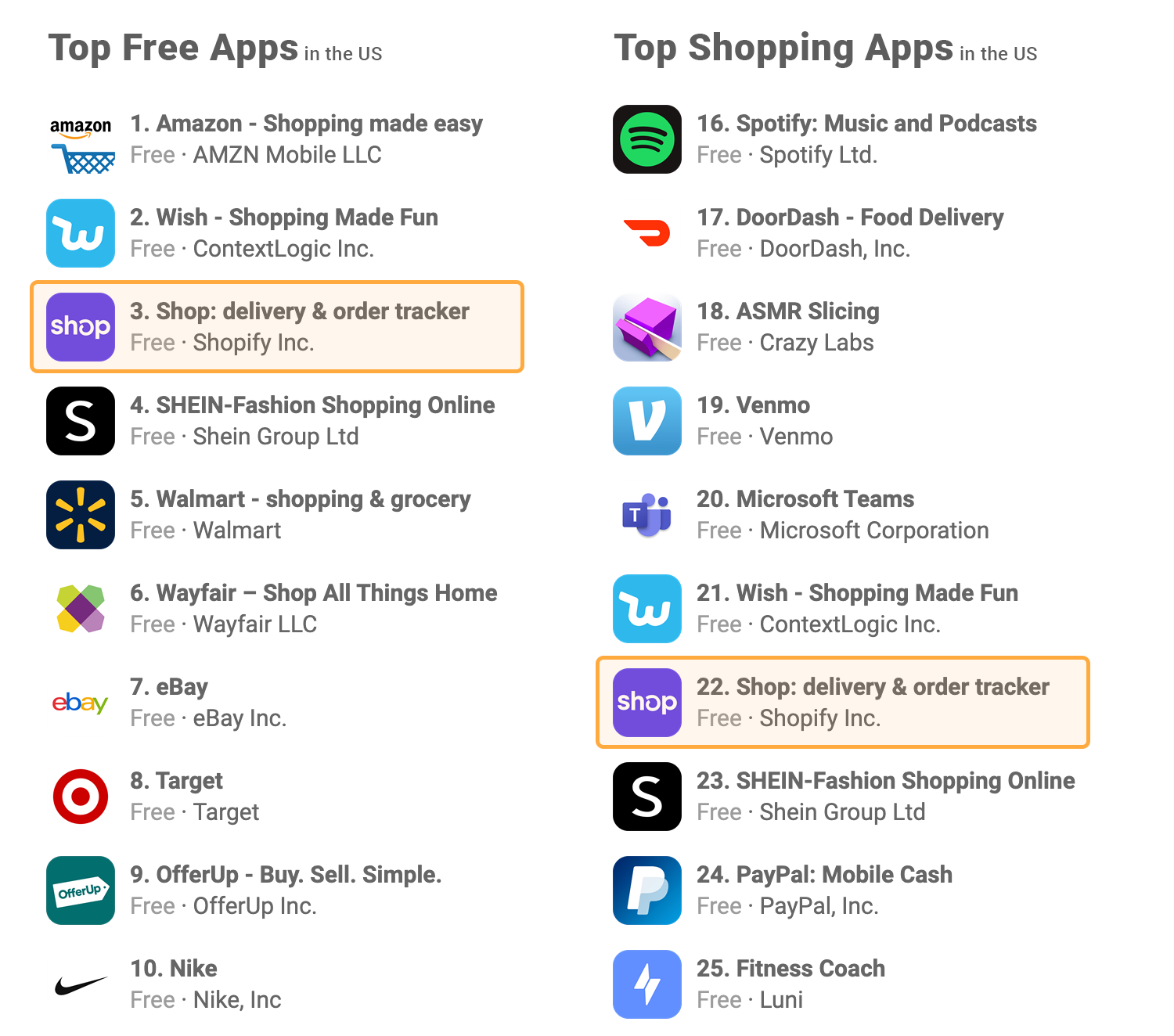 A Future Threat to Amazon

Although Shop isn't (yet) a direct shopping app, Shopify has the power to turn that on at any moment. When (not if) they do, Shop will not just have a diverse product selection but also the downloads and popularity to take on incumbent Amazon. 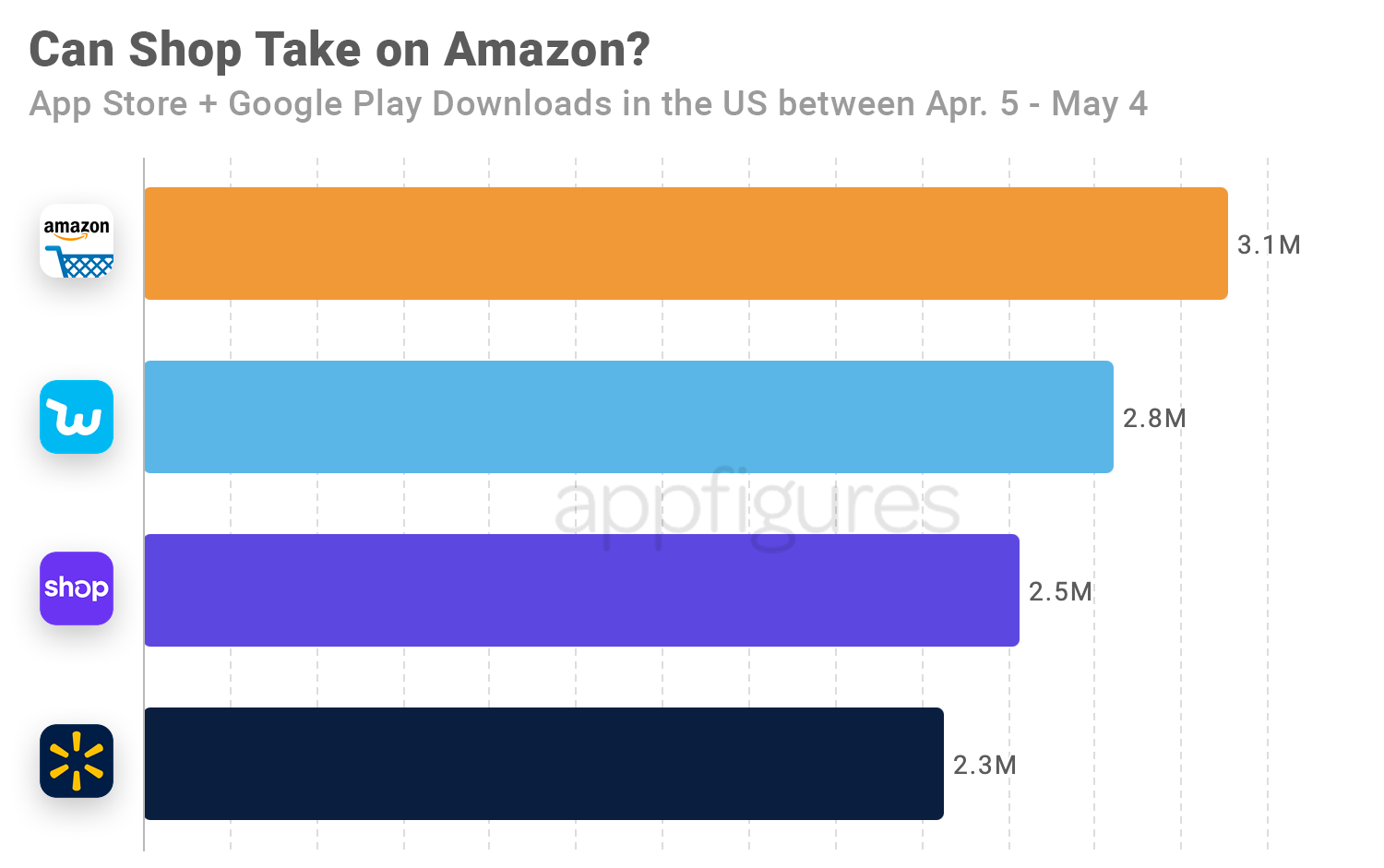 The global lockdown has forced most purchases to be placed online, and while that will change as cities re-open over the next few months, it's likely to have a long-lasting impact on shopping patterns.

We expect to see Shop evolving into a full-fledged shopping destination, and when it does, it could rival Amazon's empire.

During uncertain times everything you thought you knew changes constantly, and with it, so are the decisions you need to make to remain successful. Appfigures has all the data you need to stay on top with intuitive app intelligence, SDK intelligence, and market research tools. Learn more