When you get the basics of ASO right, you can rank not just one but multiple apps. In this Teardown we're going to look at one developer that ranks multiple versions of its game for the main keyword.

Can you guess how they do it?

The basic rules of ASO are so important it's becoming something you really shouldn't ignore. Whether you optimize actively or just want to make sure your apps or games don't fall behind, you at least have to do the basics. 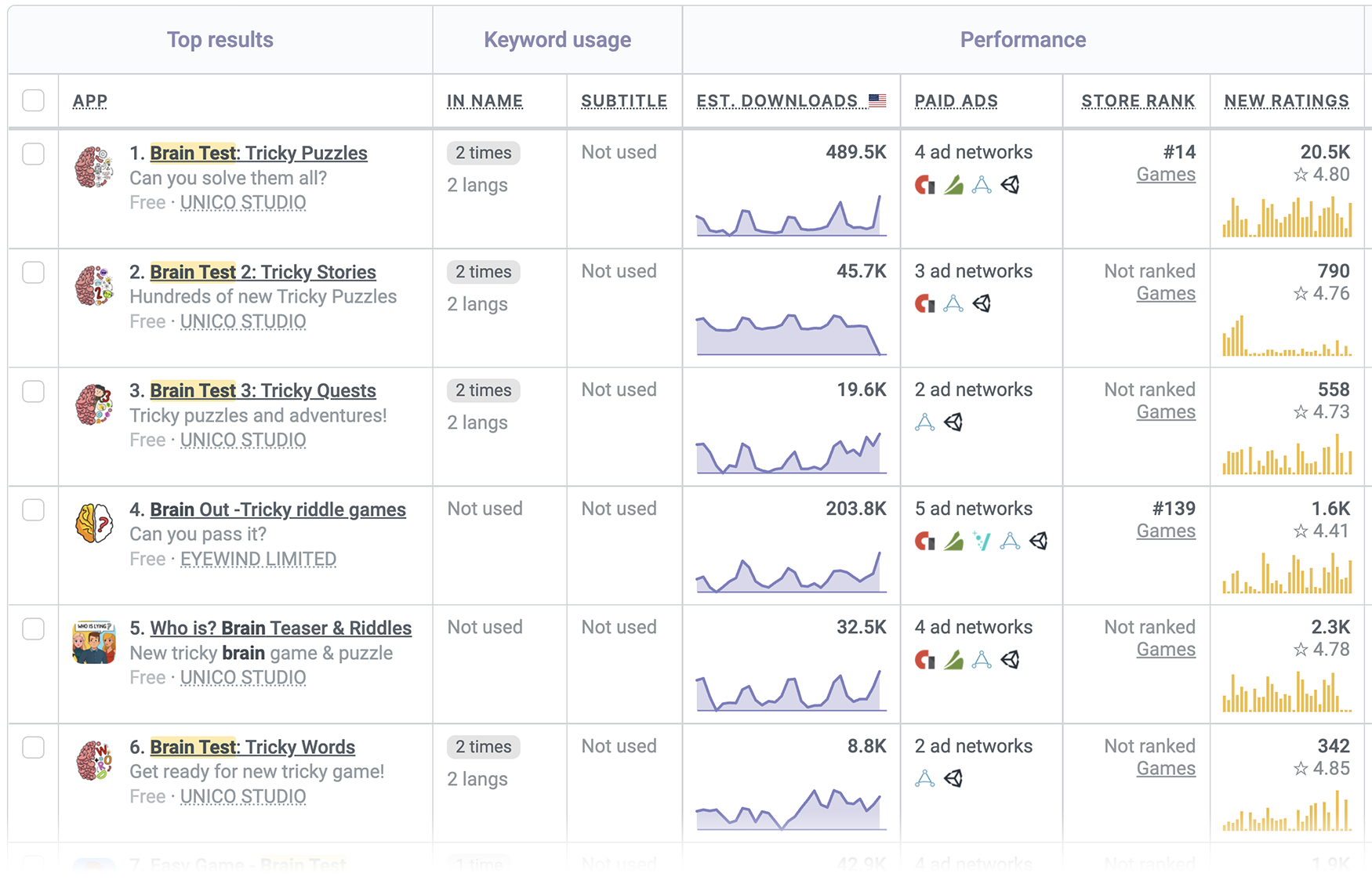 Brain Test 1, 2, and 3 are, well, the first, second, and third results for this search. You might be thinking, that's their brand and this is a pretty popular game, so the algorithm must rank them that way! But it's really all about keyword placement + ratings.

The keyword is the first thing in the name, there's no repetition, and they're sorted by /drumroll/ ratings count.

The more times I say it's all about keyword placement + ratings, the more I'm starting to see how these two are the equivalent of "you need to eat your vegetables". So, go on and do both.

Brain Out, the first out-of-family result, in fourth place, uses half the keyword in its visible metadata and half in its keyword list. It's not a terrible strategy considering "brain test" might be seen as a competitor name, but it's such a generic term that it's not really.

It's getting a decent number of new ratings, more than the second and third places combined, but because it isn't using the full keyword in the name/subtitle, the algorithm can't help it. If it did, it'd jump into second place.

In fifth place we have another out-of-family result, Who Is?, which splits the keyword like fourth place result. It gets more results than the fourth place, but because it duplicates "brain" between the name and subtitle the algorithm isn't giving that as much weight, and it ranks below.

In 6th place we have another in-family result. It follows the exact same formula for keywords, so why is this one so low?

Looks at those ratings... This version of Brain Test gets the least number of new ratings. Fewer than its siblings and the two apps that break the keyword in half. A few more ratings, probably a couple hundred, would lift it into the top five, and place it in fourth place.

It's (almost) as simple as that!