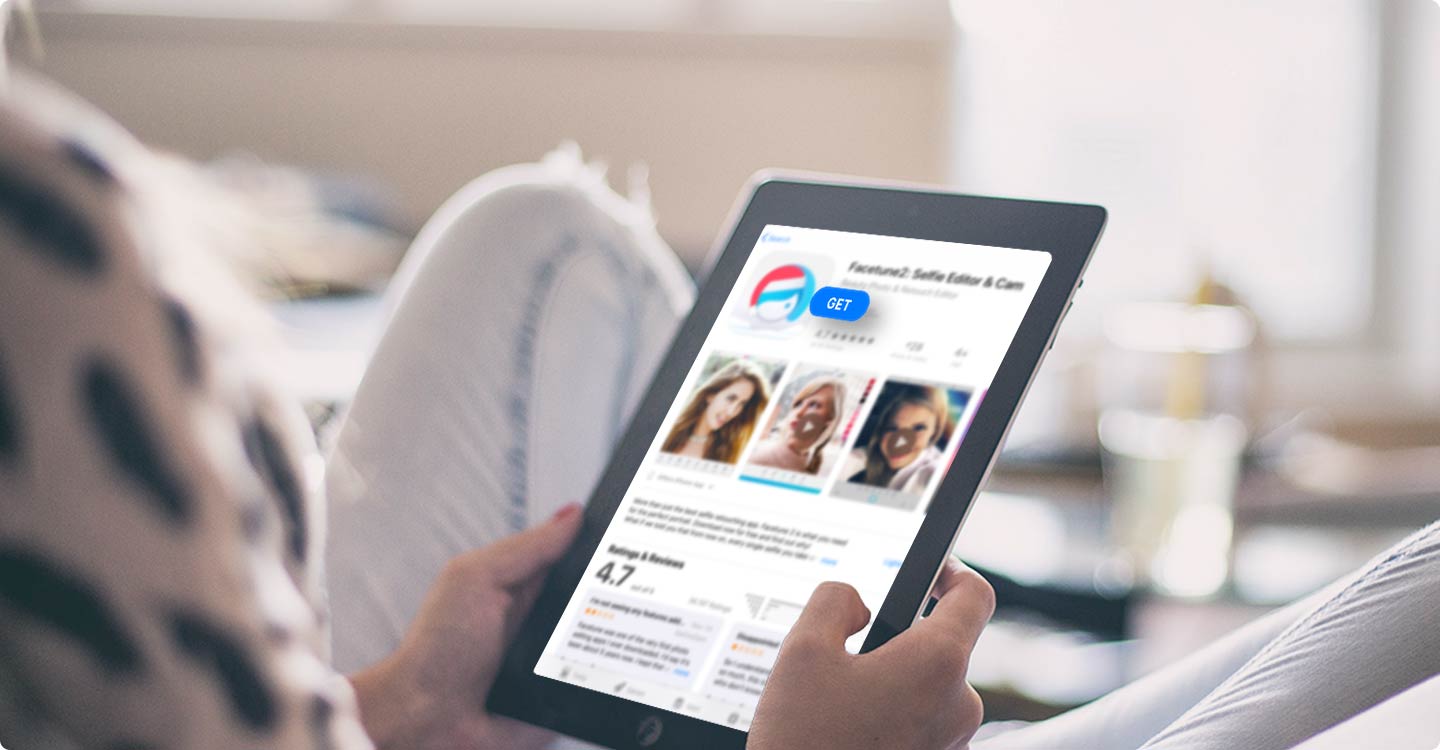 Growing your app's audience organically requires having a good App Store Optimization strategy. Traditional App Store Optimization techniques, which revolve around keyword optimization, are meant to improve where your app ranks in search results to give you more exposure. But exposure doesn't always translate into actual downloads. That's why your ASO strategy has to go further and also optimize for people.

To turn exposure into downloads you'll need to optimize how you present your app in the app store. In this guide we'll go over everything you can do to optimize your app store presence and improve your download conversion on both the App Store as well as Google Play.

Providing your traditional ASO is working well, your app will start appearing in search results for your chosen keywords. To turn a high search rank into a download you need to stand out in the result list.

In the result list, users can see several apps and for each they see the icon, name, sub-title, and screenshots. These are the first things to optimize to get a user to choose your app over the others.

Your app's icon takes up a good amount of visual space in the search results list. It is one of the biggest opportunities you have to catch the user's attention and draw their eye to your app. Improve your chances of getting the user's attention by designing an icon that's simple, has relevant and not-too-abstract graphics, and use colors that are different than your competitors.

If most of your competitors use a similar color for their icon you should use a completely different color to stand out.

Now that you've got the user's attention with your icon you need to quickly describe what the app can do for them. Unless you're a well-known brand, your name won't stand out on its own. This is where having a descriptive and concise app name comes in handy. Optimize your app's name by using its name as well as a very short (3-5 words) sentence describing its primary function. For example, the name LittleWeather should be optimized to LittleWeather: Weather Forecast and Alerts.

Your app's name is also a great place to add your keywords. If you do, make sure to use keywords that describe your app and aren't generic or trademarked by someone else.

Apple's App Store gives you another opportunity to describe what your app does with the sub-title. While a sub-title isn't required, it's a great opportunity to offer potential users more information about your app.

What do most of your existing users like about your app? What are the main benefits of your app? Summarize that into a three to five-word sentence and you'll have a strong sub-title.

Much like the name and the title, screenshots are how you "show off" your app and give users a chance to see what they can get when they download it.

When it comes to visuals there are many right ways to do it, so we won't touch on design. Optimizing your screenshots isn't just about design but rather about making them stand out from other search results.

Use colors that are unique and screenshots that are clear. If the screenshot itself isn't extremely intuitive, and most screenshots aren't, adding titles can help. If you decide to do that, make sure your titles are very concise and focused.

Create a Video to Capture Attention

A video will show users how the app will give them value - Users download apps to solve a problem, or help them get something done more quickly or conveniently. Use the video as an opportunity to show them your app will help with that instantly.

Draw attention with auto-play - Moving images always draw more attention than still images. This means apps that have a video will automatically get more attention, regardless of what the video is about.

When capturing your video keep in mind attention spans are short, so show your app in action starting with what's most interesting. Whether it's a specific feature or in the case of a game an easy level.

The video shouldn't try to "sell" with words and title cards but instead focus on actions. Audio can certainly help to keep viewers engaged, but auto-playing videos don't play sound, so it isn't as important.

English is no doubt the most universal language but isn't the primary language for many millions of users all around the world.

An easy way to stand out and get new users to download your app is to localize your app's name, screenshots (if they contain text), and description into their primary language which they are most comfortable with.

To get you started, these are the top languages app store pages are localized into (not including English)

A simple way to increase your rating is to ask your users to rate your app. Here's how you can do it in your iOS app. We'll cover how to get more ratings for both iOS and Android apps in a separate guide.

Users read reviews to make sure there's nothing wrong with an app before they get it. In an ideal world, your app will have nothing but positive reviews, but in the real-world negative reviews are quite common. Some users don't understand how the app works, some encounter errors, and others have feedback.

Show new users that you're there to help - When a new user looks over your reviews and sees that negative reviews have a helpful response, they know that they could get help if they run into issues. The opposite holds true as well. When users see negative reviews aren't being answered they're more likely to think the app was abandoned and to go find a different app to download.

FYI - Appfigures tracks ratings and reviews for all your apps from all around the world and sends your alerts so you can monitor your optimization efforts and reply to negative reviews quickly. Learn more →

Your app's price is an important component in a user's decision to download it over other apps. Unlike an icon or a screenshot however, it's not as easy to change so this section is mainly aimed at new apps that haven't been published yet.

Paid apps tend to create a lot of friction, but the actual cost isn't normally a cause of friction. Take for example a paid app for professionals that costs $49.99. For a professional that will be using the app to make money this price might not be too high.

However, if there's another app that offers similar functionality and a free trial many users will at least try the other one first, and if it satisfies their needs upgrade and not even try the paid app.

There's a lot more to pricing, but to optimize think about how your pricing can reduce download friction. Changing your app's pricing isn't simple and should only be done with careful design. If you think your current pricing isn't ideal for your target audience however, we highly recommend reviewing your options.

Optimization is all about making small changes over and over. That's why it’s critical that you track your efforts. We recommend starting by establishing a baseline for your ratings, ranks, and conversions. This will allow you to benchmark your efforts and see what's working and what isn't.

Remember, App Store Optimization is a long-term success strategy that takes time to build up but when done right will provide a strong foundation for future growth, so don't get frustrated if you don't see results immediately.

Appfigures collects everything you need for monitoring your apps and your ASO performance, from ratings and ranks to app store page views and downloads. Learn more →