This Week in Apps #30: Twitch, Among Us, Genshin Impact, and more.

2020 has been an excellent year for Twitch, and things continue to get better. Last month, Twitch hit a new all-time high with 2.3M estimated weekly downloads across the App Store and Google Play.

Most of the downloads came from India, where streamers have been Twitching IPL (cricket) games on the service. Just think what would happen if the NFL was on Twitch! 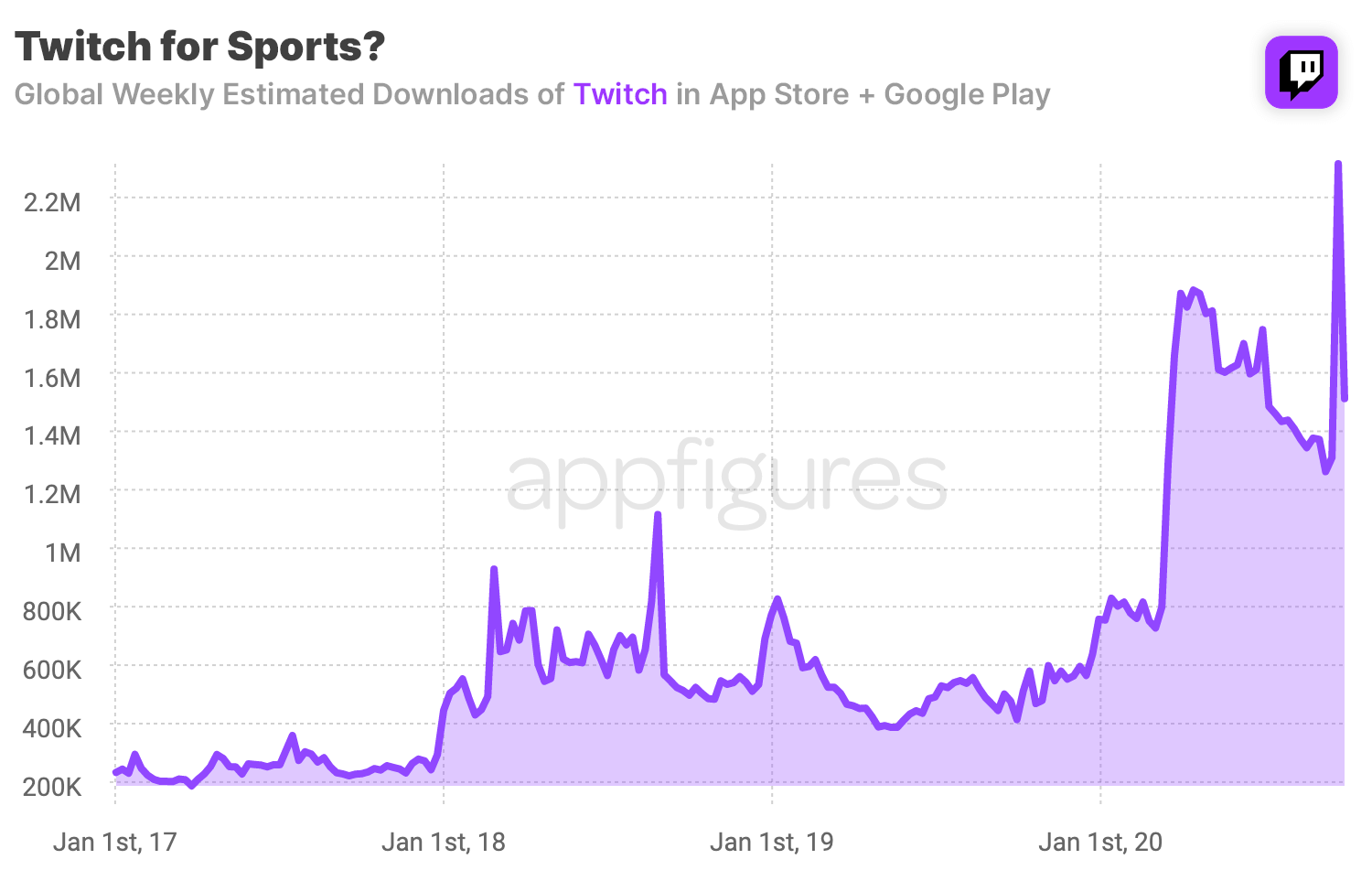 Consequently, that got Twitch blocked by India’s largest ISP for copyright violation.

Among Us, a game that’s claimed the top chart position on the App Store and Google Play for quite a while now has just broken $5M in revenue in the U.S. in Q3 according to our app intelligence.

Last week, the game brought InnerSloth, its developers, $2.7M in revenue from the U.S., and that’s after Apple and Google took their cut. It’s worth noting that about 80% of that came from the App Store and 20% from Google Play. 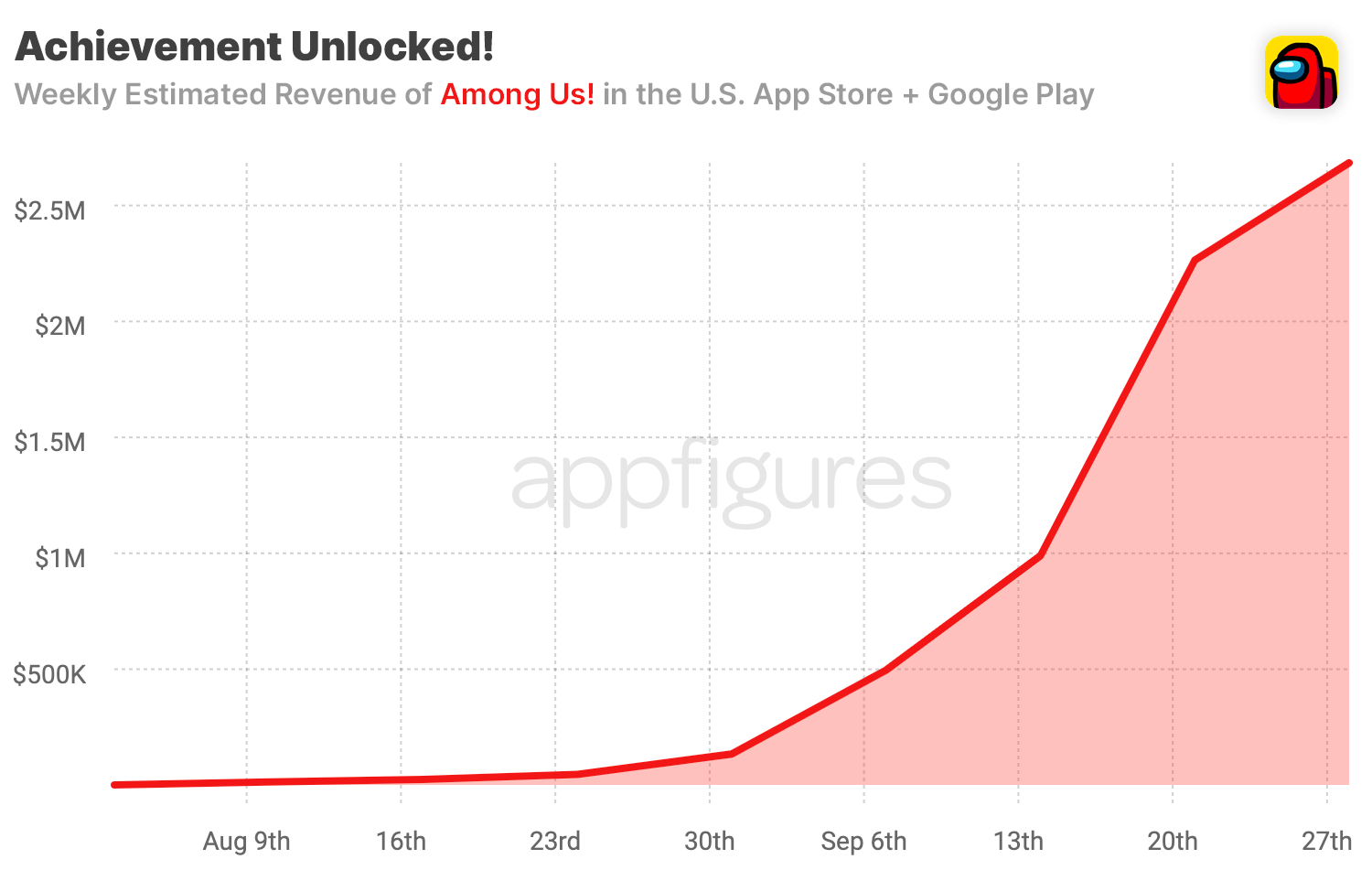 Roblox is waaaaaay ahead

Second place went to Homescapes, with about half that revenue, which we estimate at $39M in the U.S. App Store.

On Google Play, Roblox took second place, netting more than $36M in Q3 according to our estimates.

Genshin Impact, a fantasy-based open-world game, launched to favorable reviews a little under two weeks ago. According to our intelligence data, Genshin Impact was downloaded 8.2M times in its first ten days on the App Store and Google Play.

Most downloads came from the U.S. and China. One thing to keep in mind is we only estimate downloads for the App Store in China and not Android, so it's likely that there are many more downloads there we don't see.

Even without those, overall, Android downloads globally outpace iOS two-to-one. 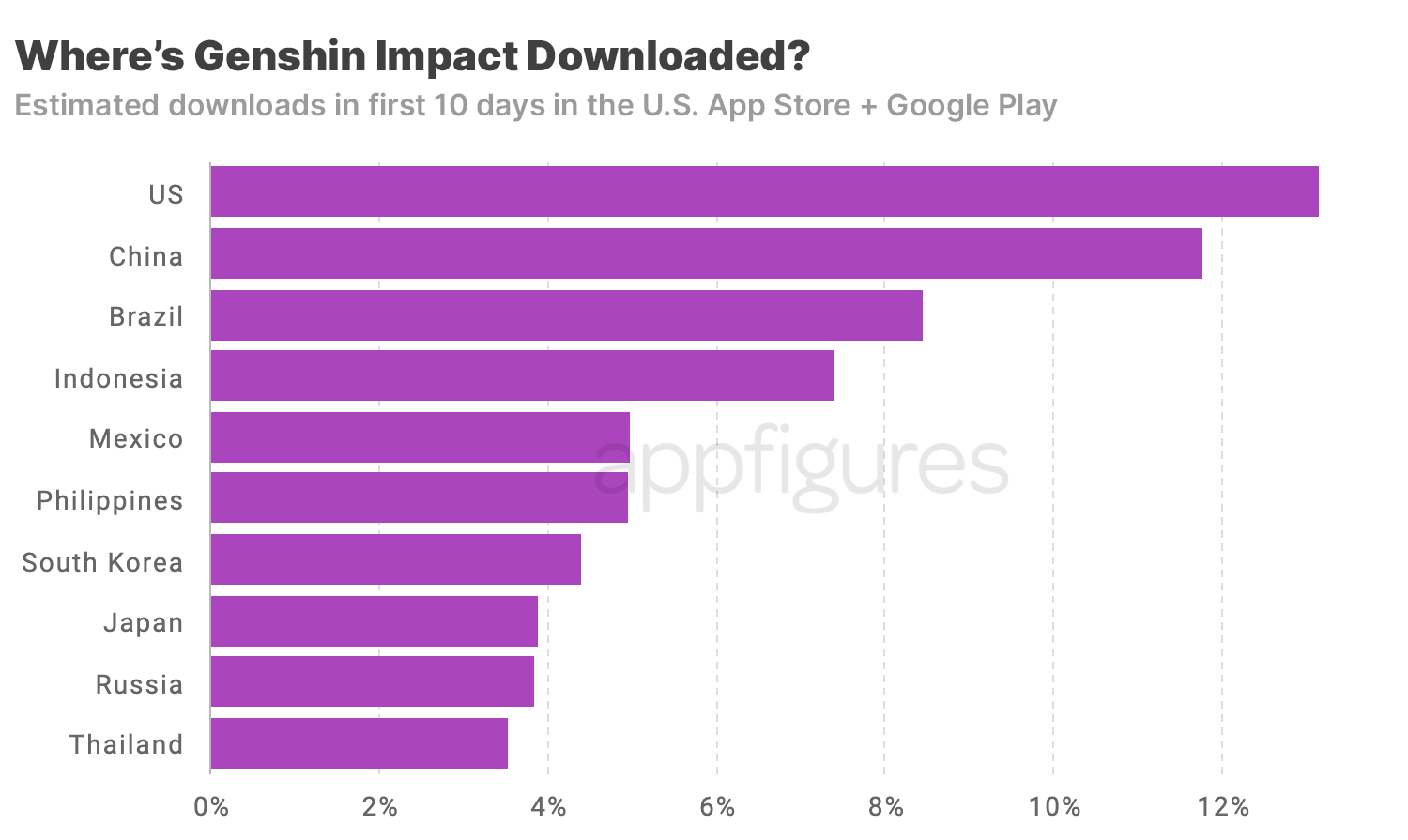 Downloads of Google Arts & Culture, which gives users a way to see museum exhibits remotely, are up this week by more than 600% according to our estimates.

Downloads averaged around 1,000/day in September and are to more than 6,000 on Wednesday.

The app got popular earlier this year as boredom hit lockdowns, but has since declined. If you haven’t already, it’s a fun one to check out.