The presidential race continues to generate headlines here in the U.S., and this week it was all about Twitter. The social network was caught in controversy when it removed a link to a news story from the NY Post.

The "unbiased social platform focused on open dialogue and user engagement" saw downloads go from around 5K/day to about 20K on Thursday, according to our estimates. 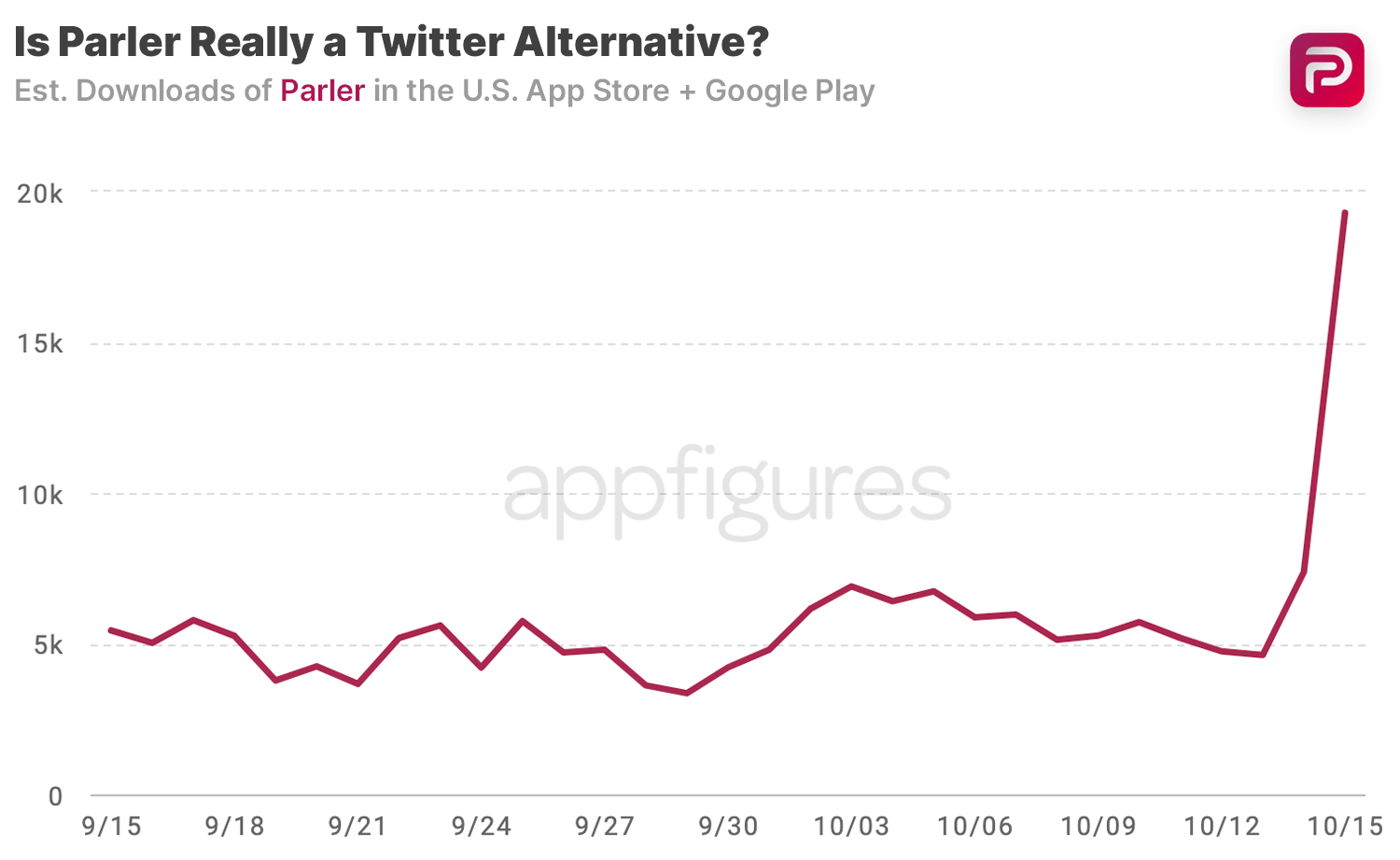 Twitter's downloads were fairly unchanged, which to me, means people were focused on getting to that article and not much else.

Going to the source

While Twitter and Facebook raced to remove links to the New York Post’s article, some went directly to the source, giving the Post a 10x increase in downloads.

According to our estimates, downloads of the NY Post went from just a couple hundred to nearly 900 on Wednesday and 3,000 on Thursday across the App Store and Google Play. 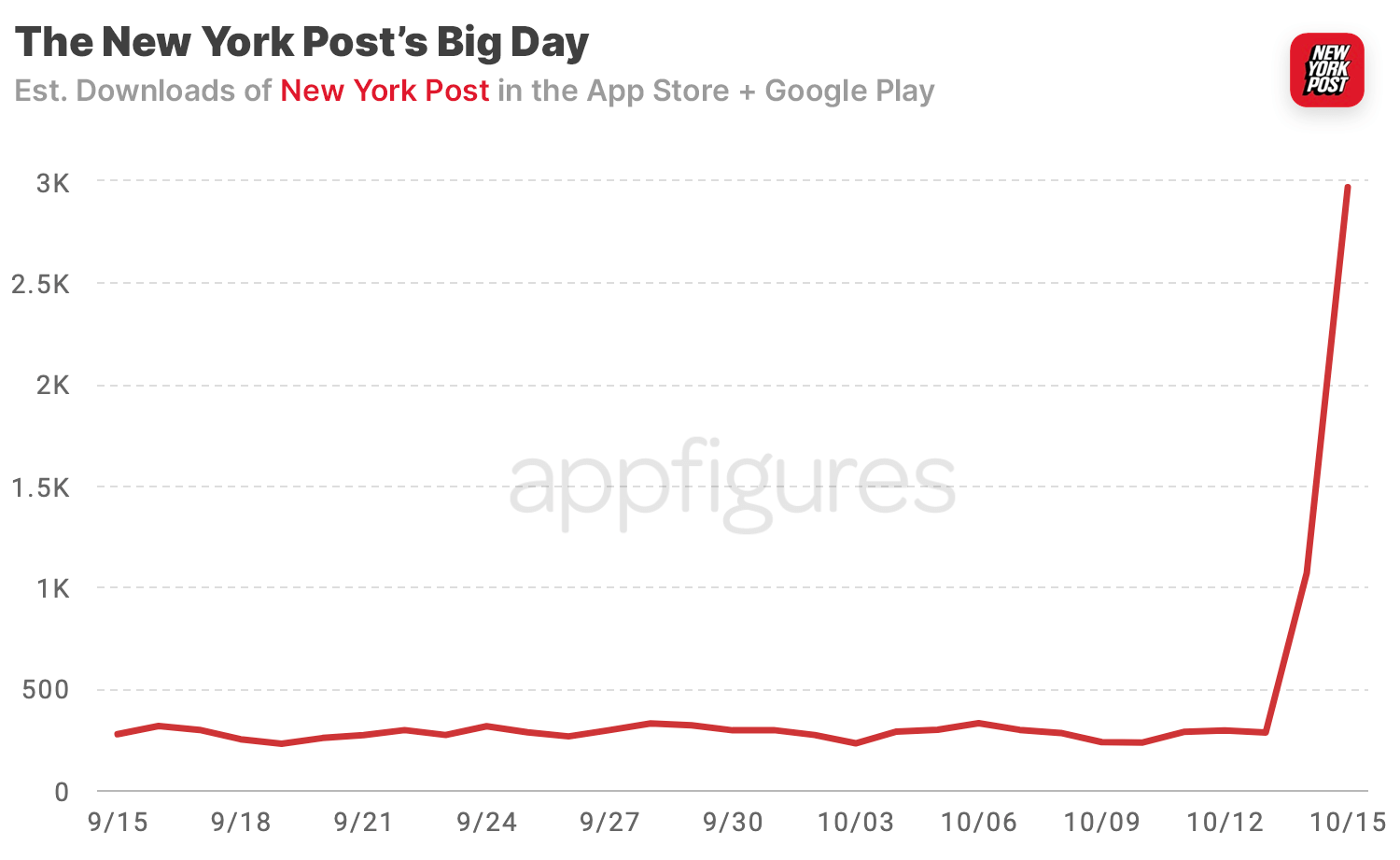 It’s worth noting that news consumption is much easier through the web, so mobile downloads are (probably) only a fraction of traffic the article received.

Amazon’s annual Prime (two) day event took place this week, and even after nation-wide lockdowns forced shopping to go online, Amazon still managed to get an impressive number of new customers (aka. downloads)!

The shopping giant added roughly 250,000 new downloads during the event, which is more than 4 times the average number of downloads it gets on an average day, according to our intelligence data. 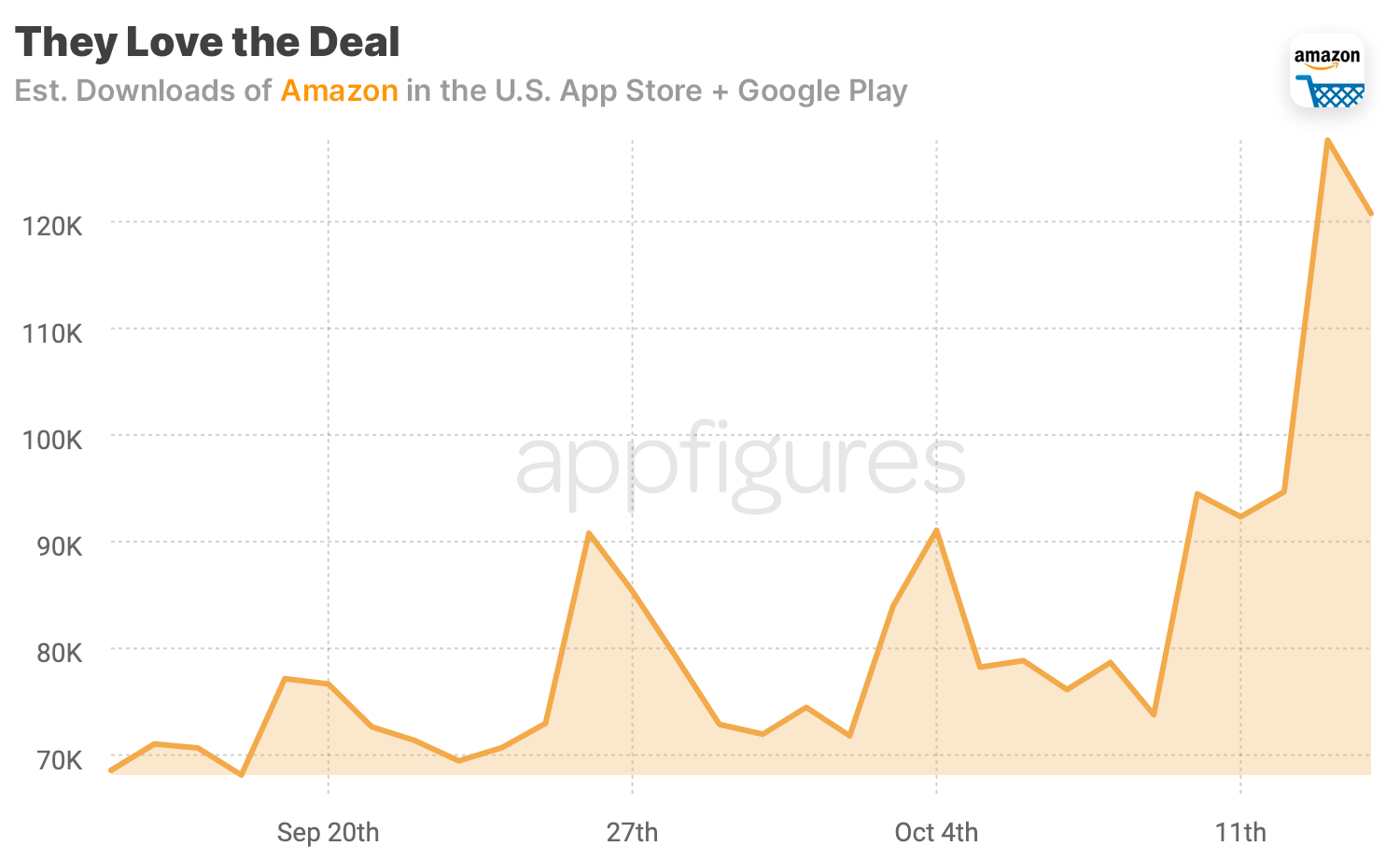 Speaking of Amazon... the shopping giant released a non-shopping app last week that uses Augmented Reality to "have fun" with its shipping boxes.

In its first six days on the App Store, Amazon Augmented Reality was downloaded 4,300 times, according to our estimates. 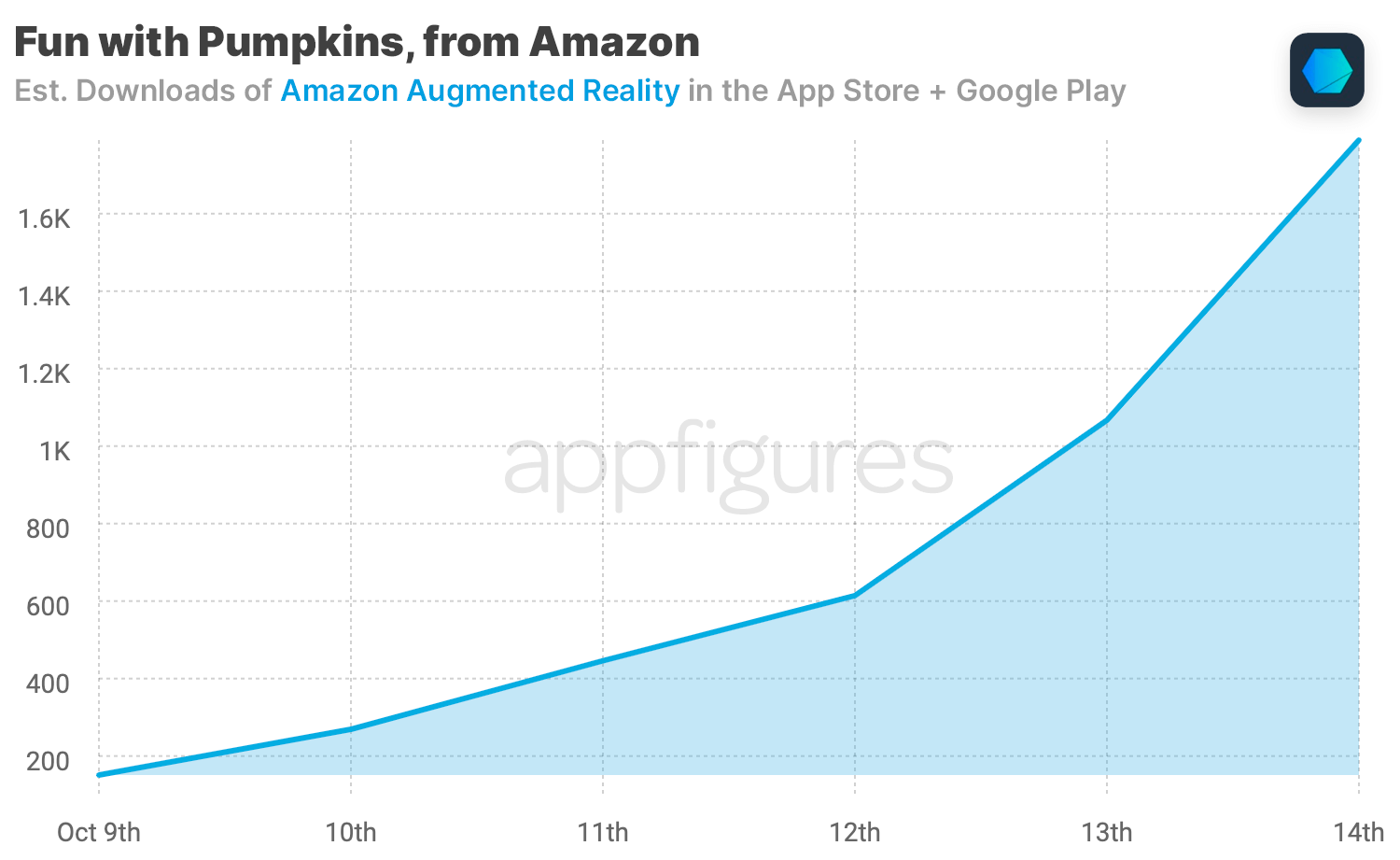 Why is Amazon “playing” with AR instead of improving AR support in their flagship app? Well, probably to improve it away from what makes money and only then bring it into the shopping app.

Downloads of Mario Kart Tour grew by more than 400% last week as the title celebrated its first year on mobile. Based on our intelligence, downloads, which averaged 90K/day during the summer across the App Store and Google Play, rose to more than 365K each on Saturday and Sunday, slowly coming down to 200K this week.