Chase rolled out its mobile credit card acceptance service last week, giving competitor Square a bit of a scare because 1. Chase has a large user-base, 2. Chase’s offering gives merchants money faster and without a fee.

As a result, the app hit a new all-time high, netting 39K downloads last Wednesday, 60% higher than an average day, across the App Store and Google Play based on our app intelligence. The trend that kept going for the rest of the week, giving Chase 113K downloads in total over a three-day period. 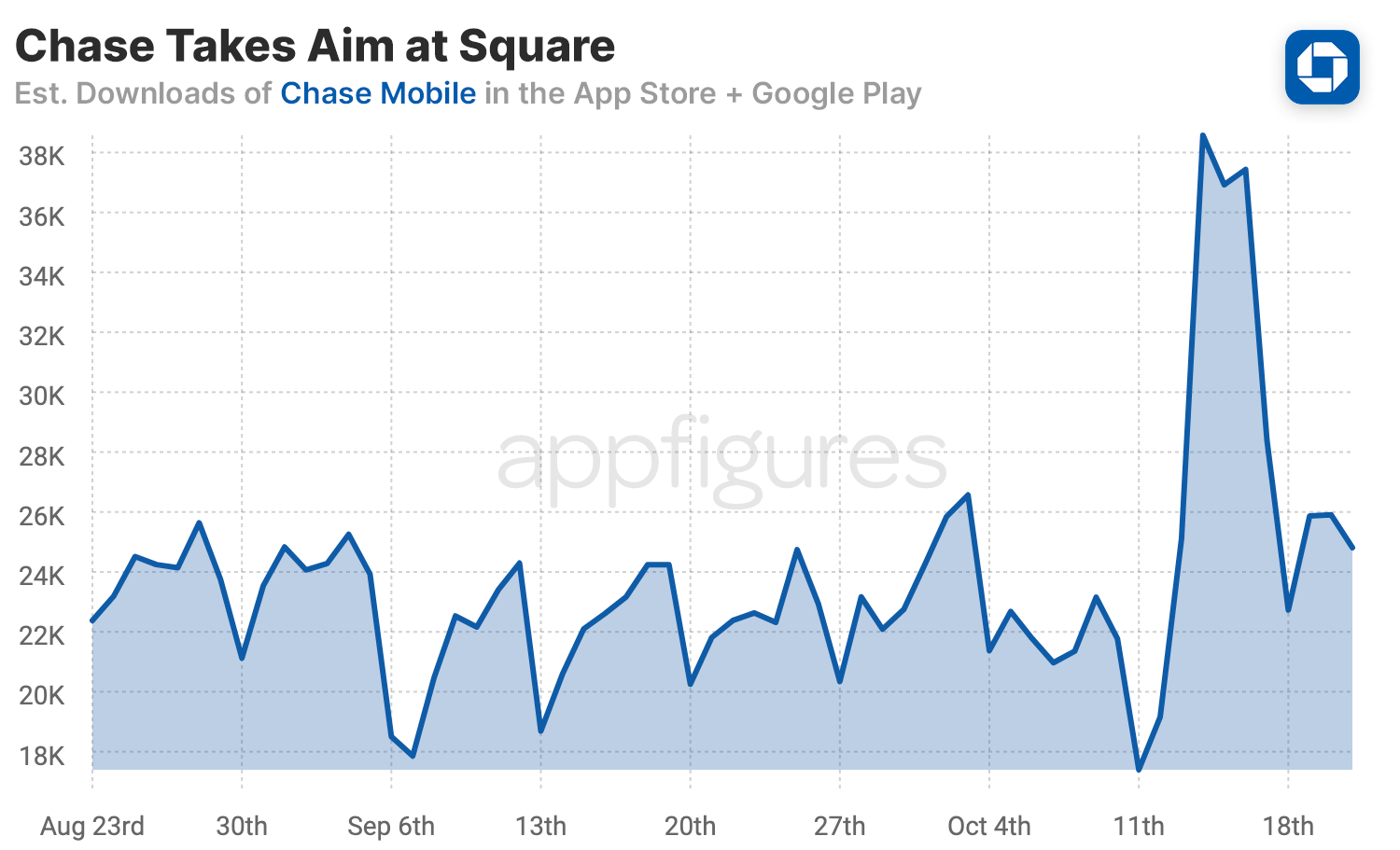 Some say that chase being both a bank and a credit card processor is bad for competition. Having been in that world in the past, I agree.

Max was a good bet

HBO’s rebranding of their streaming service into Max in May continues to prove it was a good idea.

Last week HBO Max saw its highest single-day of revenue. Net revenue (what HBO keeps after Apple and Google take their cut) rose to $455K on Friday based on our estimates, beating the previous single-day high of $391K in June.

Considering HBO Max is a subscription service, this is very good news. 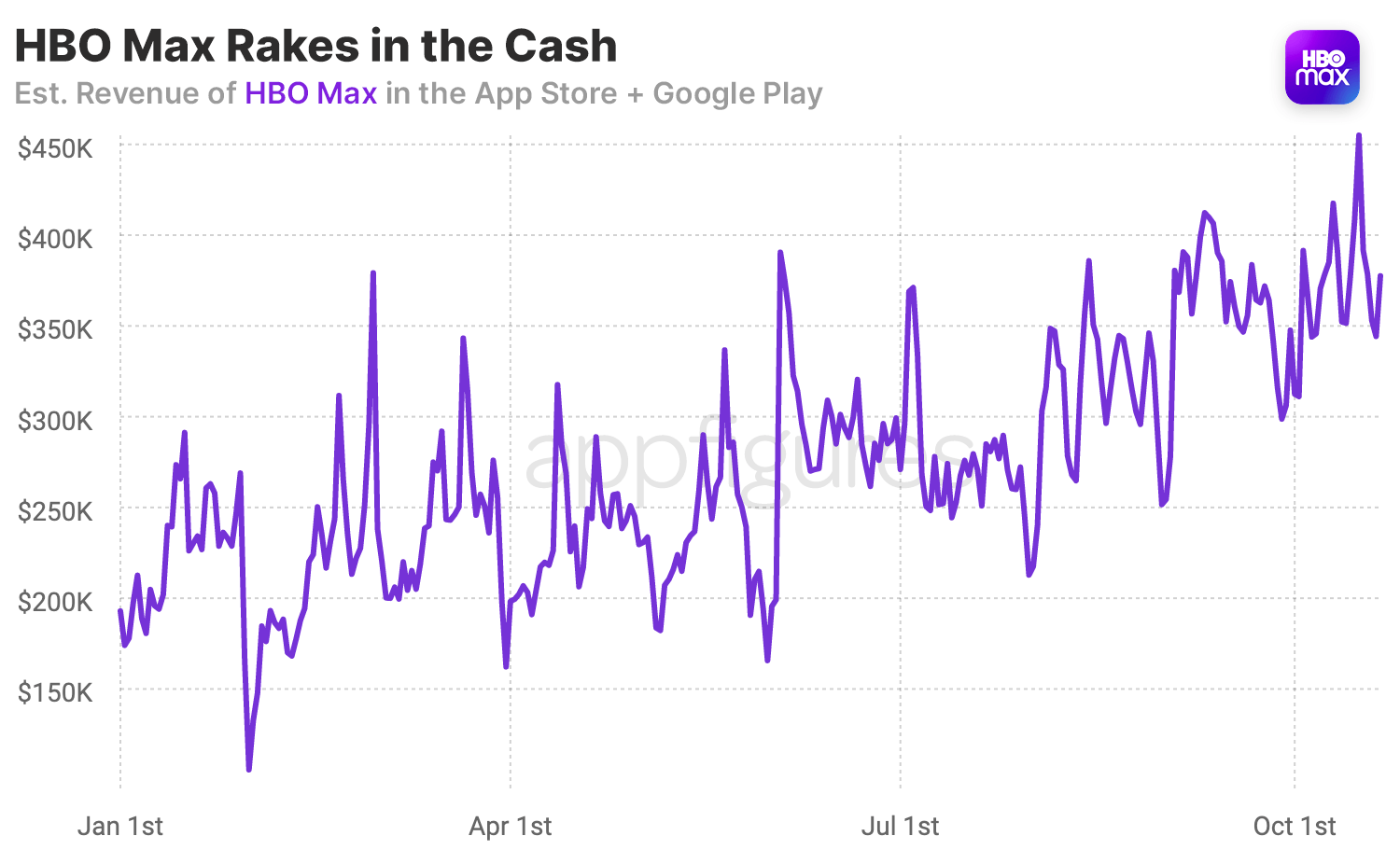 FYI - Quibi shut down this week. Not a real surprise...

Snapchat hit a new milestone this week. Downloads across the App Store and Google Play have surpassed those of rival Instagram in India for the first time. Ever.

Snapchat, which started 2020 with about half the downloads of Instagram in India, is being downloaded 5-10% more times every day in the last 30 days. 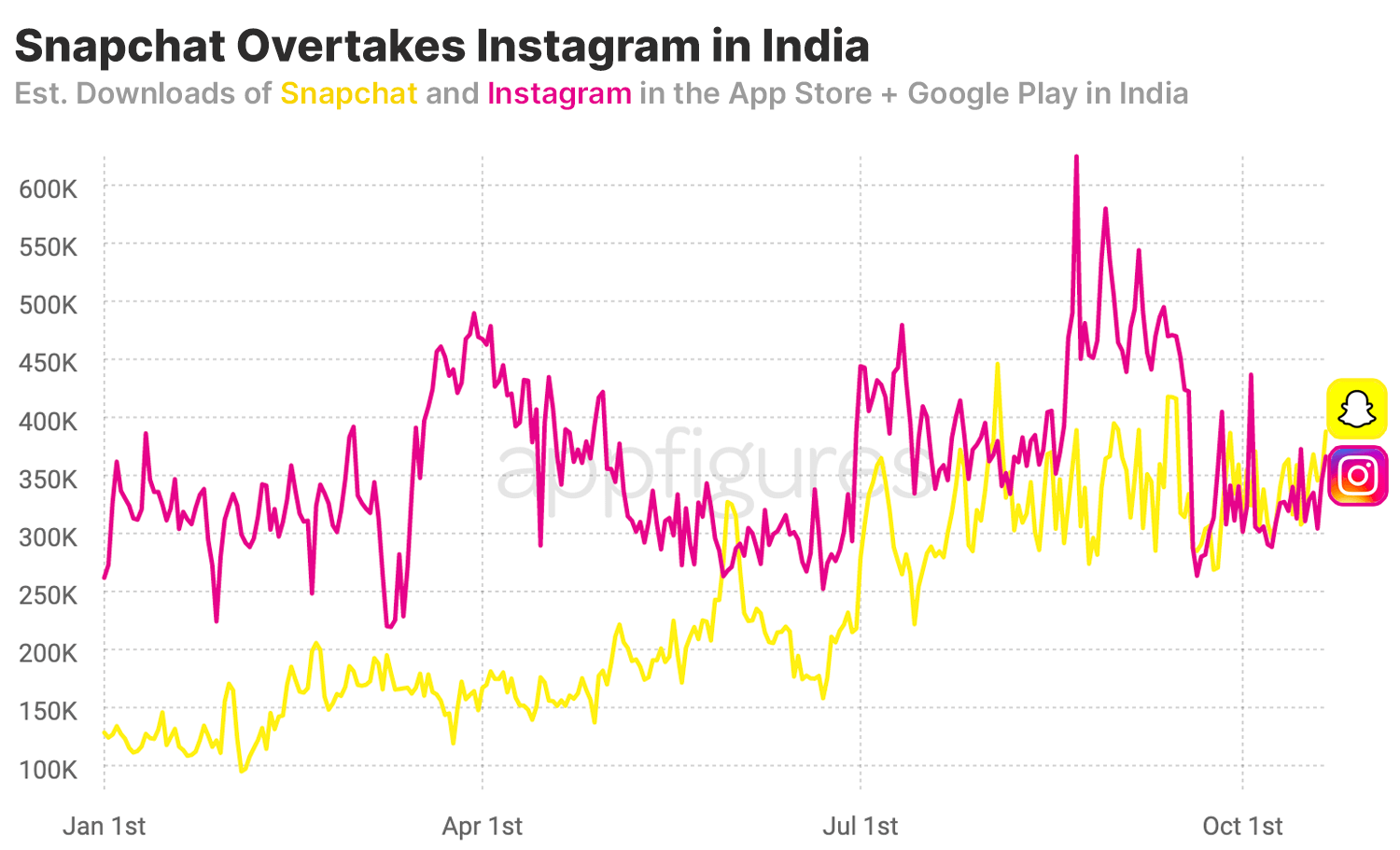 Daily downloads hit 387K this week, according to our estimates, which isn’t an all-time high, but given how it’s being sustained, is great news for Snapchat’s stockholders.

Call of Duty’s Halloween update is out, and downloads are up. According to our estimates, downloads on Saturday climbed to 391K in the App Store and Google Play, up from 208K last Saturday. 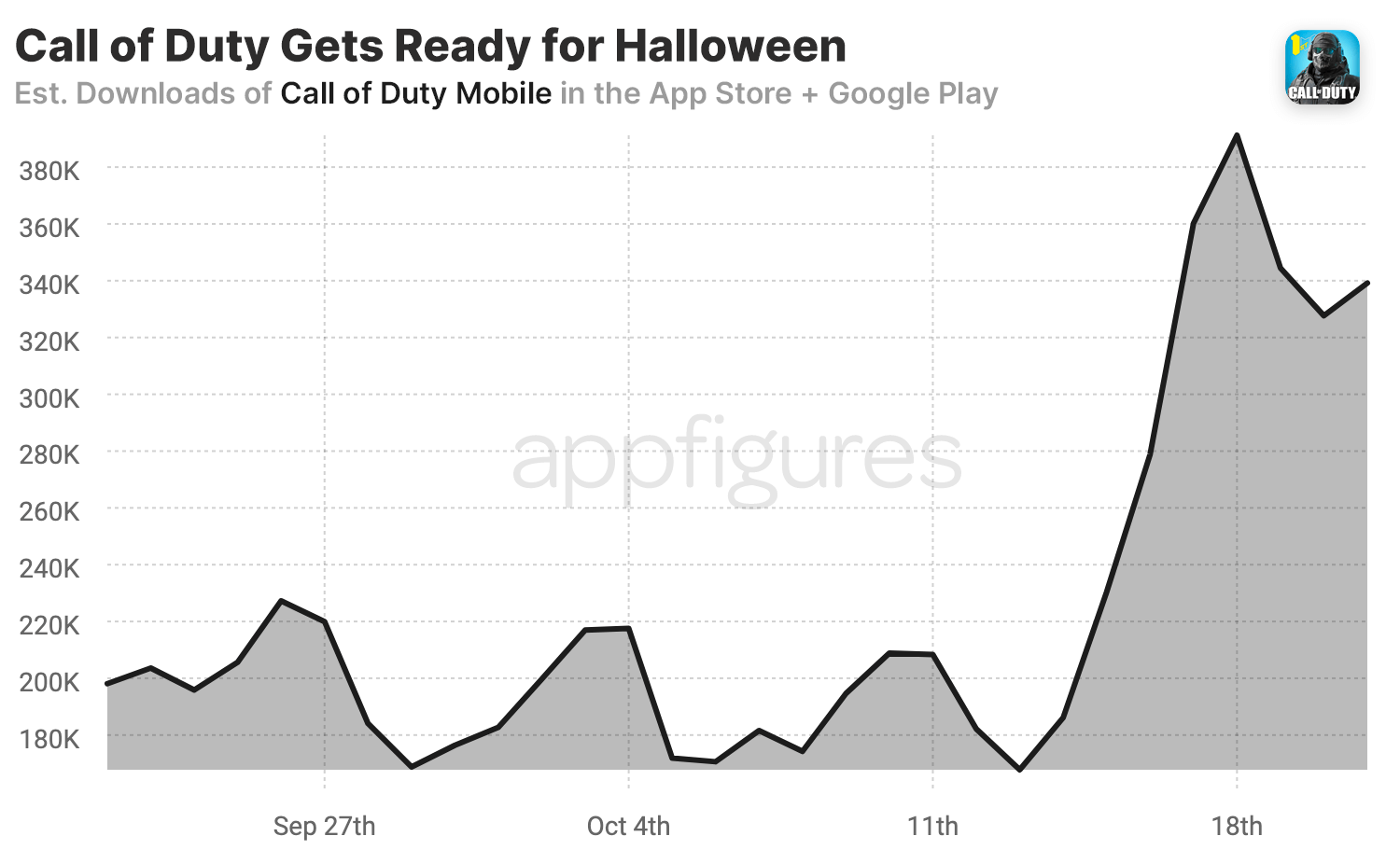 Although not the biggest spike, it's a significant one for the year-old game.

Twice as many apps

Developers have been busy this lockdown season, and one category has seen nearly twice as many new apps compared to last year.

A lot of that growth came in June, where releases doubled as compared to last year. 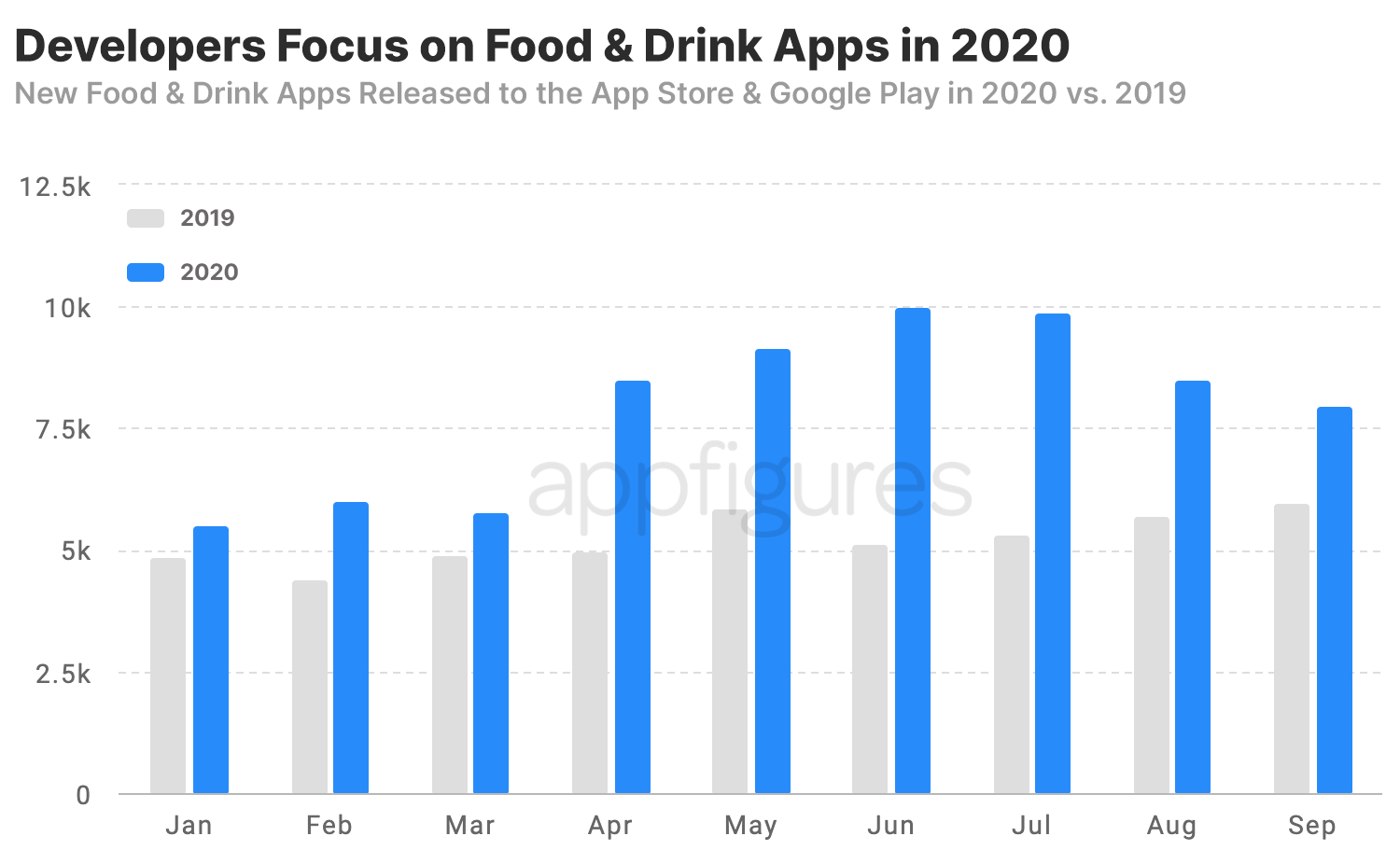