When it comes to learning a new language, Duolingo is a very popular choice. It's very likely that someone you know has at least tried Duolingo to pick up a new language. We can see that reflected in the App Store, where the app is the clear winner among its competitors.

Duolingo by the Numbers

Before we start examining, here's Duolingo's performance on the App Store in the US:

Strictly based on these, it looks like Duolingo's keyword strategy is targeting the following keywords:

One important thing to note before analyzing this performance table is that Duolingo has an impressive lead in downloads over both of its competitors in the US. This gives them much more flexibility when it comes to keyword placement.

As you might expect, Duolingo dominates all of those terms. What's more interesting is that its brand has the highest popularity of all keywords, which means Duolingo is pushing demand hard outside of the App Store as well.

However, there is an issue with this strategy. "language lessons," the main term, has a very low popularity score of just 7. It combines nicely with other keywords in the subtitle, but on its own seems like a mistake. If Babbel or Rosetta Stone, which optimize for "learn languages" (popularity of 45), were to burst downloads for a few days, they'd likely take over the first place and pose a long-term threat. 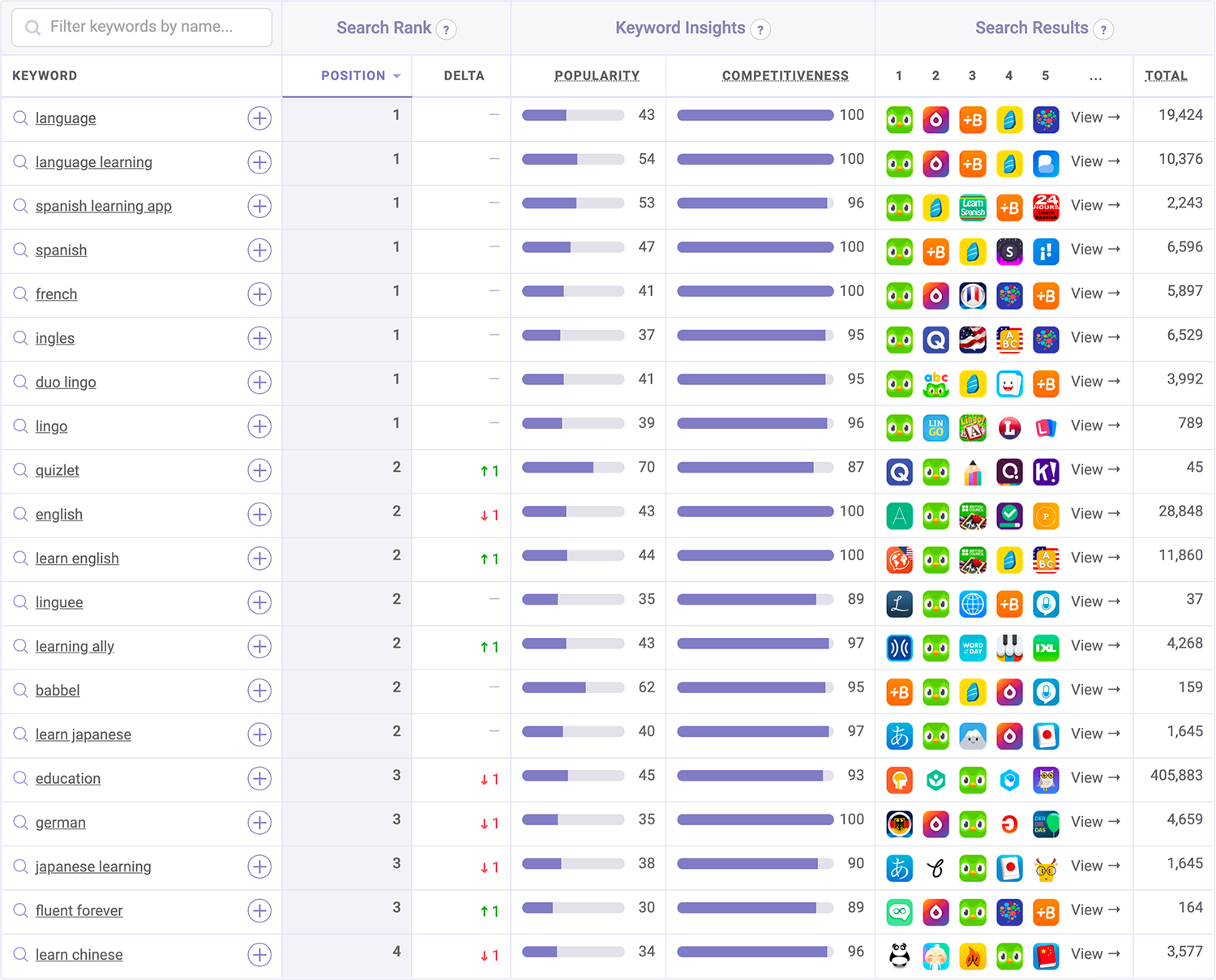 In addition, Duolingo has a localized keyword list for Spanish, which Apple uses in the US in addition to the English keyword list. That's why the app ranks for several terms written in spanish.

These screenshots are fun! Bright colors, a chunky font, and actionable text make these screenshots very easy to look at. But they lack something that could improve conversion, they don't highlight simplicity. Learning a new language is rarely easy, and that's common knowledge. The screenshots don't exactly say it'll be easy, or at least convenient, to learn a new language with Duolingo.

It may not be, but isn't that the goal of the app?

No video?!?! That's right, Duolingo isn't using an App Preview to show off how easy it is to learn a new language with the app. Not all apps need a video, as we mentioned in previous teardowns, but in this case, a video could be a great way to show off the app's unique advantage and get a higher conversion rate.

Duolingo vs. the Competition

We already touched on competitors, but before we dive into keywords, let's see their performance, which comes directly from our app intelligence: 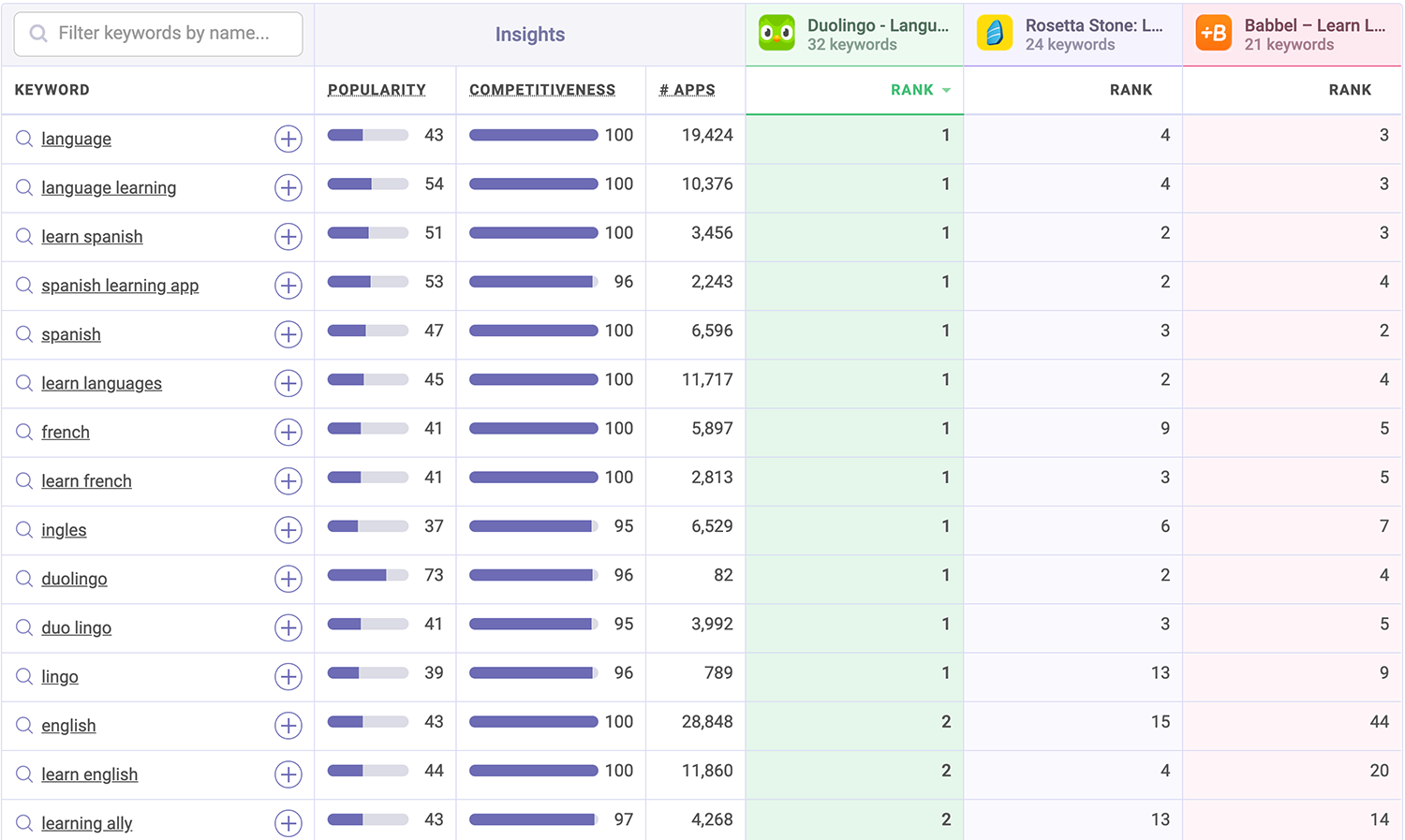 A rich keyword list, targeted name + subtitle, and a significant lead in downloads have put Duolingo ahead of the pack. Well done! Duolingo's keyword strategy is an excellent example of how using different keyword modifiers can expand an app's reach.

Someone at Duolingo is spending a good amount of time optimizing, and it shows. But ASO isn't just about keywords but also about converting the impressions those keywords bring. While they're doing great with keywords, there are a few obvious opportunities to improve conversion by optimizing the screenshots.