Shopping has become one of the most popular activities done on our mobile devices. From clothes to groceries, the convenience of shopping by phone is uncontestable when you look at the downloads (or the number of Amazon boxes I see everywhere).

But it's not just traditional shopping that's growing. 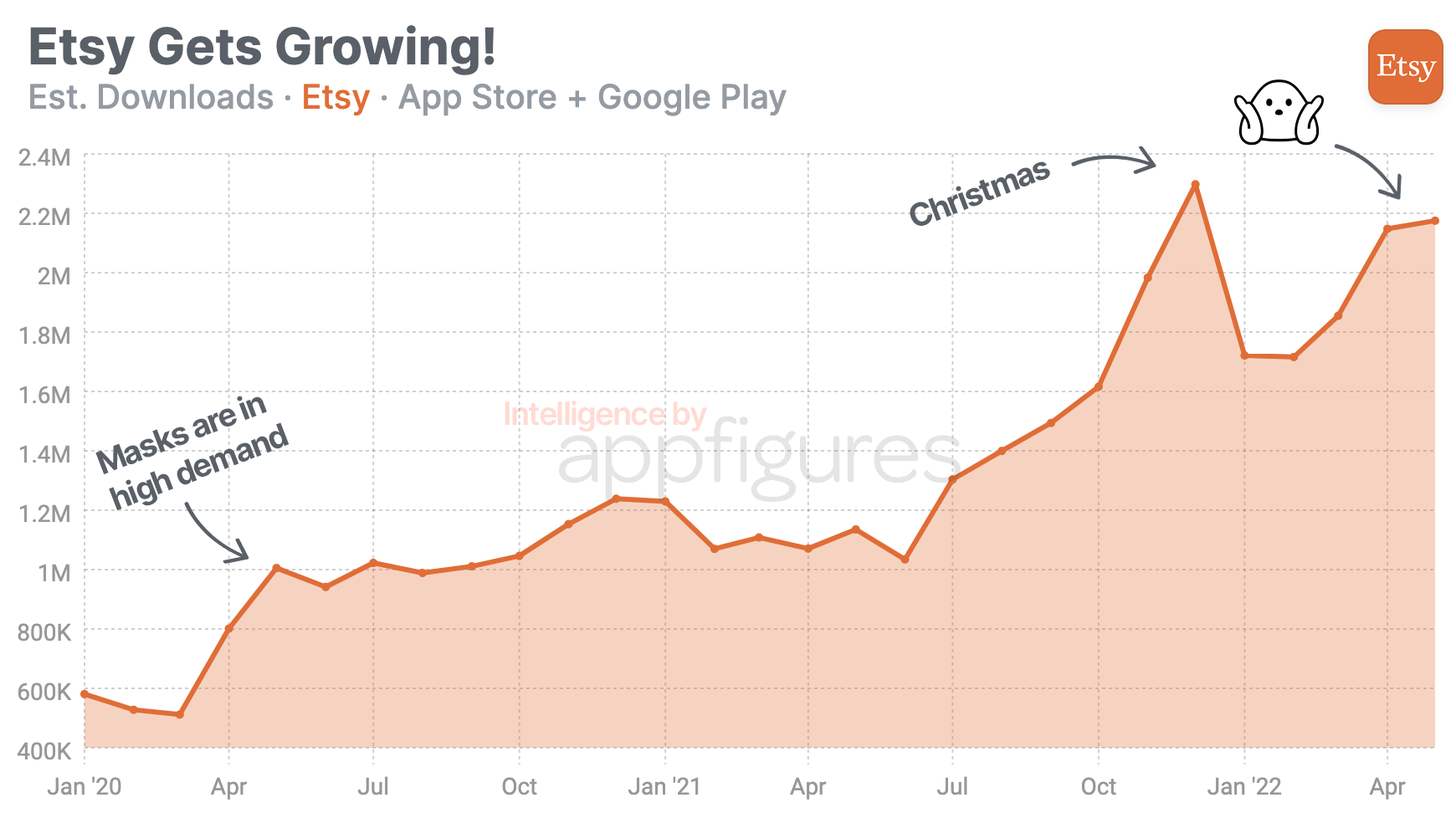 What's a non-traditional shopping app, you ask? Etsy. The (sometimes) hand-made goods marketplace was pretty popular pre-covid, but masks really put it on the map in early 2020.

That demand doubled its downloads and got it its first million-download month.

It's been growing ever since, and in December of 2021 hit its highest-ever month of downloads, adding 2.3 million new users, according to our download estimates. It's come a long way.

In 2020 it was demand for masks that was responsible for Etsy's growth. In December, it was the holiday rush. This makes sense.

There's not much exciting in demand right now, but! Etsy has hit its highest number of downloads for a non-shopping season in April and then beat it in May, adding roughly 4.3 million new users in those two months. We estimate April brought in 2.1 million downloads and May 2.2 million from the App Store and Google Play.

For a ten-year-old app, this type of growth is quite impressive! It reminds me a lot of how eBay turned everyone into a bidder in the 90s. A feeling of nostalgia. I just hope Etsy doesn't stumble like eBay.