When the summer started, gym franchise Planet Fitness skyrocketed to the top of the App Store after offering access to teens for free for the summer by downloading the app. A campaign I thought was very clever at the time (and still do).

The early results of this campaign were amazing! We're about mid-way through the campaign, and I'm curious how the app is doing right now. 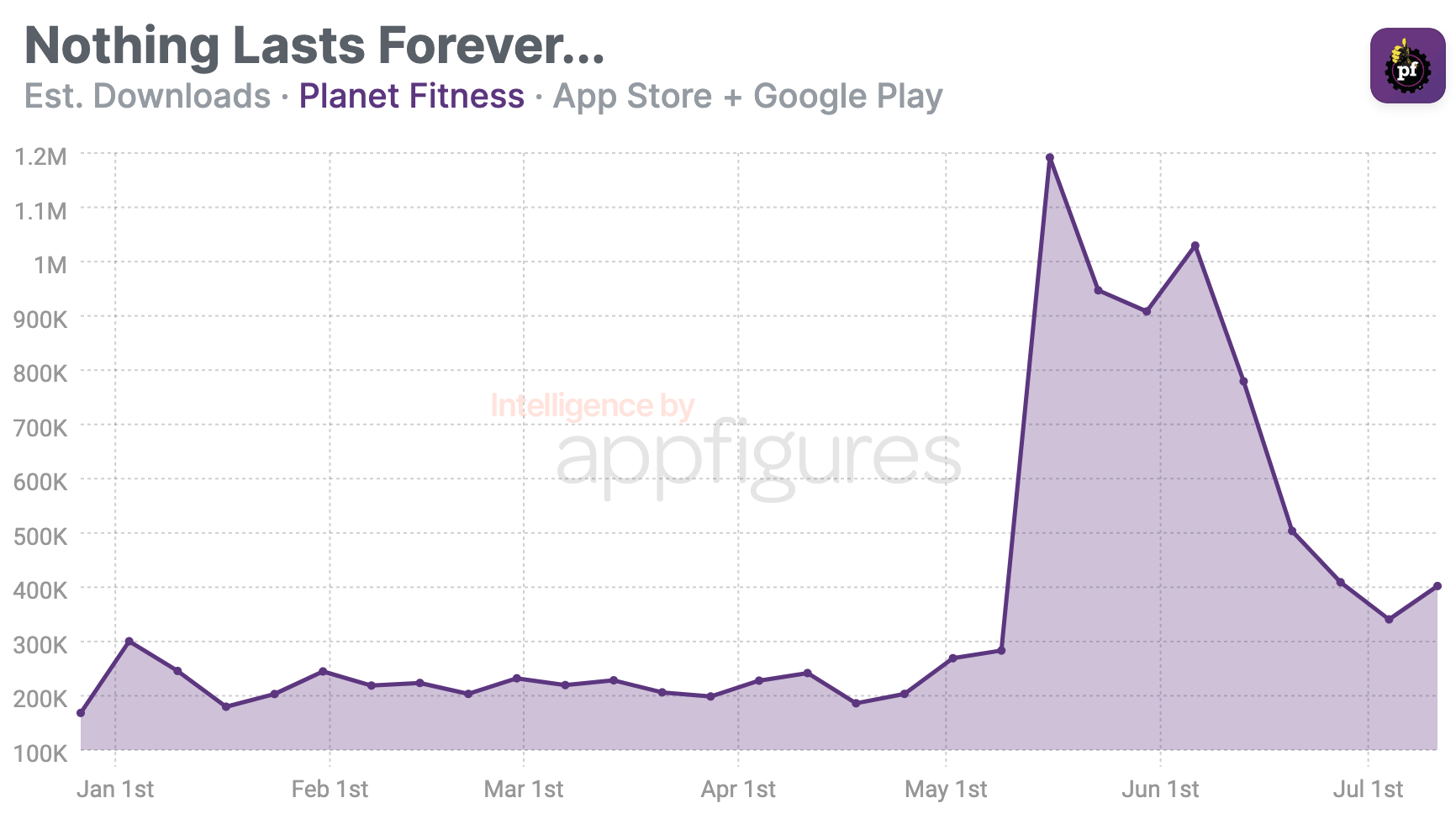 According to our estimates, the campaign has earned Planet Fitness a total of 6.5 million downloads across the App Store and Google Play so far. The App Store was responsible for about 90% of those downloads, with Google Play making up the remaining 10%. Not really surprising.

Looking at the trend, it's easy to see the ride is pretty much over at this point. Downloads, which hit 1.2 million on launch week, have declined to around 400,000 last week. About a third.

With about a month remaining to this campaign, I expect one of two things to happen. Either Planet Fitness will let downloads drop and accept that the fun's done. Or, they'll make a focused push when there's exactly a month to go.

They've done a great job so far, so I expect the latter, in which case, we could see downloads jump back into the millions.

This is a good reminder that it's so important to analyze drops throughout any campaign. It could be fatigue, it could be an overall market trend, but it could just mean that you need to push.