BeReal is currently the most downloaded app in the US, and it's been at that spot for quite a few days now. Long enough that I have to talk about it even though I've talked about it twice already in the last few months.

The last time I mentioned it, in episode #110, I suggested that if it can remain relevant for just a little bit more, it could become a competitor to established platforms. Fast forward a few weeks, and BeReal tops king TikTok, Instagram, Snapchat, Twitter, and well, it's #1 right now, so pretty much everyone else.

Will BeReal become a real challenger? Let's count those users. 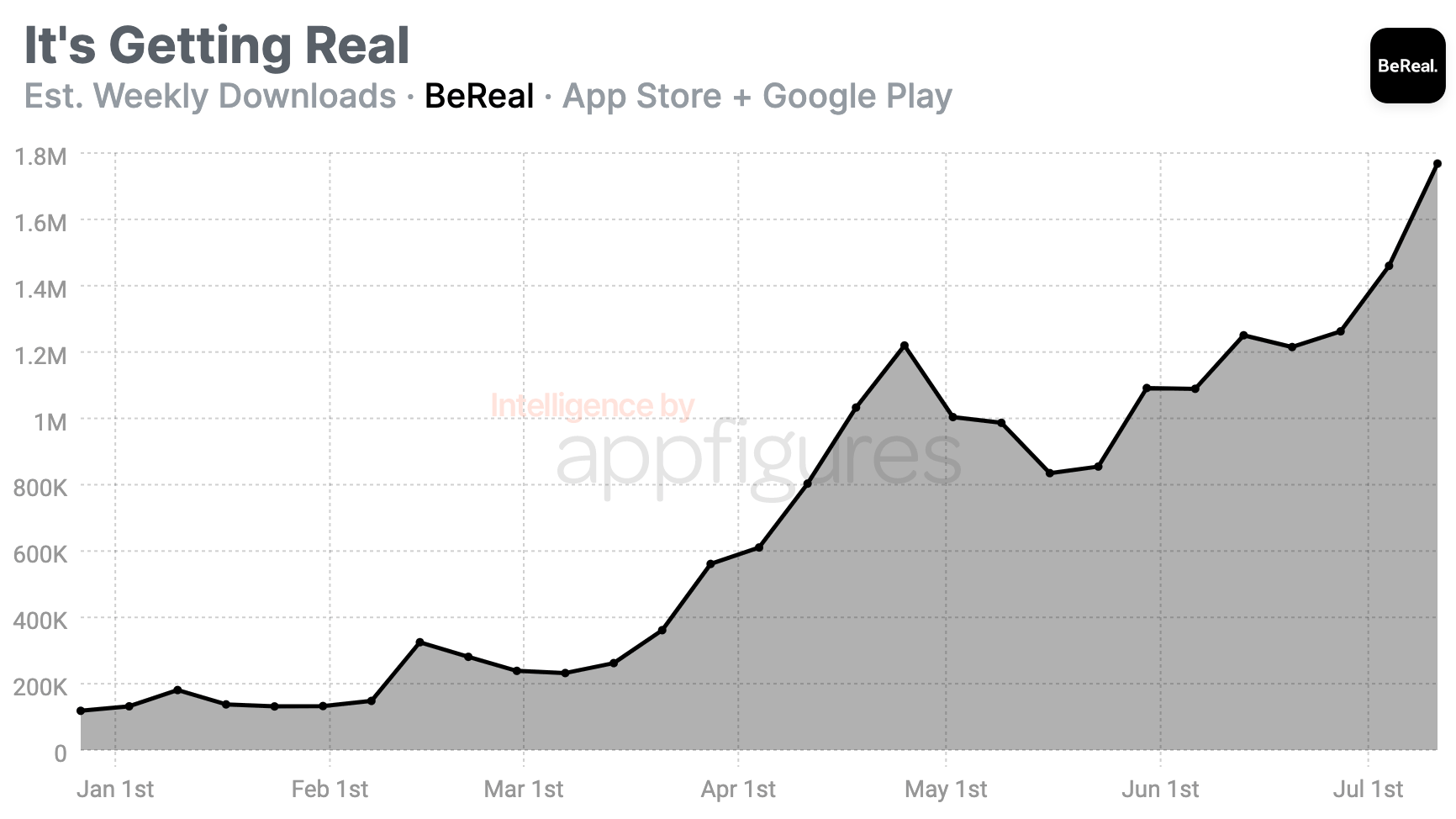 BeReal posted its best week of downloads last week, with 1.8 million new downloads across the App Store and Google Play, according to our estimates. The app's previous best was the week before, and the best before that was... the week before. There were a few dips along the way, but the general shape of BeReal's download curve is up and to the right.

According to our App Intelligence, BeReal added almost 20 million new users since the beginning of 2022. About 85% of those users came through the App Store and the rest through Google Play.

While massive, especially for an app that does one simple thing, this number is unlikely to scare the competition yet, but it opens the door for BeReal to expand beyond its signature feature, and that could make it sticky.

What might it add? I think the answer is obvious. BeReal is all about small circles. Big platforms are all about followers. See where I'm going with this?