HBO Goes Free to Slow the Spread, Pushing Downloads Up 500%

There has never been a time when so many people were glued to TV screens in the history of mobile, and streaming providers are trying to adapt to take advantage of that. The latest addition is HBO, which is now streaming entirely for free.

On an average day, the app ranks below the top 50 in the US, the only country HBO is available in. In comparison, Netflix, Hulu, Disney+, and Amazon Prime Video are all ranked in the top 25. So HBO decided to go all-in last week and stream across both of its apps for free. People noticed. 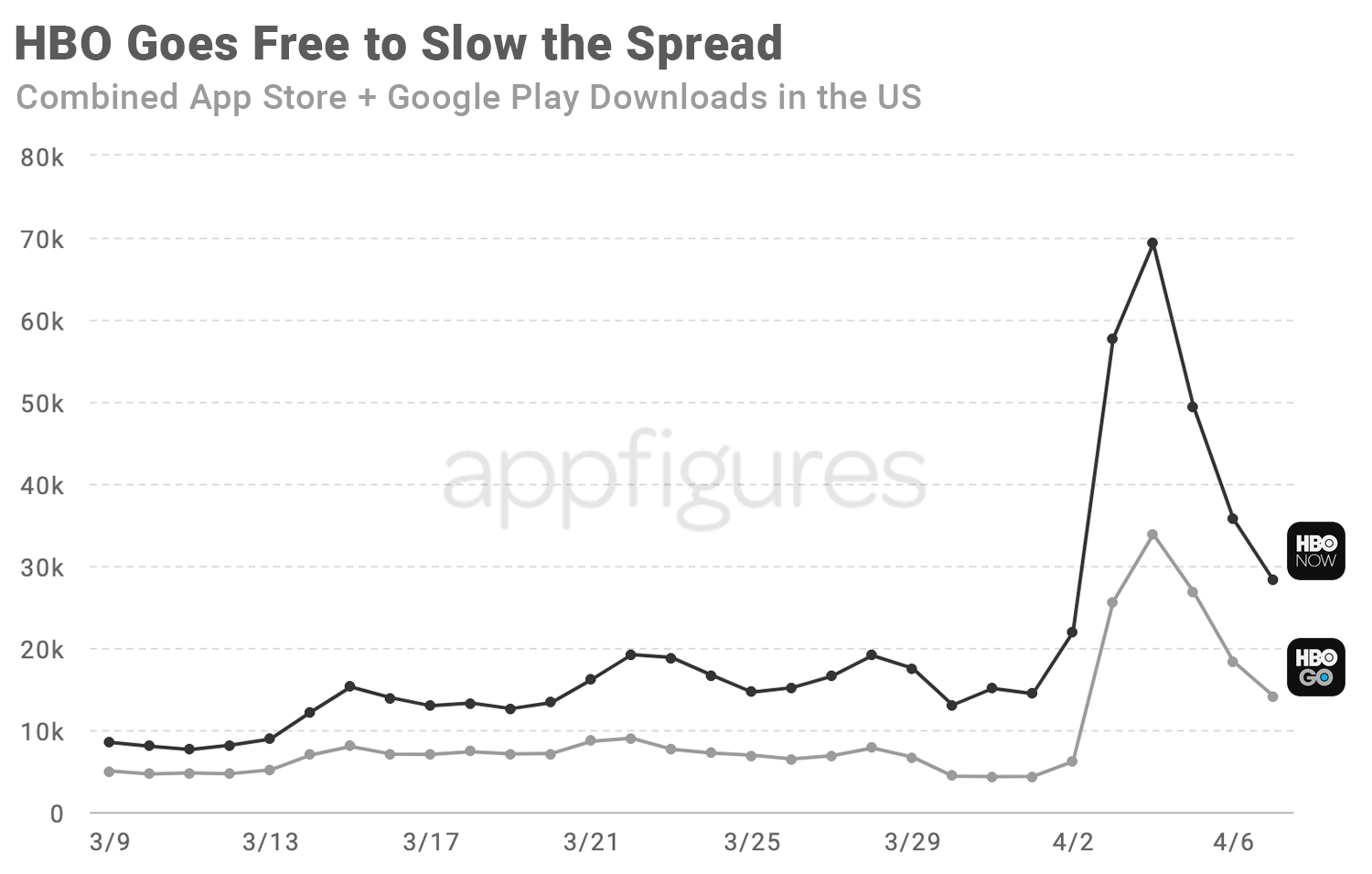 Overnight, downloads jumped by a factor of five, bumping downloads across the App Store and Google Play from roughly 20,000/day to more than 100,000, a 5x increase. Although both of HBO's apps, GO and NOW, saw a sharp increase in downloads, HBO NOW, the app that doesn't require a cable subscription, had the most absolute-growth. The app hit almost 70,000 downloads on April 4th, an additional 55,000 downloads vs. the average.

The only other time HBO NOW hit a higher number was during the release of Game of Thrones season 8 last April.

If HBO can convince these free streamers to subscribe at the end of the lockdown, the service could see unprecedented growth.

Lots of Room to Grow

While impressive, HBO's downloads are still much lower than direct competitors like Netflix, Amazon Prime Video, Hulu, and Disney+, which recently arrived in Europe. 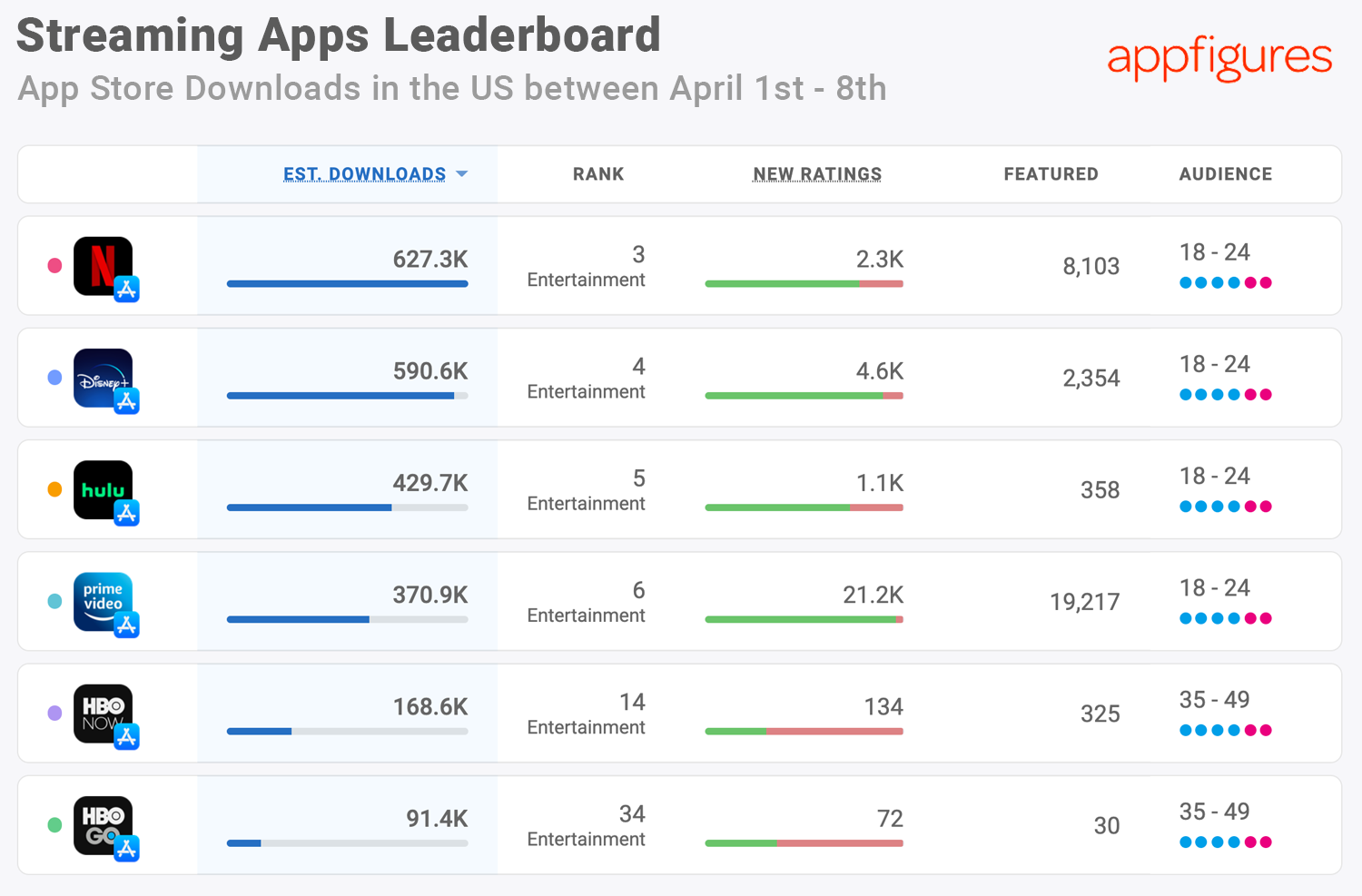 Other than downloads, another difference is that HBO's average consumer is older than the rest of the pack. While Netflix, Hulu, Amazon Prime, and Disney+ are downloaded most by 18-24 year olds, HBO's primary downloader is two age groups above that. Likely because HBO was the king of content in the "before" days, where content came through cable.