The Most Downloaded Mobile Apps in January 2021

2021 is off to a busy start, and if things continue the way January did, we're in for a lot of turbulence, which in our industry means opportunity. Let's take a look at who's won January. In other words, who's trying to beat TikTok.

We've Got a New Winner!

TikTok commanded the App Store in January, just like it did in December, with an astounding number of downloads. Not much can stop TikTok there. On Google Play, which has a more global audience, December's champion, Telegram, continued its reign. 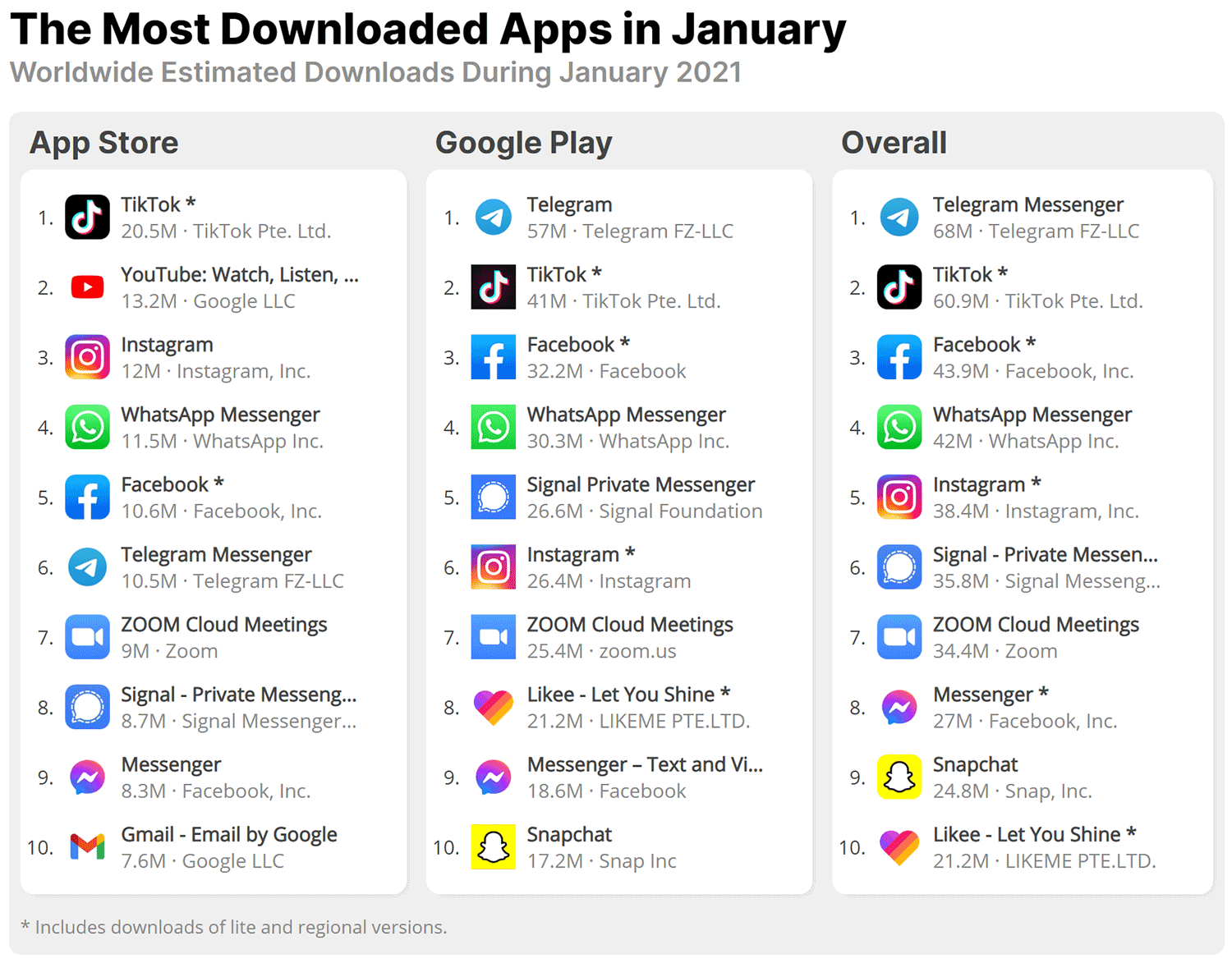 Unlike December, however, Telegram managed to take first place overall with 68M estimated downloads, thanks to a slip up by WhatsApp that started a mass exodus. More on that below.

The usual suspects, including Facebook's quartet with 161M estimated downloads, Snapchat with 25M, and Likee with 21M, are all still there. The downloads are a bit lower compared to December, but that's to be expected since December is the month for new device activations.

We Need to Chat

The most significant trend in January was messengers. It all started when WhatsApp announced new terms, which vaguely mentioned taking everyone's contact list and giving it to Facebook, which most, including Elon Musk and Edward Snowden, really disliked. 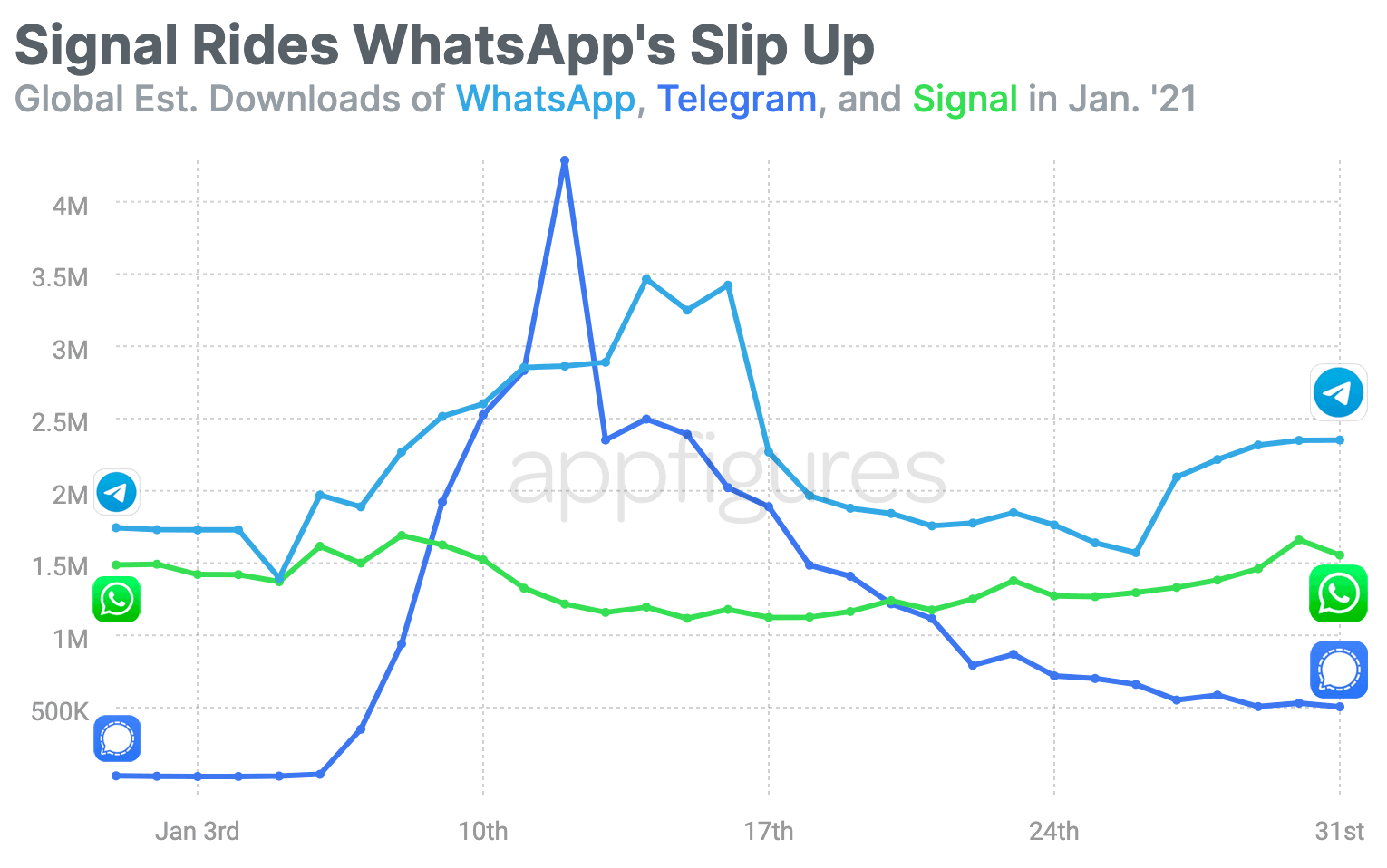 WhatsApp's mistake lead to an exodus of users and a loss of 30% of new downloads for much of the month. Not only that, those who left found a new home in the much lesser known Signal, which saw downloads climb from 23K in early January to more than 4.3M after Musk and Snowden recommended using it over WhatsApp.

Telegram, similarly, saw an influx of demand. Telegram's already beating WhatsApp, but the slip up lead to more than twice the daily downloads for a few weeks.

Although chatter about messengers died down at the end of January talk isn't over. Clubhouse, an audio-first social network, has taken center-stage and may even make an appearance in February's top list, even though it's still invite-only and only available for iOS.