March numbers are in! We've crunched the numbers and ranked apps by downloads to bring the most downloaded apps in March across the App Store, Google Play, as well as combined.

The last few months have been somewhat tumultuous in apps, fueled by politics and other world events. But March saw an end to those, which, naturally, "restored" the most downloaded apps back to simpler times when Google and Facebook had control. 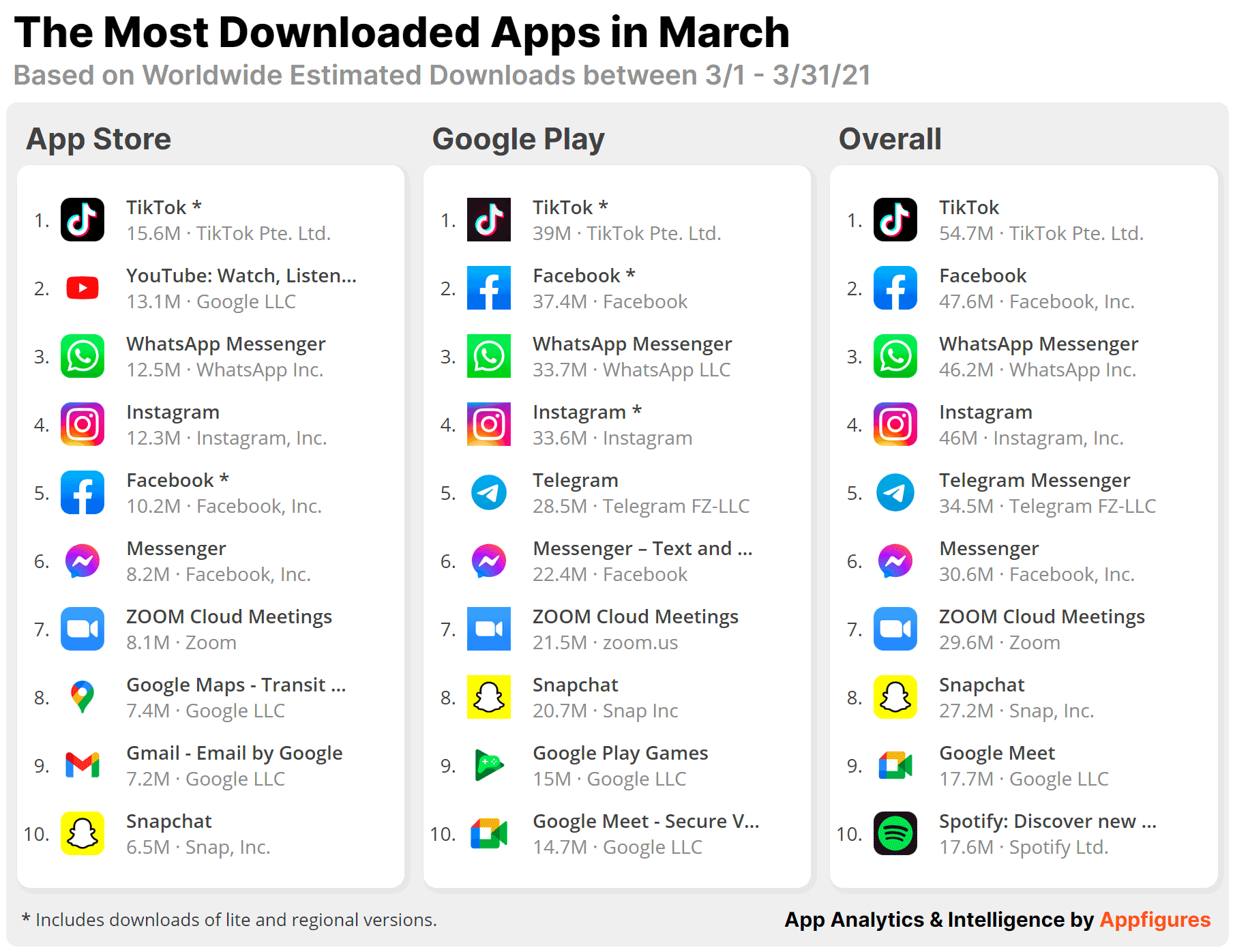 Facebook and Google are indeed on top. So much so that the top 10 across the App Store, Google Play, and combined, are nearly identical. In another return to normalcy, TikTok's unstoppable is back on display. With demand for chat service Telegram down in March, TikTok is back to being the king of downloads.

Zoom, Snapchat, and Spotify were the only other apps to make it into the top 10. The first two aren't strangers to the list, but Spotify is making a debut. It's been close for quite a while now, but before March hasn't cracked it yet. More on that, below.

Together, the most downloaded apps in the world across the App Store and Google Play were downloaded roughly 352 million times, about 6% higher than February's batch.

All Aboard the Money Train

In terms of revenue, March continues a very strong 2021 in the US App Store. We can see just how steep the trend is by looking at the Mobile Revenue Index. 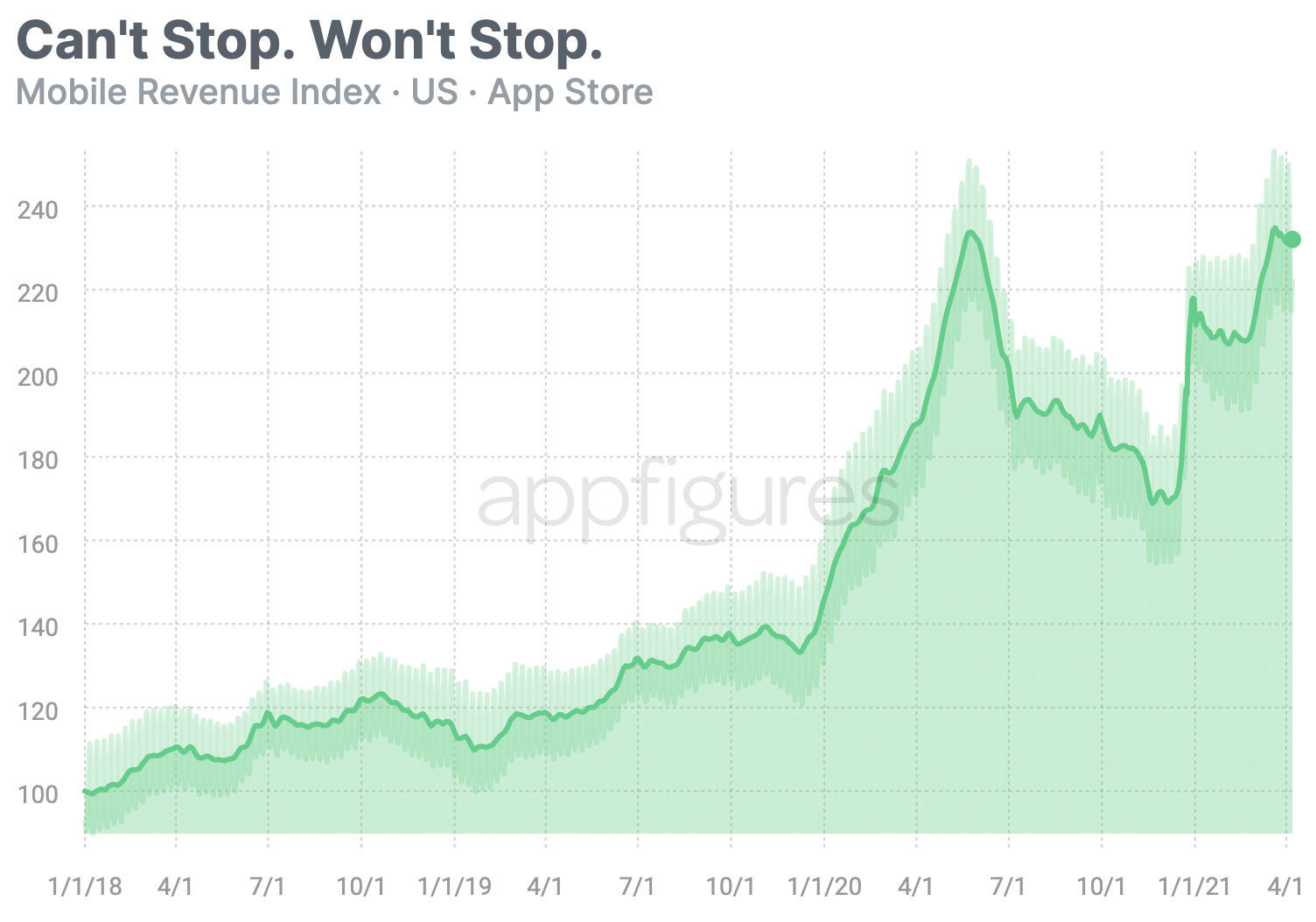 The Mobile Revenue Index looks at the revenue of the top apps every day, and removed the daily choppiness it out using our proprietary algorithm, so what we're looking at here is how much more revenue is now in the App Store. Today's value, 232.02, means that there's more than double the revenue now vs. 2018, the year we index the values to.

Looking at how we got here, the trend tells a pretty accurate story. The lockdowns of 2020 increased demand for apps and games, but while downloads, which are free for the most part, jumped exponentially, revenue grew at a more natural rate. The demand was there, but considering the uncertainty and loss of income for many, it wasn't as fast.

Then the summer came and with it a big increase in demand for games, which tends to be more inelastic, which explains the growth we see around June.

This year's revenue growth isn't a knee-jerk reaction, however. Although downloads have leveled off, revenue continues to grow at a rate much higher than pre-pandemic so far in 2021, signaling that consumers are now more willing to pay in-app or to subscribe to a paid service.

That's great news for app makers, especially now that both Apple and Google have reduced their fees for the majority of developers. In other words, this growth means more developers, small and large, can become (and remain) sustainable for the long term.