The Top Mobile Apps in May by Downloads and Revenue

May was a pretty quiet month in mobile. Other than the continued impact of Apple's App Tracking Transparency, most things were humming along. We can see that from May's most downloaded apps.

The top apps in may, much like months before, revolve around communicating. All but one, actually. Let's have a look at the most downloaded apps worldwide: 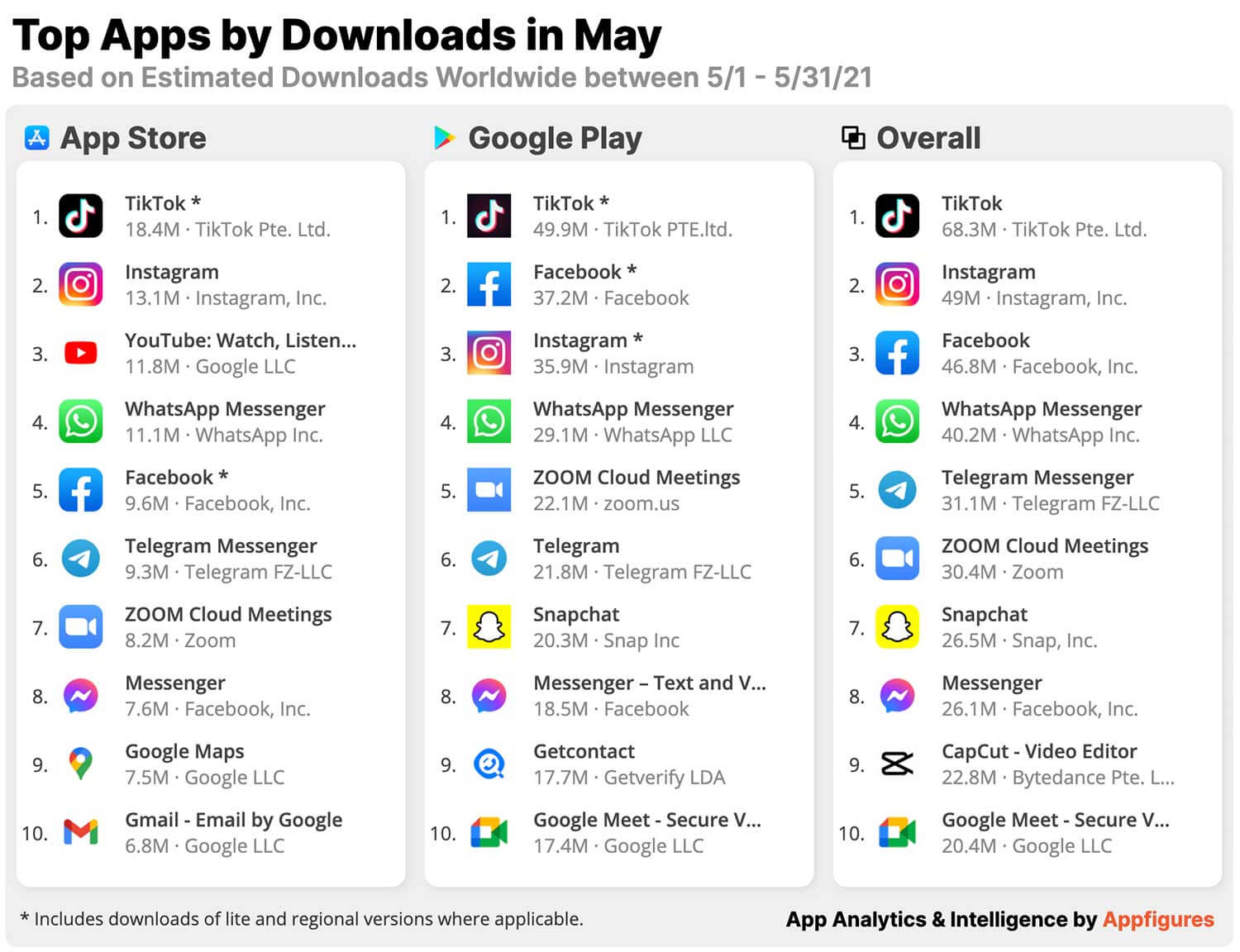 TikTok was the most downloaded app in the world in May, earning more than 68M downloads, according to our estimates. TikTok was also April's winner, but in May, it saw even more downloads across stores.

One thing to keep in mind for the future is that the political power struggle between the world and China continues, and TikTok's growth is in the balance.

Facebook's trio, including Instagram, Facebook, and WhatsApp, and Telegram, round up the top 5 most downloaded apps in the world, as Facebook continues to maintain its dominance.

Telegram's downloads grew ~10% from April, which is why it entered the top 5, having been 6th last month. The other noteworthy mention goes to Capcut, TikTok's video editor, which grew 30% month over month. This one's important to watch.

Together, the top 10 most downloaded apps in the world were downloaded 362 million times in May. That's a tad under 30 million, or 7%, more downloads than what we saw in April.

In May, video streaming was the name of the game.

Let's have a look at the apps that earned the most net revenue in May in the U.S. across the App Store and Google Play: 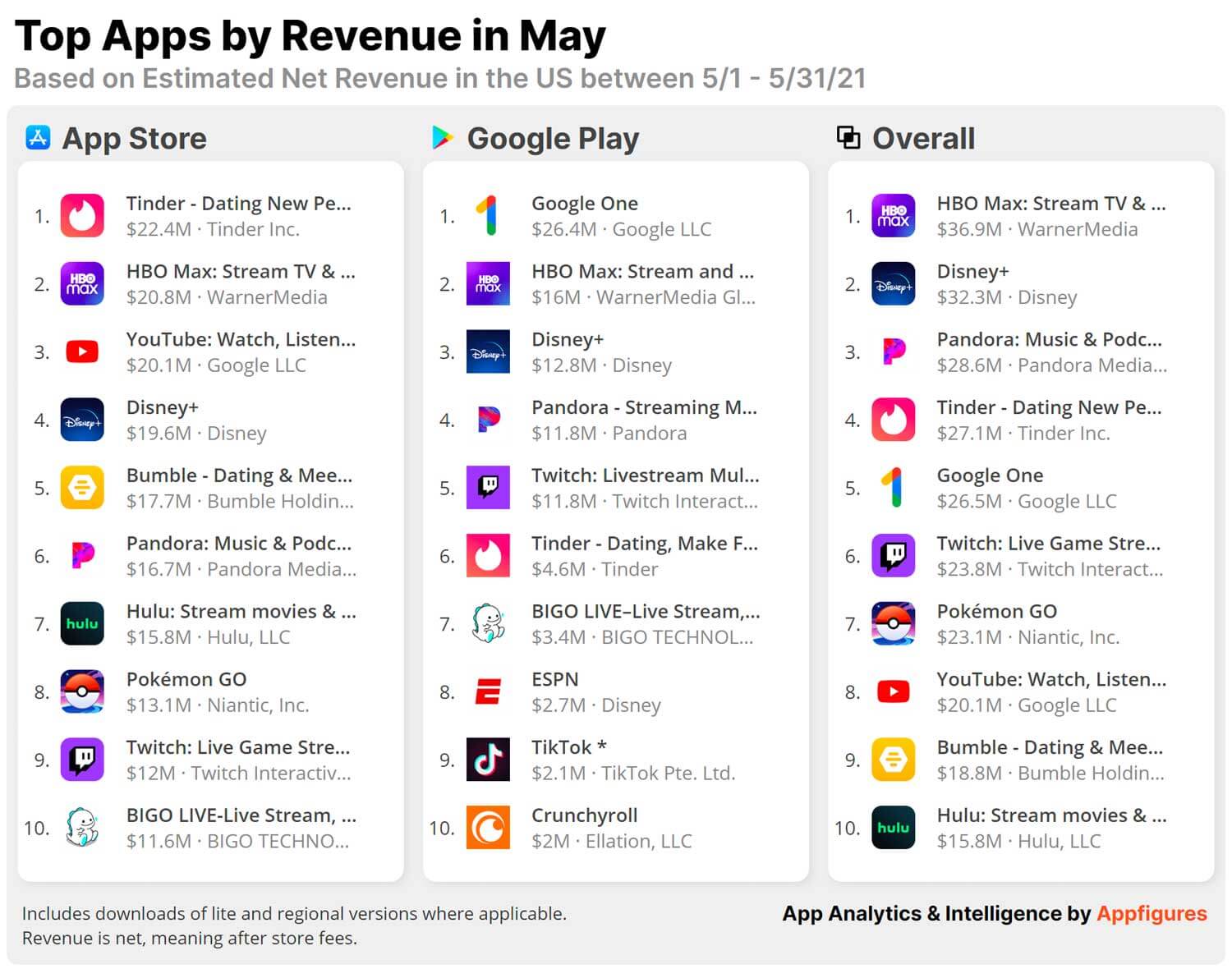 Putting dating apps and Google One aside for a minute, do you see what's common with the rest?

If you're thinking, "hmm, they all seem to stream something..", you'd be on to something!

HBO Max earned the most across both stores in May, according to our App Intelligence, with a massive haul of $37M of net revenue across both platforms. Max's worked very hard for that revenue, putting out exclusive after exclusive and making sure to advertise them everywhere they can.

HBO Max's journey is also interesting because, unlike Disney+, #2 on the list of top earners with $32M in net revenue, they treat its streaming app just like they do movie theater releases, even now that lockdowns have mostly been eased.

This is the first time we're ranking and publishing this list, so month-over-month comparisons will have to wait until the next installment. For now, we'll leave you with this: The top 10 earning apps, combined, added $253M in net revenue to their bottom lines in May, and that's after Apple and Google took their cut.