🎮 The Most Downloaded Mobile Games in April

April came and went, which means a new report on the most downloaded games, and this month we have a surprise! Keep reading for both.

IN previous months, the most downloaded list has been half revolving door of hyper-casual titles and half incumbents. Give or take a game. April is, for the most part, similar, but with a few noteworthy twists. 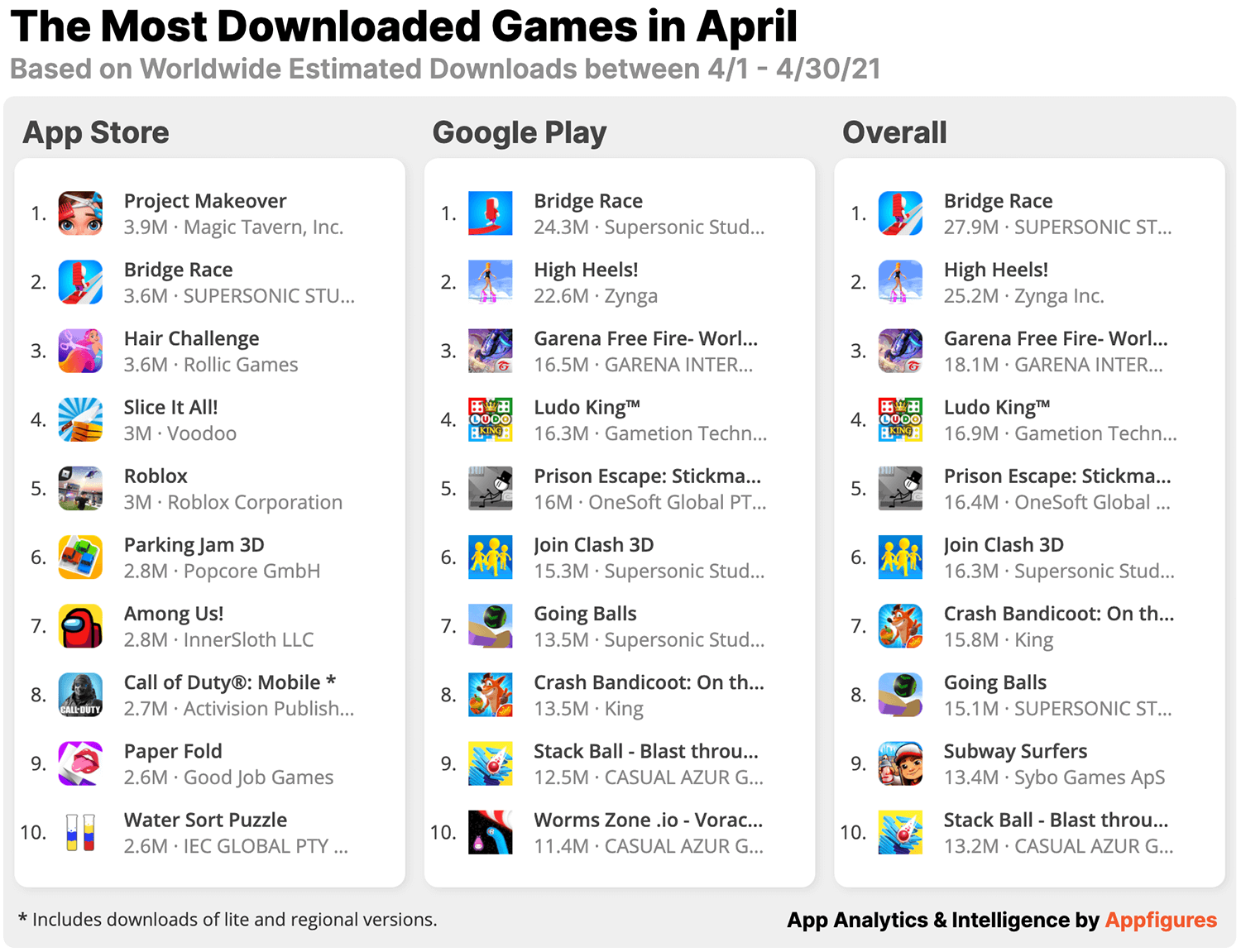 Bridge Race also took the #2 position in the App Store, which allowed it to claim the #1 position in the combined list as well, sporting almost 28M downloads worldwide across the platforms.

On the App Store, incumbents Call of Duty, Roblox, and Among Us! are still where they were last month. On Google Play, last month's king, Join Clash 3D, has lost 5 ranks and nearly 10M downloads, making way for Ludo King and Prison Escape.

High Heels is back, rising to become the #2 most downloaded game on Google Play and overall, with Garena Freefire, down one to claim the third spot.

Together, the top 10 most downloaded games earned 178M downloads in April. If you're keeping track, that's a 10% increase from March's total.

Downloads offer a pretty good picture of who's landing in iPhones and Androids, but there's another side to this story. That side answers the question of who actually makes money.

That answer differs a lot from the table above, and starting this month, we'll be including it in our reports. 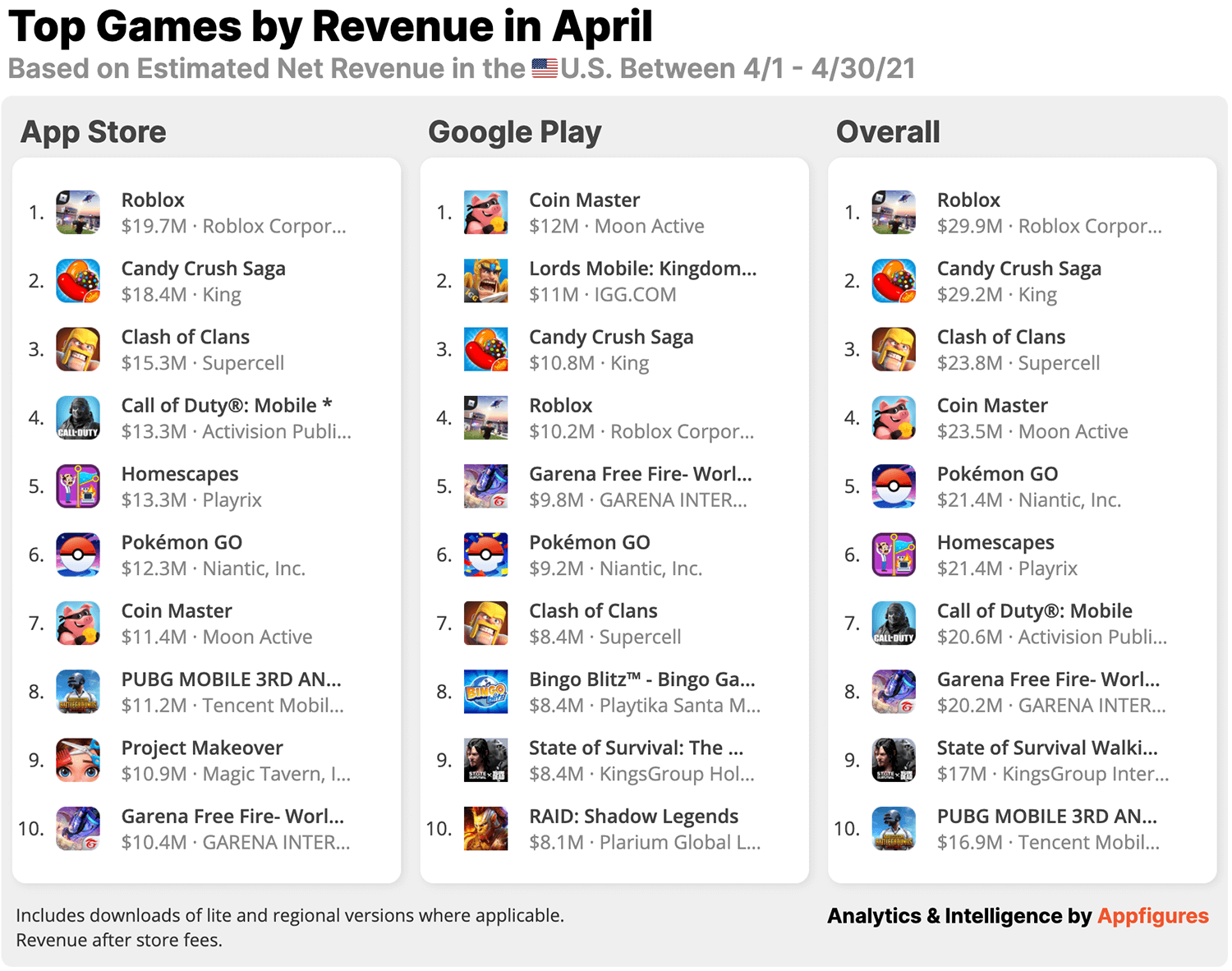 In the US, it's the big brands that get top coin. Roblox, Candy Crush, and Clash of Clans lead the App Store, with more than $53M of new revenue combined, according to our App Intelligence. Those same three also rank as the top 3 earners in the combined list.

In the U.S., Revenue in the App Store far exceeds that from Google Play, and no title is immune.

Speaking of Google Play... Coin Master, Lords Mobile, and Candy Crush were the top earners on that side of the fence, with a combined estimated total of $34M in net revenue in April.

Why net and not gross? We use net revenue in our reports and not gross revenue because with 15%/30% rules which both stores now offer, it's more relevant to know what the developers take home and not what end users actually pay. To us, at least.

Together, our estimates show the top 10 earners across both platforms in the US brought in $224M of net revenue in April.

Let's see how those numbers trend as we inch closer to summer.