Summer's in full swing, so is App Tracking Transparency which has wreaked havoc on publishers and advertisers. In-app purchases, luckily, continue to grow. Let's look at which apps saw the most download and revenue in July.

The Top Games by Downloads 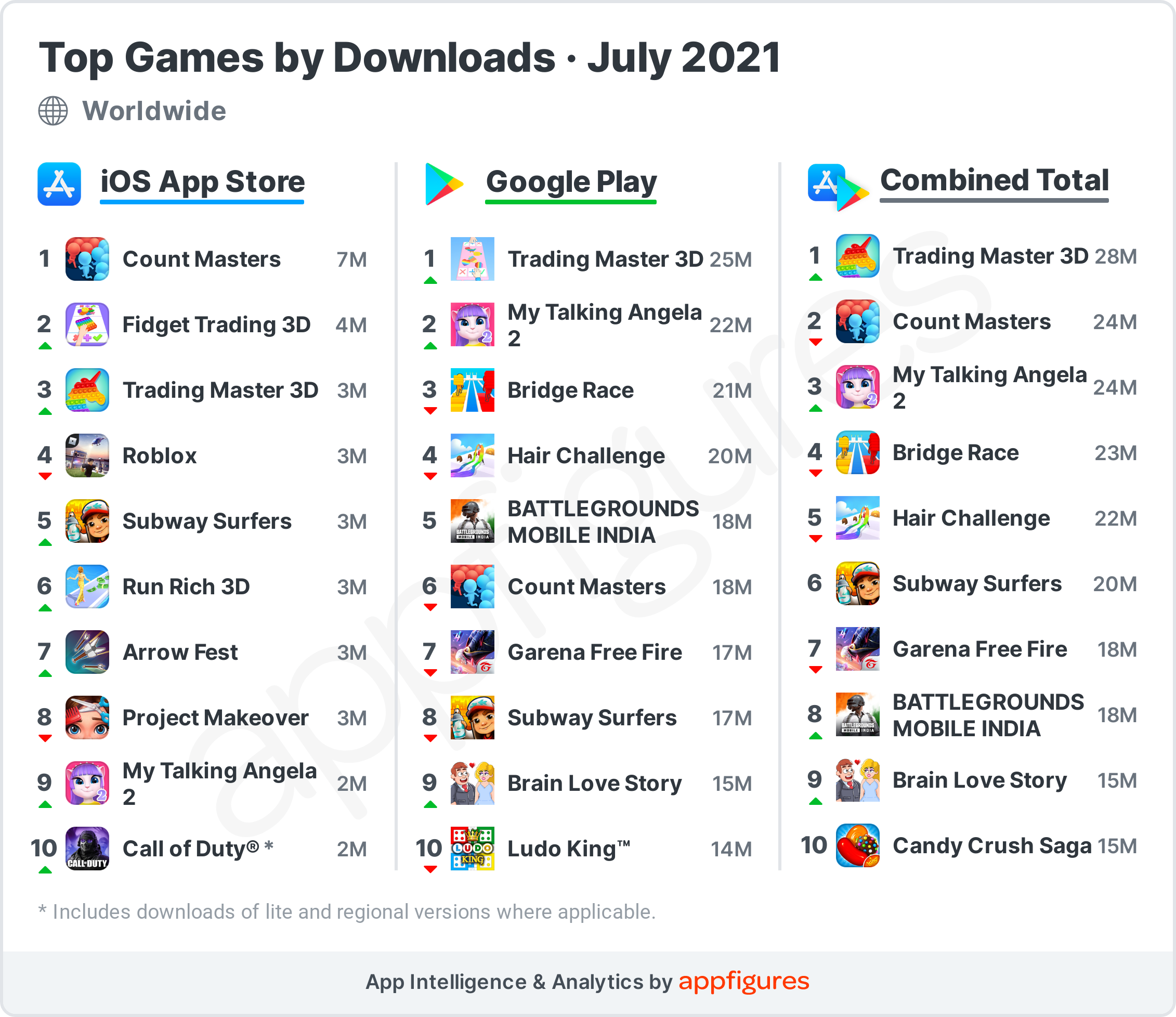 A notable drop from last month is Garena Free Fire, which lost three spots to end up in #7, while Candy Crush and Subway Surfers both remained planted at #10 and #6, respectively.

Battlegrounds Mobile, which launched on July 2nd, managed to snag the 5th spot across Google Play and 8th overall, with an estimated 18M downloads, just from India and just on Google Play, and without the PUBG branding.

FYI - Battlegrounds Mobile is PUBG, but for India, because the original PUBG was banned in India last year. We'd normally combine downloads for all regional versions together, but this is a different game with a separate account system, so we decided to keep them separate.

Combined, the top 10 games recorded 206M downloads globally and across stores, according to our estimates. Almost the same as June, which was fairly similar to May, which means things are pretty stable.

The Top Games by Revenue 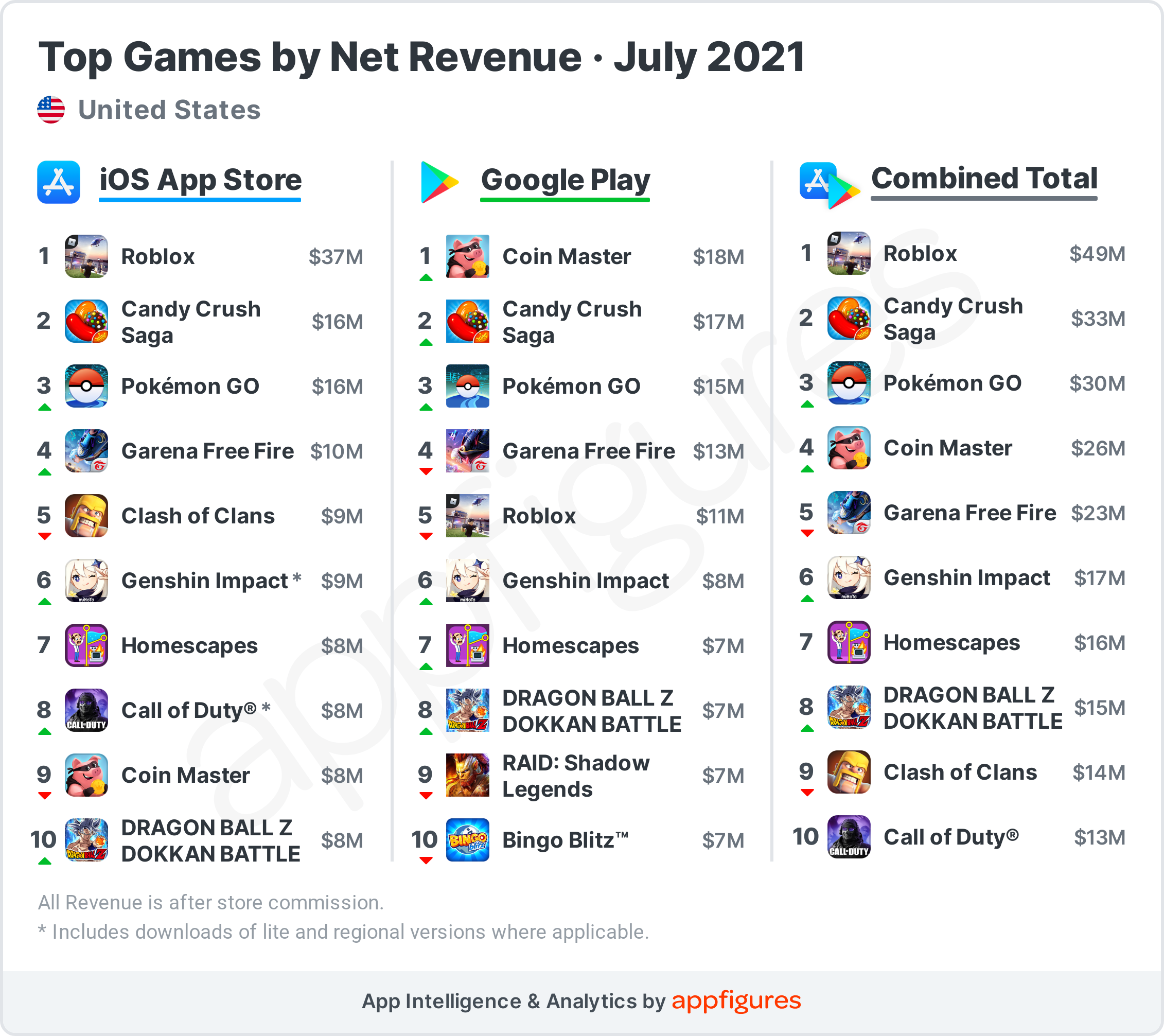 According to our app intelligence, Roblox was the top earner in July in the U.S. across the App Store and Google Play. It earned $49M in net revenue in the U.S., with most of that revenue coming from the App Store. Roblox has occupied the #1 spot since we started ranking games by revenue.

Candy Crush, Pokémon Go, Coin Master, and Garena Free Fire were right behind, rounding out the top 5. Does this list look familiar? It should. These were also the top 5 in June and in May, albeit a bit shifted.

The bottom portion of the list has seen a bit more variety month over month, but that too, only a little.

Together, the top 10 games with the most revenue in the U.S. earned $235M in net revenue in July from both the App Store and Google Play, according to our estimates. An 18% increase from June, but a fairly similar total to May.