🎮 The Top Mobile Games in June by Downloads and Revenue

Summer's in full swing. A great time for an increase in downloads of games that are pushed by ads. Right?

Let's start with downloads. We aggregated downloads for all apps across countries and platform (Apple and Google) to find the ones downloads the most in July: 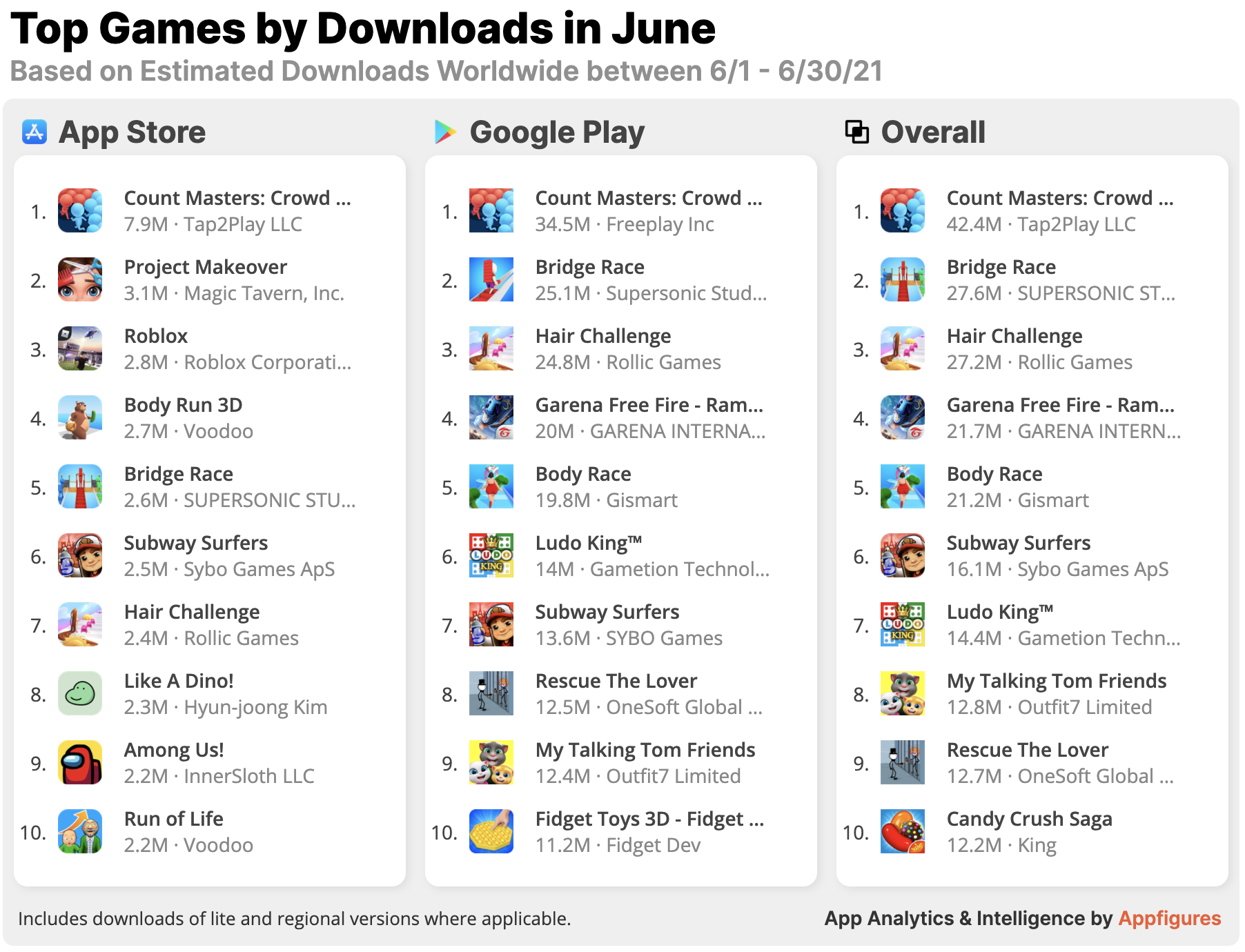 Count Masters, a new entrant from Tap2Play, was the most downloaded game in the world in June. The title made its way into more than 42M iOS and Android devices globally, according to our app intelligence.

This total is a bit higher than the first place in May. Incidentally, May's most downloaded game was June's second-place winner.

Bridge Race, from Supersonic, has had a good run holding on to the top position for a few months. It ended June with 27M downloads. Not a small number, but also about (40%) lower than May's haul.

For an app that monetizes with ads, this isn't great.

If we continue to look at the list, especially on the Apple side, downloads are lower across both stores. I suspect this is a direct result of App Tracking Transparency's impact on ad pricing. iOS 14.5, which brough ATT, has only been out for a few months, but adoption was swift (pun intended).

Other interesting tidbits include Among Us! showing its face in #9 on the App Store with 2.2M downloads. Not a lot, but it's nice to see it's still hanging on. Garena Free Fire grew by a massive 25% from April, and new we also have a couple of newbies: Like a Dino and Fidget Toys 3D.

Together, the top 10 most downloaded games in the world were downloaded 208 million times in June. That's pretty much the same as May.

Switching gears, let's look at which games earned the most in the U.S. and remember, this is net revenue we're looking at, so what the developer takes after Apple and Google take their fee. 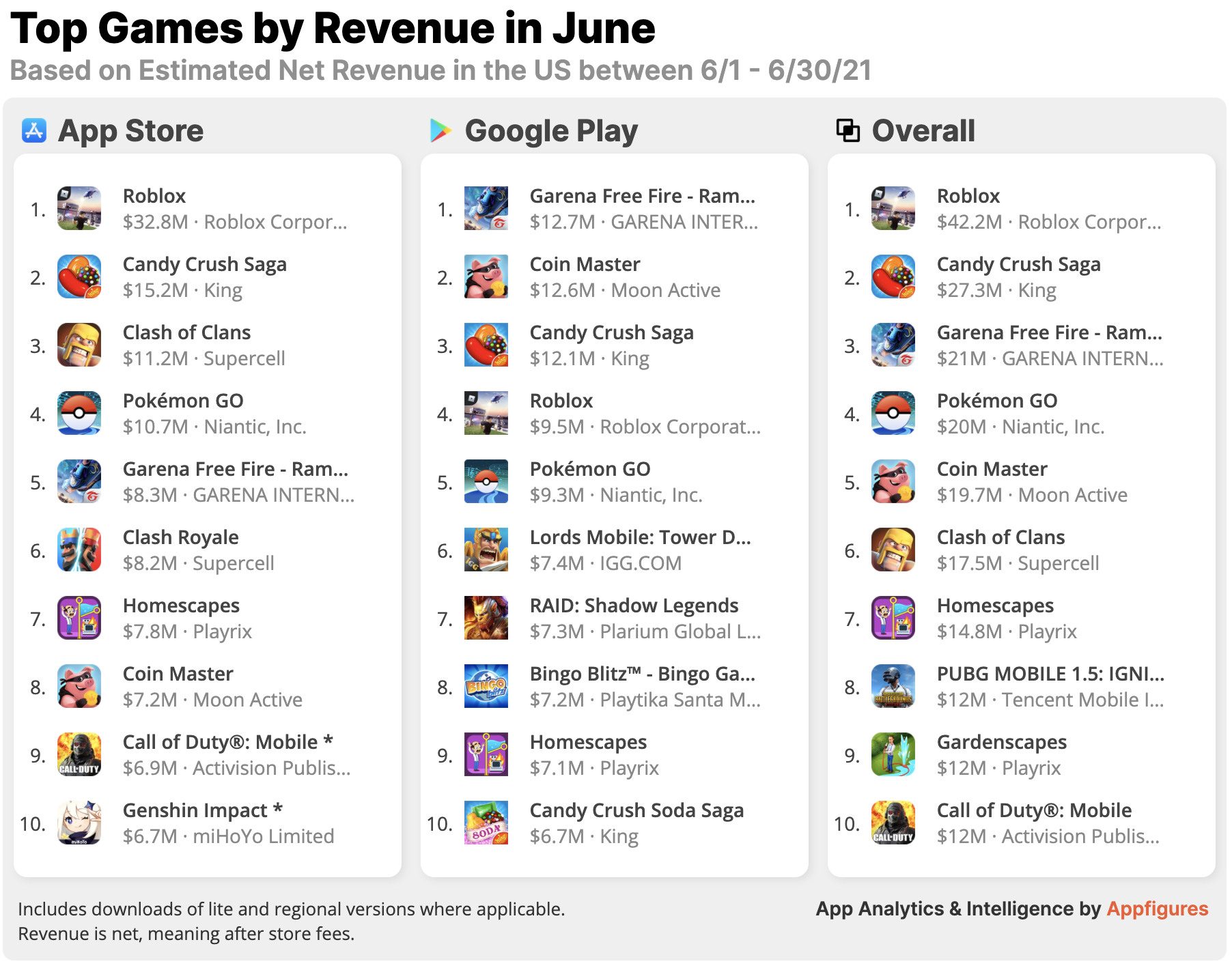 Roblox continued its domination in June, hauling in more than $42M of net revenue in the U.S. based on our estimates. That's a whopping 32% increase from May! The stock had a pretty strong rally in June, which aligns with these numbers.

The rest of the list is nearly identical to May's. Candy Crush with $27M and Garena Free Fire with $21M of net revenue, in the second and third spots in the U.S. across both platforms, according to our estimates. But, both managed to earn a bunch less than May.

Is the slump also related to ATT? That's a bit harder to conclude but won't be a surprise. These apps rely on acquiring a massive number of new users for direct revenue, which ATT is making more challenging without a bigger investment.