🎮 The Top Mobile Games in October

September was a pretty slow month in terms of downloads and revenue for games. Did that change in October? Absolutely!

A Max Kind of Month 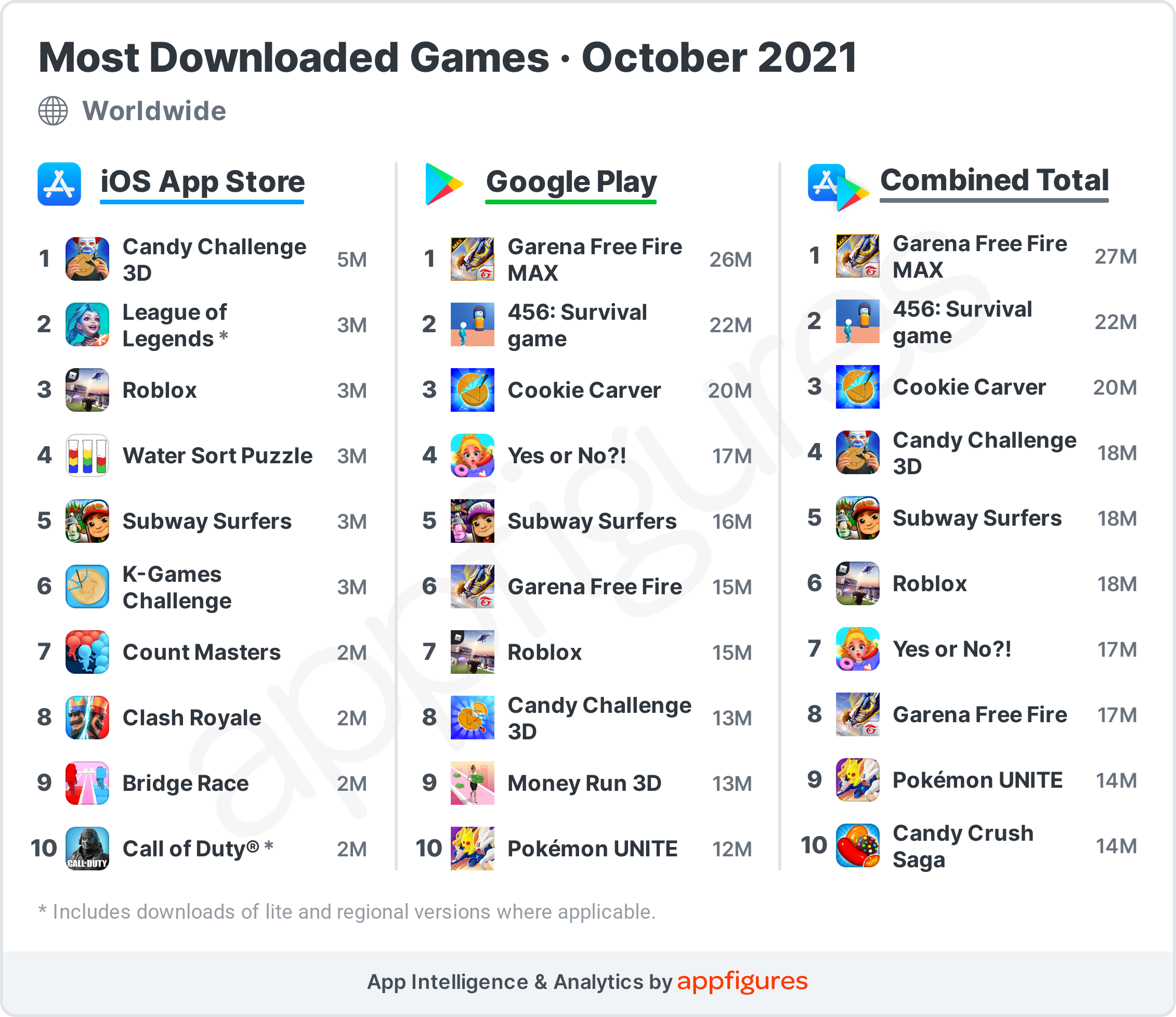 Garena Free Fire Max, a new version of the popular game, took the crown this month. It saw more than 27 million downloads across the App Store and Google Play, according to our estimates.

Hyper casuals usually win this spot, but not in October!

But... Right behind it was 456: Survival game, which earned its second place with 26 million downloads worldwide. I count 4 hyper-casual games in the top 10 this month.

Zooming in on the App Store for a quick minute, League of Legends made its way into #2 on super-strong growth in China.

Together, the top 10 most downloaded apps in the world saw a combined total of 185 million downloads in October. I'd say this is a whopping increase over September's 157 million haul. But... it's still a few million shy of August, so let's just say it's "climbing". 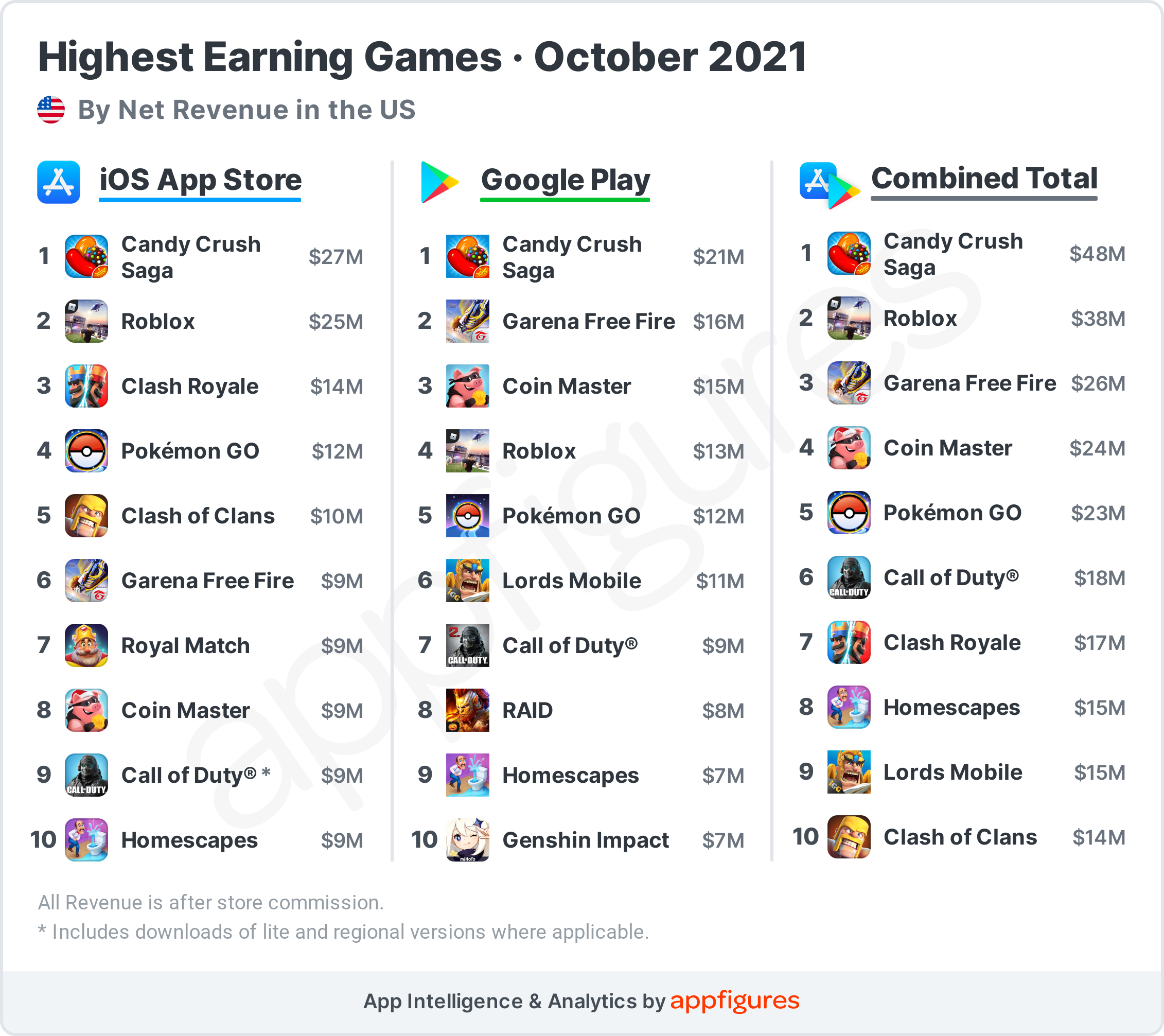 Candy Crush was, again, the highest-earning game in the US, with a bottom line of $48M in net revenue according to our estimates. It grew 15% month over month and dominated both the App Store and Google Play, ranking first across the board. A quadruple win!

Roblox was right behind it with $38M of net revenue, according to our estimates. It's a few million short of September, but still very respectable.

Notably absent from this month's combined list is Genshin Impact. It's still making money, and managed to squeeze in at #10 on the Google Play side of things, but I have a feeling we'll see it return to its expected glory next month.

If you're comparing this report to last month's, you'll note it's very similar. There is a slight difference though, and that's the total.

Together, the top 10 highest earners saw $238M of net revenue flow in during October. That's an 11% increase over September's total, but September was a slow month, so this is more about going back to normal.